Good morning and welcome to episode 661 of ‘Talking Bull’. In this video/podcast we cover the main headlines and what to expect from the day ahead.

Joe, Steve and Jamie were all stopped out on thier trades yesterday.

We are currently up 124.85% collectively since we began recording Talking Bull on the 30th October 2019.

The US ISM non-manufacturing index strengthened to 56.7 for July from 55.3 the previous month and well above consensus forecasts of 53.5. There was a stronger rate of growth in business activity and a stronger rate of increase in new orders. The employment sector remained in contraction for the month, but inventories edged lower.

The prices index declined by the largest amount for over 5 years and registered the weakest reading since March 2021.

San Francisco Fed President Daly reiterated the hawkish stance with comments that the central bank has not completed the fight against high inflation. She added that markets are getting ahead of themselves in pricing in rate cuts for 2023.

As far as rate decisions are concerned, she sees a 50 basis-point rate hike as likely in September, but it could be 75 basis points if the Fed sees inflation roaring ahead.

Minneapolis Head Kashkari stated that a cut in rates in 2023 was very unlikely.

US Yields retreat from intra-day highs

The 10-year bond yield increased to a peak at 2.83% before a retreat to 2.75% later in the session. There was a further net retreat in yields on Thursday as it traded around 2.72% while the yield curve inversion deepened.

Swiss consumer prices were unchanged for July compared with consensus forecasts of a 0.1% decline, although the year-on-year rate was unchanged at 3.4% and slightly below market expectations.

The Swiss franc steadily lost ground during the day with a dip in expectations that the National Bank would decide on any intra-meeting move to raise interest rates.

The Bank of England will announce its interest rate decision and release the latest Monetary Policy Report on Thursday.

Consensus forecasts are for a further increase of 50 basis points to 1.75% with the minority backing a 25 basis-point increase.

Forward guidance from the bank will be very important for market reaction. 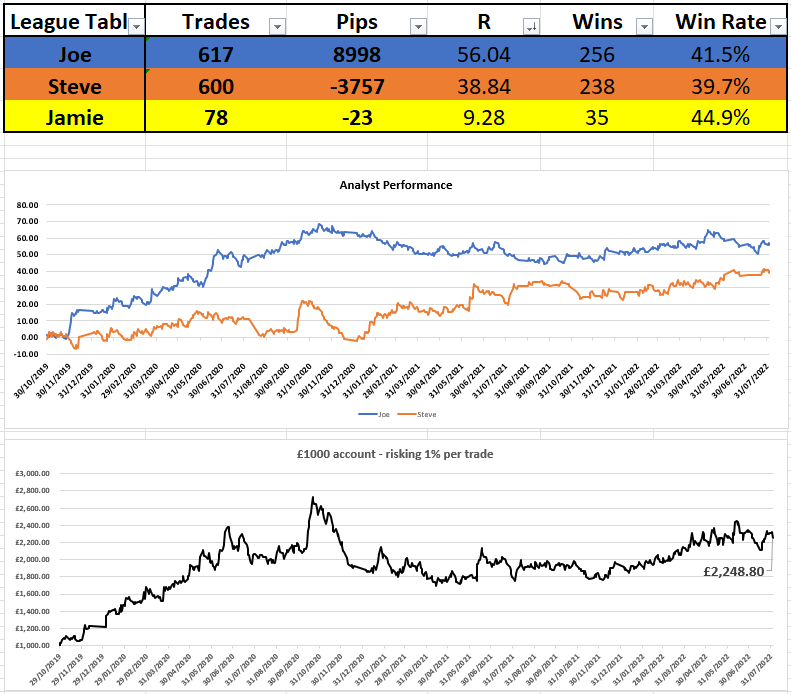