Caution ahead of US CPI data. 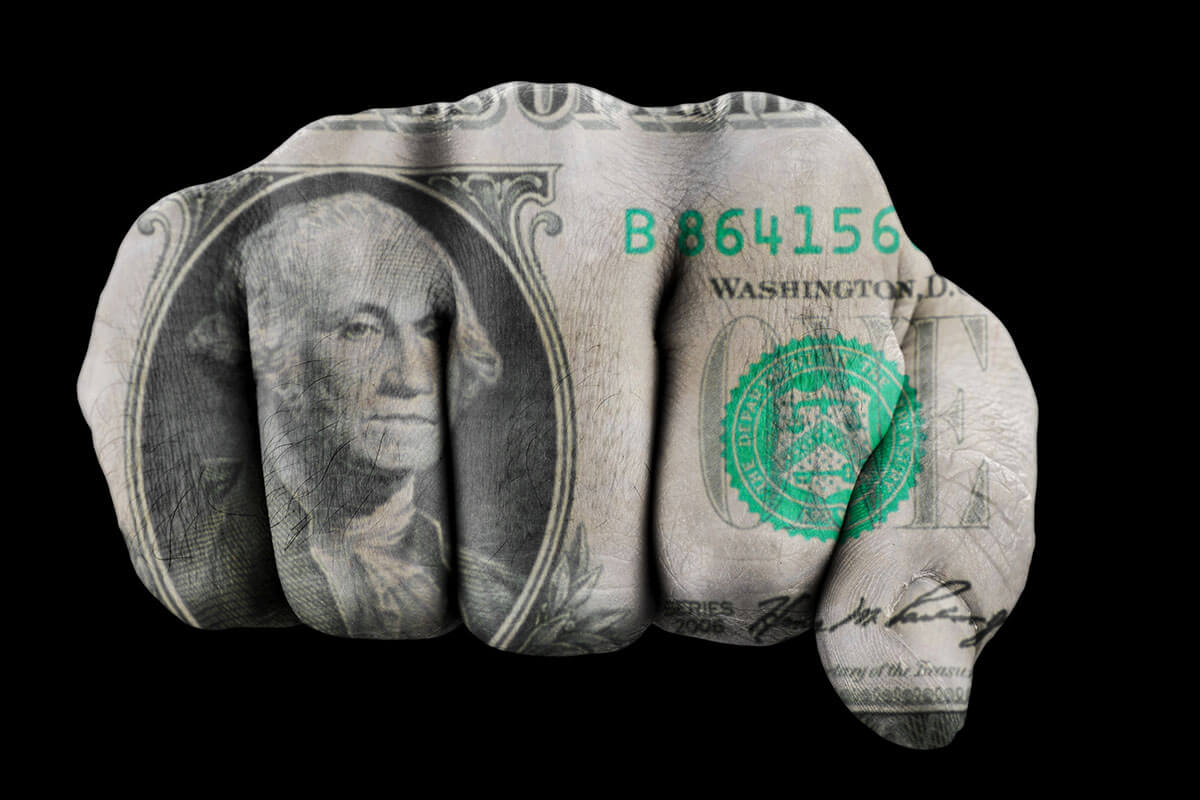 ECB council member Schnabel stated that in all likelihood inflation will noticeably decrease as soon as next year. She added that a premature policy tightening in response to a temporary increase in inflation would choke the recovery, but added that the bank would act resolutely and quickly should inflation reach 2% sustainably earlier than expected. The inflation data will be monitored closely in the short term.

The Euro remained on defensive ahead of Monday’s New York open and tended to drift lower. Commodity currencies were able to resist selling pressure, but the dollar strengthened to 2-week highs with EUR/USD retreating to lows around 1.1770.

The dollar was unable to hold its best levels and EUR/USD recovered to trade just above 1.1800 at the European close with a lack of conviction over direction.

In its latest survey, the New York Federal Reserve reported that one-year inflation expectations had increased to 5.2% from 4.9% with three-year expectations at 4.0% from 3.7%, maintaining underlying concerns over inflation pressures.

The latest US CPI inflation data will be watched closely on Tuesday given the potential importance for interest rate expectations. Consensus forecasts are for a headline increase in prices of 0.4% and an underlying increase of 0.3%. Strong data would increase pressure for a Fed tightening while a weaker release would provide relief.

The dollar was unable to regain momentum on Tuesday and EUR/USD traded just above 1.1800 as narrow ranges prevailed.

Equity markets maintained a firm tone into the New York open, although the Japanese currency was resilient with the dollar unable to make significant headway with little net change in bond yields which sapped potential US support and USD/JPY held around 110.0.

There were no comments from Federal Reserve officials with the blackout period in effect ahead of next week’s policy meeting, but there were expectations that the Fed would continue the move towards announcing a tapering of asset purchases this year.

The US Federal budget deficit amounted to $171bn for August, slightly below consensus forecasts of $175bn. Markets continued to focus on the risk of not approving a timely increase in the debt ceiling with the dollar held in narrow ranges.

The latest Japanese quarterly business confidence data recorded an overall recovery to 3.3 from -4.7 previously with manufacturing and services sectors both returning to positive territory. There were further reservations over the Chinese property sector and Evergrande in particular, although equity markets overall held steady. USD/JPY consolidated just above 110.00 in early Europe with EUR/JPY close to 130.00.

Sterling drifted lower in early Europe on Monday, but there was GBP/USD buying interest close to 1.3800 and a successful test of support helped trigger a more constructive tone. There were further expectations of underlying capital flows into UK assets which helped underpin sentiment. There were, however, fears that retail energy prices would continue to increase which would risk downward pressure on consumer spending. Latest inflation data is due on Wednesday with expectations of a jump in the headline rate. Overall money market trends continued to underpin the UK currency with futures seeing a 57% probability of a 15-basis-point hike in February.

The latest UK data recorded a 59,000 decline in the claimant count while the unemployment rate edged lower to 4.6% from 4.7%. Headline average earnings growth edged lower to 8.3% from 8.8%, marginally above expectations. Market reaction was limited with GBP/USD edging lower to 1.3835.

Swiss sight deposits declined marginally to CHF714.8bn in the latest week from CHF714.9bn previously which does not suggest that the National Bank had been intervening significantly to weaken the franc in the latest period.

The franc overall lost ground during European trading with expectations that negative interest rates would help drive funds out of the Swiss currency. EUR/CHF strengthened to highs just below the 1.0900 level while USD/CHF posted highs around 0.9240 before correcting slightly.

The franc was little changed on Tuesday with negative rates continuing to sap support and the USD/CHF traded around 0.9220.

The US dollar failed to hold its best levels on Monday while equity markets held firm. In this environment, AUD/USD recovered from lows below 0.7350 to trade around 0.7375 at the European close.

New South Wales recorded a decline in coronavirus cases and there was a net improvement in business confidence for August.

Reserve Bank of Australia Governor Lowe stated that the delta outbreak has delayed and not derailed the recovery. Nevertheless, he reiterated that interest rates were unlikely to rise before 2024 and it was difficult to understand why markets are pricing in rate hikes for 2022 and 2023.

These comments pushed the Australian dollar weaker with AUD/USD dipping to 10-day lows around 0.7335.

The Canadian dollar was underpinned by firm oil prices and USD/CAD retreated to test the 1.2650 area as the US currency retreated after the New York open.

The currency was resilient on Tuesday as oil prices held firm and out-performed other commodity currencies with USD/CAD just above 1.2650.

The Norwegian krone was supported by expectations that the Norges Bank would push ahead with an interest rate increase at next week’s policy meeting.

The Norwegian Prime Minister conceded defeat after the General Election and coalition talks will start among the centre-left parties.

The Swedish krona was able to make gains amid speculation that the Riksbank could adopt a less dovish policy stance at next week’s policy meeting. EUR/SEK retreated to near 10.16.

The latest inflation data will be released on Tuesday with EUR/SEK near 10.17 and USD/SEK around 8.61.

Euro-zone equities were underpinned by solid global conditions on Monday. There were also expectations over regional recovery, but there were still reservations over the upward pressure on costs.

Major UK stocks were able to make headway on Monday with support from the advance in global markets and optimism over capital inflows. There was caution ahead of important UK data releases this week.

Wall Street struggled for direction with sentiment generally more cautious as markets waited for next week’s Fed policy meeting and there were further concerns that underlying growth had weakened. The S&P 500 index eventually gained 0.2%, but the Nasdaq index declined.

Asian equities were mixed with further reservations over the Chinese outlook.

Japan’s Nikkei 225 index gained 0.7% with a 0.15% gain for the Australian ASX index, although both markets closed before a late slide in Chinese markets.

In its latest monthly report, OPEC forecast that oil demand will exceed pre-pandemic levels in 2022. It also stated that demand had been resilient in the third quarter of this year, maintaining expectations of a relatively tight crude market.

The report helped underpin crude sentiment and a dollar correction later in the session also underpinned prices with WTI settling around $70.50 p/b at the European close.

Precious metals remained on the defensive ahead of the New York open.

There was, however, a reversal after the Wall Street open as the dollar lost ground.

Cryptocurrencies surged just after the New York open following reports that the US Walmart chain would accept Litecoin as a payment.

Bitcoin surged to highs around $47,000, but he report was subsequently confirmed as fake and coins plunged once again with bitcoin lows below $43,500.

Volatility eased later in the session with a corrective recovery. Markets were still notably cautious over the overall regulatory environment, but bitcoin edged higher to above $45,000 on Tuesday.