ECB President Lagarde reiterated that the conditions for raising interest rates were unlikely to be met in 2022. 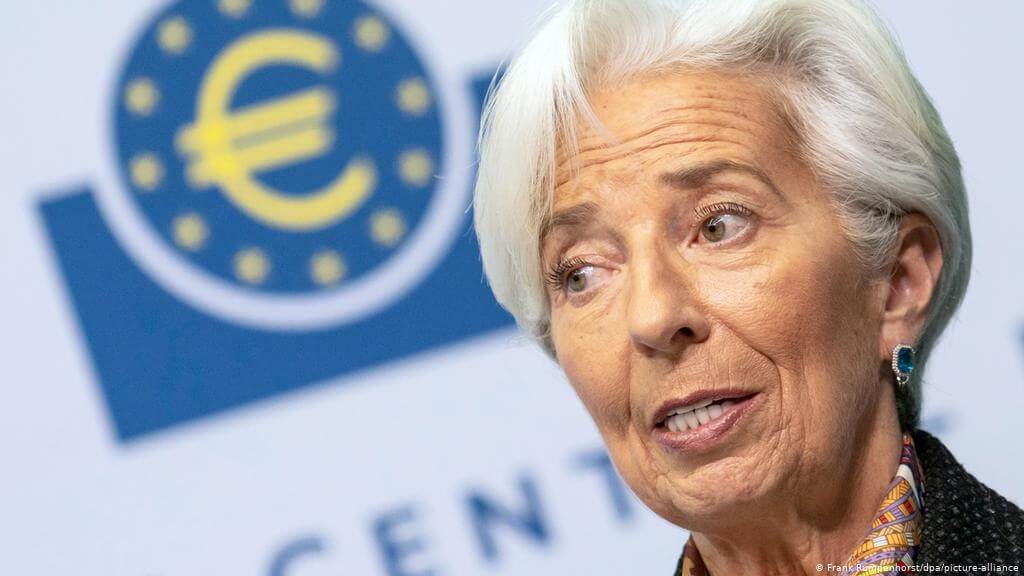 ECB President Lagarde reiterated that the conditions for raising interest rates were unlikely to be met in 2022. She added that tightening monetary policy now to temper high inflation would hurt the recovery and take effect just at the point when inflation was coming down. In this context, such a move would do more harm than good. She added that it was better to nurture the recovery through favourable financing conditions. ECB member de Cos stated that the 2023 inflation projections showed inflation below target in 2023.

The dovish ECB rhetoric continued to undermine Euro confidence with the currency unable to make significant headway into the New York open, especially with Euro sentiment also undermined by coronavirus concerns within the Euro area.

The New York Empire manufacturing index strengthened to 30.9 for November from 19.8 the previous month and well above consensus forecasts of 19.8. There was a faster rate of growth in new orders and shipments also increased at a strong rate for the month, although the growth in unfilled orders slowed.

There was a faster rate of growth in employment for the month with the component posting a record high while costs and prices increased at a very strong rate with the prices received index at a record high. Companies were less optimistic over the outlook while prices were expected at a faster rate over the next six months.

The dollar held a firm tone following the data and strengthened to fresh 15-month highs on a trade-weighted basis as the Euro retreated to the lowest level since July 2020. A break below the 1.1400 area triggered further selling with EUR/USD lows around 1.1360 before a marginal recovery on Tuesday as Euro sentiment remained weak.

US Treasuries were mixed at the New York open on Monday with a small increase in the 10-year bond yield as markets waited for further monetary policy developments. Minneapolis Fed President Kashkari maintained a dovish stance and stated that the Federal Reserve should not overreact to temporary factors and that he had seen no evidence of a shift in long-term inflation expectations. Fed rhetoric will continue to be monitored closely.

Markets remained on alert for a decision by President Biden on whether Fed Chair Powell will be nominated for a second term with reports that an announcement was imminent. There was further speculation that Brainard would be nominated instead which would be seen as a dovish move.

Asian equities were again mixed on Tuesday with an element of relief over the rhetoric surrounding talks between Biden and Chinese President Xi.

Sterling drifted ahead of Monday’s New York open with underlying sentiment still fragile. Bank of England MPC member Haskel stated that the economy was only firing on two cylinders and that it’s too early to declare success on getting those on furlough back to work which suggested opposition to a near-term rate hike.

In testimony to the Treasury Select Committee, Bank of England Governor Bailey stated that he is very uneasy about the inflation situation and that all meetings are live for any potential rate hike. He added that the November decision was a close call and that the real puzzle is what happens in the labour market. He did not that there was some evidence of wage settlements creeping higher. Chief economist Pill noted that there were risks in leaving tightening too late, but also noted the risks of going too early. MPC member Saunders reiterated his call for an immediate rate hike given the risks that rates will have to increase faster and further if the bank acts too late.

The overall rhetoric had a hawkish tinge which provided an element of Sterling support, although there was still a high degree of uncertainty.

UK unemployment edged lower to 4.3% in the three months to September from 4.5% with a strong employment increase and record high for vacancies, although underlying earnings growth was slightly weaker than expected. Sterling moved higher following the data with a GBP/USD advance to near 1.3450 while EUR/GBP dipped to 10-day lows below 0.8460.

Swiss sight deposits increased to CHF719.2bn in the latest week from CHF718.4bn the previous week which suggested that the National Bank had slowed the pace of intervention in currency markets. Central bank actions will remain a crucial element in the short term with the potential for higher franc volatility.

The Swiss currency maintained a firm tone into the New York open with EUR/CHF retreating to near 1.0510 while USD/CHF posted net gains to near 0.9250. EUR/CHF remained on the defensive on Tuesday with markets watching the key 1.0500 level very closely given the importance of this level from a technical perspective.

The Australian dollar held a firm tone during Monday with a net advance against major currencies, although AUD/USD was held to around 0.7360 as the US currency posted net gains.

The overall rhetoric was relatively dovish with AUD/USD retreating to around 0.7335.

Bank of Canada Governor Macklem stated that economic slack is not yet absorbed, but it is getting closer.

The Canadian dollar held a firm tone on Monday despite a retreat in oil prices. USD/CAD did find support close to 1.2500 before stabilising round 1.2515 at the European close.

The Canadian currency held firm on Tuesday with USD/CAD close to 1.2520.

The Swedish krona posted a limited net advance after the data, but EUR/SEK found support below 10.00 and consolidated just above this level.

There was little change on Tuesday with USD/SEK just below 8.80.

The Norwegian krone was held in tight ranges on Monday and tended to drift lower amid a retreat in oil prices, but a recovery in oil prices helped underpin confidence later in the day.

Euro-zone equities were hampered by losses in the mining sector, but overall sentiment held firm, especially with expectations that the ECB would maintain a very accommodative policy stance and bourses overall posted a fresh record high.

Major UK stocks were also hampered by weakness in the mining sector while Bank of England inflation warnings also kept overall confidence at bay. The FTSE 100 index was in negative territory for most of the day before a marginal gain at the close.

Wall Street stocks were held in tight ranges on Monday with uncertainty over underlying inflation trends offset by near-term optimism over earnings trends and the S&P 500 index closed unchanged.

US futures were little changed on Tuesday with Asian markets again mixed.

Japans Nikkei 225 index gained 0.1% as the dollar posted net gains while the Australian ASX index declined 0.65% amid a retreat in commodities.

Oil prices remained on the defensive on Monday with further reservations over demand conditions as global coronavirus concerns tended to increase again.

The firm US dollar also had a limited negative impact on prices.

WTI lost ground, but did find support below $78.50 per ounce and there was a strong rebound towards the New York close.

Underlying demand for precious metals held firm on Monday with long-term inflation concerns still an important element, but prices were hampered by the firm US dollar, especially with the US currency at 15-month highs.

Gold was little changed on Tuesday with silver trading around $25.00 per ounce.

Cryptocurrencies held firm in early Europe and bitcoin posted a net advance to near $66,500.

Confidence retreated into the New York open and there was sharp selling alter in session as the US dollar gained traction and commodity prices declined.

Bitcoin dipped to lows just below $64,000 late in US trading.

Underlying selling continued during the Asian session with bitcoin sliding to below the $61,000 level.

A firm dollar eroded support and there were further warnings over crypto assets from China.