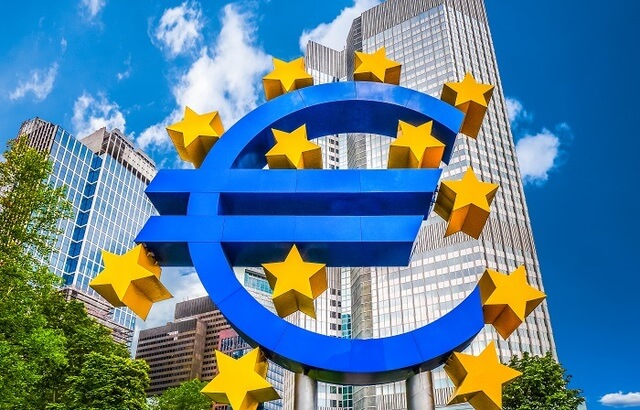 In media comments ahead of the New York open, Atlanta Fed President Bostic stated that recent negative data has likely pushed back the start of tapering and that he does not foresee a decision on slowing asset purchases at this month’s policy meeting. Nevertheless, he also noted that the potential of tapering bond purchases this year remained open. He also stated that he was looking for an interest rate increase in late 2022.

The ECB made no changed to interest rates following the latest policy meeting with the main refi rate held at 0.0%, in line with expectations. The overall PEPP bond-buying programme was left unchanged and due to run until March 2022. Purchases will, however, be reduced from the rate seen in the past two quarters due to an improvement in financing conditions. Bank President Lagarde described this as a recalibration of stimulus for the next three months. She added that the PEPP debate will be handled comprehensively at the December policy meeting. The rate of purchases will slow from EUR80bn per month, but no precise amount was announced with markets expecting a rate of EUR60-70bn.

There was little change in growth forecasts for the next two years while President Lagarde was broadly optimistic over the outlook with comments that slack in the economy is being eliminated faster than expected. Inflation forecasts were revised up slightly with a projected rate of 1.7% for 2022 from 1.5% previously, but Lagarde still expected that most of the inflation pressures would be transitory.

The Euro edged higher following the ECB policy decision, but struggled to gain any significant traction and the overall reaction was muted. Commodity currencies gained ground which curbed dollar support and EUR/USD settled around 1.1825. Narrow ranges prevailed on Friday with EUR/USD close to 1.1830.

The dollar was unable to make headway ahead of Thursday’s New York open with USD/JPY dipping below the 110.00 level.

Initial jobless claims declined to a 17-month low of 310,000 in the latest week from a revised 345,000 previously and below consensus forecasts of 335,000. Continuing claims declined slightly to 2.78mn from 2.81mn, although slightly above market expectations. The data overall maintained confidence in the labour-market outlook.

The dollar, however, was unable to gain significant support and USD/JPY settled around 109.80 at the European close.

Chinese policies remained a significant focus in Asia, especially with a lack of economic data. There were further reservations over the battle against disorderly capitalism. Asian equities posted gains on Friday, however, with President Xi and US President Biden pledged to have a serious dialogue, manage competition and avoid conflict between the two countries. USD/JPY edged higher to 109.90 while EUR/JPY traded close to 130.00.

Sterling was resilient in early Europe on Thursday and gradually gained support during the day. A GBP/USD break above the 1.3800 level helped trigger further net buying. The UK currency gained an element of support from expectations of a tight labour market with a latest survey of employers recording the tightest labour market in history. There was also further evidence of skills shortages and upward pressure on wages.

Markets also considered that there may have been an over-reaction to higher taxes while global central banks remained committed to very supportive policies. Overall, GBP/USD advanced to highs just above 1.3850 while EUR/GBP retreated to 3-week lows around 0.8525.

UK GDP growth for July was held to 0.1% compared with expectations of 0.5%. Other data was mixed with weak construction output offset by a rebound in industrial activity. Immediate reaction was limited with GBP/USD close to 1.3850 with EUR/GBP edging higher to 0.8540.

The Swiss franc resisted renewed selling pressure on Thursday with fresh demand for the Japanese yen also helping to underpin the Swiss currency. There was a measured reaction to the ECB policy statement with expectations of sustained monetary policy support. EUR/CHF again hit resistance close to 1.0900 and retreated to 1.0850 while USD/CHF dipped to 0.9180 at the European close.

The franc held steady on Friday with EUR/CHF trading just below 1.0850 while USD/CHF settled around 0.9170.

Australian dollar sentiment remained notably cautious on Thursday with further concerns over the domestic and global outlook. AUD/USD did make gains, but was blocked below 0.7400 settled around 0.7375.

New South Wales reported a record high coronavirus case count, but markets attempted to look through towards an easing of restrictions once vaccination rates reach the 70% threshold.

There was also some relief over US-China rhetoric and AUD/USD edged higher to 0.7380.

Canadian dollar volatility eased slightly on Thursday with the currency making net gains despite a dip in oil prices.

USD/CAD retreated to below 1.2650 at the European close.

Bank of Canada Governor Macklem stated that the timing of a further tapering of bond purchases will depend on economic developments. He also noted that the economic recovery is choppy and a lot of uncertainties remain.

There was further choppy trading, but USD/CAD settled just below 1.2650 on Friday.

The Norwegian krone was subjected to choppy trading during Thursday, but eventually posted net gains on expectations that yield spreads move in favour of the currency via a Norges Bank tightening.

Overall, EUR/NOK dipped below 10.25 before a limited correction.

Norwegian CPI inflation increased to 3.4% for August from 3.0% previously and above consensus forecasts of 3.1%, although the core rate edged lower to 1.0% from 1.1%.

The Swedish krona also secured net gains with no adverse reaction from the ECB policy meeting and EUR/SEK retreated to 10.17. There was little change on Friday with USD/SEK just above 8.60.

Euro-zone equities overall were held in tight ranges during Thursday. There was an element of relief surrounding the ECB policy decision, but global developments but generally cautious with reservations over Chinese demand conditions.

The German DAX index posted a marginal advance, but the Eurostoxx 50 index was unchanged as Spanish stocks declined.

UK stocks registered significant losses on Thursday with fresh concerns over the global growth environment. There were also concerns that merger-related inflows could slow and the FTSE 100 index declined 1.0% to 1-month lows.

US equities were underpinned by the labour-market data and attempting to rally, but selling resumed later in the session amid underlying uncertainty surrounding the growth outlook. The S&P 500 index retreated for a fourth successive day with a 0.45% decline.

US futures, however, regained ground on Friday and Asian bourses made headway with some relief over the US-China rhetoric.

Oil prices dipped lower on Thursday following reports that China would release some of its crude oil reserves to help ease the pressure from higher raw material prices.

There was, however, strong buying on dips as overall volatility increased.

EIA data recorded an inventory draw of 1.5mn barrels compared with expectations of close to 3.0mn barrels, but there was a substantial draw in gasoline as refinery rates declined sharply.

Precious metals attempted to gain ground when the dollar retreated, although overall buying support was tentative.

Gold consolidated just above $1,790 per ounce with silver finding support below $24.00 per ounce.

There were gains in Asia on Friday with gold testing $1,800 per ounce while silver advanced to $24.20 per ounce.

Cryptocurrencies were subjected to sharp moves at Thursday’s New York open with bitcoin dipping to lows near $45,500 before a quick rebound to above $47,000.

Overall investor confidence attempted to stabilise and there were some long-term bullish price forecasts, but there were still important reservations over regulatory issues.

Overall, Bitcoin consolidated around $46,500 on Friday with markets

Ether also recovered from a dip below $3,400 to trade above $3,500 before fading again on Friday.