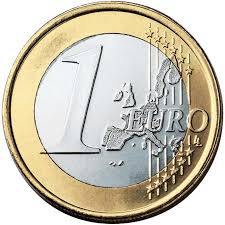 The Bundesbank stated that the German economy grew moderately in the first quarter of 2019 with underlying growth trends still subdued. ECB member Villeroy stated that the Euro-zone domestic and global headwinds should gradually fade.

The New York Empire manufacturing index strengthened to a 4-month high of 10.1 for April from 3.7 the previous month which was above consensus expectations. New orders also improved, but unfilled orders declined and upward pressure on prices also eased. Optimism over the outlook declined sharply to the lowest level for more than three years.

There were mixed comments from Chicago Fed President Evans who stated that risks from downside scenarios loom larger than the upside at the moment, but that the economy is solid and that it looked stronger than it did in December. He could also see a situation where interest rates would be increased again. Nevertheless, he was concerned over the inability to meet inflation targets and stated that the Fed must be willing to let inflation rise modestly above the 2.0% target.

The Euro was confined to narrow ranges with EUR/USD support just below the 1.1300 level and an inability to break above 1.1320. Boston Fed President Rosengren also stated that the central bank should aim for inflation above 2.0% when the economy is strong in order to boost its ability to fight a downturn. Immediate reaction was limited despite the potentially dovish medium-term implications with EUR/USD holding close to 1.1300 on Tuesday.

Bank of Japan Governor Kuroda stated that there is still room for reducing long and short-term interest rates. He also commented that the Japanese economy had slowed slightly because of weaker exports to China.

US Treasury yields edged higher in early New York trading, but Treasuries rallied later in the session to post slight net gains with the 10-year yield around 2.55%. Overall yield spreads were unable to provide clear direction for the dollar.

There were further concerns that President Trump would again attack Federal Reserve policies, but the US currency was resilient as the yen failed to secure defensive support. Markets continued to monitor rhetoric surrounding US trade policy with markets waiting for US-China developments while Japan resumed bilateral talks with the US Administration on Monday.

Asian equity markets recovered from initial losses on Tuesday to trade higher despite warnings from Kuroda over the risks of trade protectionism and USD/JPY held just below 112.00 with the yen remaining subdued on the crosses.

Political factors remained important with Foreign Secretary Hunt stating that talks between the government and Labour Party were more constructive than people think. Sterling was able to make limited headway, although ranges were narrow as short-term volatility continued to decline sharply. There was further GBP/USD selling interest above 1.3100 while EUR/GBP retreated slightly to around 0.8630 as the UK currency struggling for direction.

There were media reports after the New York close that the Brexit talks would continue throughout the Easter recess, but markets were uneasy over underlying political stresses. GBP/USD held just below 1.3100 on Tuesday with EUR/GBP around 0.8630 ahead of the latest UK labour market data with the wages components important for interest rate expectations.

During Monday, the Swiss currency was again undermined by increased confidence in the global growth outlook. With reduced demand for defensive assets, the franc was unable to gain sustained support, especially with speculation that the National Bank would look for opportunities to push the currency lower.

Improved confidence in the global growth outlook continued to underpin the Australian dollar during Monday.

AUD/USD was, however, unable to make headway and settled around the 0.7170 level.

Reserve Bank minutes confirmed an easing bias for the central bank which undermined currency support amid speculation over a third-quarter rate cut and AUD/USD dipped to near 0.7140 before stabilising.

The headline Bank of Canada Business Outlook Indicator declined to -0.6 for spring 2019 from 2.10 previously with trade concerns and geo-political issues curbing business confidence.

Tightness in the labour market eased slightly and inflation pressures were subdued.

Markets were more confident in a dovish Bank of Canada tone during this quarter which weakened the Canadian dollar sharply as USD/CAD pushed to highs near 1.3400 before a correction with USD/CAD around 1.3375 on Tuesday.

Scandinavian currencies were hampered by low trading volumes ahead of the Easter holidays.

The Norwegian krone was unable to make significant headway on Monday, although there was EUR/NOK selling near 9.6150 as it settled near 9.60 with narrow ranges prevailing on Tuesday with little in the way of fresh incentives as USD/NOK held just below 8.50.

The Swedish krona was also confined to tight ranges with EUR/SEK settling around 10.47 with USD/SEK below 9.30.

Euro-zone equities made slight headway on Monday, although gains were limited, especially with Wall Street indices registering slight losses. The Eurostoxx 50 index gained 0.1% on the day with slight gains across major bourses.

Major UK stocks struggled for direction with no lead from currencies. A fragile tone in the oil and gold sectors undermining support as the FTSE 100 index closed unchanged.

US equity markets were hampered by weaker than expected earnings from Goldman Sachs, although overall investor sentiment held firm with the S&P 500 index losses held to 0.05%.

Asian equity markets opened lower, but there was a significant recovery later in the session with notable gains in the Chinese bourses as the central bank added liquidity.

Oil prices were undermined on Monday as comments from the Russian Finance Minister increased speculation that OPEC and non-OPEC members would agree to increase output after the second quarter.

There was still net support from supply concerns surrounding Venezuela and Iran. Currency influences were limited with a paring of long crude positions limiting support.

Gold was unable to make headway ahead of the New York open even with the dollar unable to secure significant gains. Gold did find support on approach to $1,382 per ounce and recovered to around $1,288, but overall sentiment remained fragile and traded just below $1.285 per ounce on Tuesday.

Cryptocurrencies held a firm tone in Europe on Monday, but bitcoin failed to move back above the $5200 level.

There were no major moves across asset classes which limited coin activity, although there was an element of support from a lack of support for precious metals.

There was sharp selling at the European close with bitcoin sliding below $5000 before a tentative recovery during the Asian session.

Ether also advanced to highs around $170 before consolidating below this level.