Home » Insights » Fed minutes confirmed that the bond tapering was set to begin this year.

Fed minutes confirmed that the bond tapering was set to begin this year. 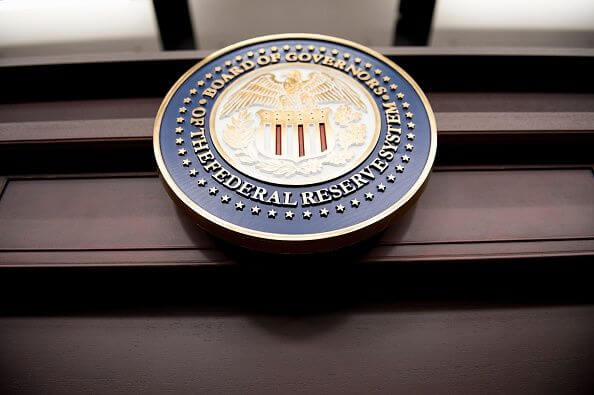 Euro-zone industrial production declined 1.6% for August with the year-on-year rate slowing to 5.1% from 8.0% previously, although this was slightly stronger than expected. There were reports that the German economic institutes would cut their 2021 GDP growth forecasts to 2.4% from 3.7% due to serious supply-side issues.

German bonds rallied ahead of the New York open with yields retreating from 4-month highs. There was, however, an increase in market-based Euro-zone inflation expectations to the highest level in close to seven years at around 1.87%.

US consumer prices increased 0.4% for September, slightly above consensus forecasts of a 0.3% increase with the year-on-year rate edging higher to 5.4% from 5.3% previously. There was a further significant increase in energy prices with a gain of close to 25% over the year. There was a monthly decline for apparel and used car prices which helped moderate overall price increases. The core increase was in line with expectations at 0.2% with the annual rate remaining at 4.0%.

The dollar initially edged higher, but failed to sustain the move as lower yields undermined potential support with EUR/USD recovering to around 1.1570.

Minutes from September’s Fed policy meeting confirmed that the tapering of bond purchases could begin in mid-November or December and it would be appropriate to complete the process around mid-2022 with reductions of $15bn per month. There were, however, also comments that a distinct and more stringent test would need to be met before there was interest rate increase. There were diverse opinions surrounding the inflation outlook, although the majority of members thought that risks were skewed to the upside. There was also further uncertainty surrounding the labour-market outlook with some members considering that a full recovery was unlikely.

The dollar recovered briefly after the minutes, but lost ground again with tapering priced in and EUR/USD rallied to highs at 1.1600 before fading marginally on Thursday.

Chinese new loans increased CNY1660bn for September after a CNY1220bn increase the previous month, although below expectations of CNY1850bn.

US Treasuries dipped lower following the CPI releases with a stronger than expected increase in wages reinforcing expectations of higher inflation. The 10-year yield briefly increased to near 1.60%, but there was a sharp reversal as Wall Street opened with the yield dipping below 1.55%.

Fed Governor Bowman stated that she was comfortable with starting the Fed tapering process in November with a further raft of speakers due on Thursday.

The decline in yields tended to sap dollar support with a USD/JPY retreat to below 113.50.

Bank of Japan member Noguchi stated that a reduction in monetary stimulus is not an option and there was further evidence that officials were comfortable with a weak yen. Chinese producer prices inflation strengthened to a 25-year high of 10.7%, maintaining global inflation concerns.

The yen overall remained under pressure, especially on the crosses with USD/JPY trading above 113.50 at the European open and EUR/JPY around 131.65.

There was muted reaction to the latest batch of UK data with slightly weaker than expected GDP growth for August offset by a stronger release for industrial production. There were still reservations over the outlook, especially with escalating energy costs which will have a negative impact on all sectors of the economy.

The NIESR estimated that GDP also increased 0.4% for September with the rate of monthly growth slowing to 0.2% throughout the fourth quarter. Sterling overall was held in relatively tight ranges, but there was further GBP/USD support below 1.3600 with a rebound to near 1.3650 while EUR/GBP edged lower to 0.8480.

The EU confirmed that it propose major changes to the Northern Ireland protocol with the potential for most checks on British goods scrapped. The relatively constructive tone from the EU helped underpin UK sentiment, although markets still expected prolonged negotiations.

The RICS housing index retreated to 68% for September from 73% previously with a very tight market. GBP/USD traded around 1.3675 with EUR/GBP around 0.8480.

The Swiss franc edged lower in early Europe on Wednesday, but there was a net advance later in the day as global bond yields moved lower. The Euro drifted lower while USD/CHF was unable to hold the 0.9300 level. Markets will monitor National Bank actions closely given speculation over currency intervention.

The franc gained support from a decline in global bond yields as well as potential long-term currency demand due to global inflation fears with the franc still seen as the ultimate hard currency. The franc continued to edge higher on Thursday with EUR/CHF testing 1.0700 and USD/CHF slipping to near 0.9230.

The Australian dollar edged lower following the US inflation data, but there was solid buying on dips and AUD/USD strengthened to 0.7375 at the European close from lows at 0.7325.

Labour-market data was mixed with a larger than expected employment decline of 138,000, but the unemployment increase was held to 4.6% from 4.5% and below expectations of 4.8%.

The Canadian dollar also found good buying support on any retreat with USD/CAD retreating to 1.2440 from highs close to 1.2480 as oil prices held a firm underlying tone.

The Canadian currency held firm on Thursday with USD/CAD retreating to 1.2415 as crude prices rallied again and the US dollar edged lower.

The Norwegian krone was held in tight ranges on Wednesday with underlying confidence holding firm, but offset by concerns that favourable developments had been priced in.

EUR/NOK settled around 9.86 and there was a further retreat to below 9.84 on Thursday as energy prices strengthened with USD/NOK dipping below 8.50.

The Swedish krona was little changed in early Europe on Wednesday, but then gained significant support as lower yields in Germany helped underpin the Swedish currency with EUR/SEK sliding to near 10.07 on Thursday with USD/SEK retreating to near 8.68 ahead of the latest domestic inflation data.

Euro-zone equities drew relief from the decline in bond yields during Wednesday and there was a positive response to earnings data. There was still an important underlying element of caution amid underlying inflation concerns.

Major UK stocks opened significantly lower, but there was a gradual recovery during the day with the mining sector underpinned by strength in precious metals and the FTSE 100 index secured a net advance of 0.15%.

There was further choppy trading in Wall Street stocks with some relief over a decline in bond yields, but there were still reservations over inflation and cost pressures. Overall, the S&P 500 index posted a 0.3% gain.

Futures held firm on Thursday with net gains in Asia despite reservations over Chinese developments.

Japan’s Nikkei 225 index gained 1.5% as the yen remained weak with a 0.5% advance for the Australian ASX index.

China’s Shanghai index was little changed in late trading with the Hong Kong Hang Seng index closed for a holiday.

Oil prices tended to drift lower into the New York open with WTI testing support below $80.0 p/b, but there was buying interest on dips and a recovery into the European close as soaring fuel costs reinforced expectations of a switch to oil.

The OPEC monthly report lowered its estimate of demand, but still expected that the market would tighten due to supply difficulties.

API data recorded an inventory build of 5.2mn barrels, but there was a large gasoline draw for the week.

Gold posted gains to above $1,790 per ounce with silver breaking above the $23.00 per ounce level.

Prices consolidated on Thursday with little net change and gold just above $1,790 per ounce with silver holding above $23.0 per ounce.

Cryptocurrencies dipped lower into Wednesday’s European open and bitcoin dipped to lows below $54,500.

After a period of relative stability, there was a fresh bitcoin surge after the New York open with a bitcoin surge to around $57,000.

Markets continued to debate the correlation between the US dollar and bitcoin with a lack of confidence in the linkages.

Sentiment remained firm on Thursday with bitcoin posting a 5-month high above $58,300 before a limited correction.