Good morning and welcome to episode 656 of ‘Talking Bull’. In this video/podcast we cover the main headlines and what to expect from the day ahead.

Steve made 1.73R on Hold yesterday. Jamie was offside 0.43R on ChinaA50 and Joe was stopped out on AUDCAD.

We are currently up 130.20% collectively since we began recording Talking Bull on the 30th October 2019.

The US central bank increased interest rates by a further 75 basis points to 2.50% which was in line with consensus forecasts and the policy decision was unanimous.

According to the Fed, recent indicators of spending and production have softened, but job gains have been robust and inflation remains elevated.

The Fed stated that it is attentive to inflation risks and expects further rate hikes will be appropriate. It will, however, be prepared to adjust strategy if risks emerge that could jeopardise its goals.

Fed Chair Powell stated that job growth is slower, but still robust. Although commodity prices have fallen, there is still additional upward pressure on inflation and the Fed wants to see compelling evidence of inflation coming down over the next few months. Powell also commented that another unusually large increase in rates could be appropriate and would depend on the data.

He did, however, add that it is likely to be appropriate to slow the rate of increases at some point and the Fed is aiming for a range of 3.00-3.50% at the end of this year. According to Powell, there is also some evidence of a necessary slowdown in activity.

Following Powell’s comments, there was a shift in market pricing with traders now seeing a 50 basis-point rate hike as the most likely outcome for the September meeting. There were also hopes that there will be a slightly earlier and lower peak in rates.

There was inevitably choppy trading after the Fed decision with Powell’s comments in particular leading to sharp currency moves. There was significant relief that the comments were not even more hawkish.

The dollar eventually posted significant losses amid hopes that there will be a slightly less hawkish stance.  The US dollar trade-weighted index also dipped to near 3-week lows.

Wall Street indices also rallied strongly after Powell’s comments with markets focussing on hopes for a slightly less hawkish stance rather than fears that the inflation data will force the Fed to be more aggressive.

The Nasdaq index posted a gain of just over 4.00%, the strongest daily advance for over 2 years.

US GDP data due on Thursday

The latest US GDP data will be released on Thursday with expectations of small net growth of 0.4% after a 1.6% decline previously.

Another negative reading would technically put the US in recession and reinforce expectations of a more measured Fed stance, although there will inevitably be revisions to the data. 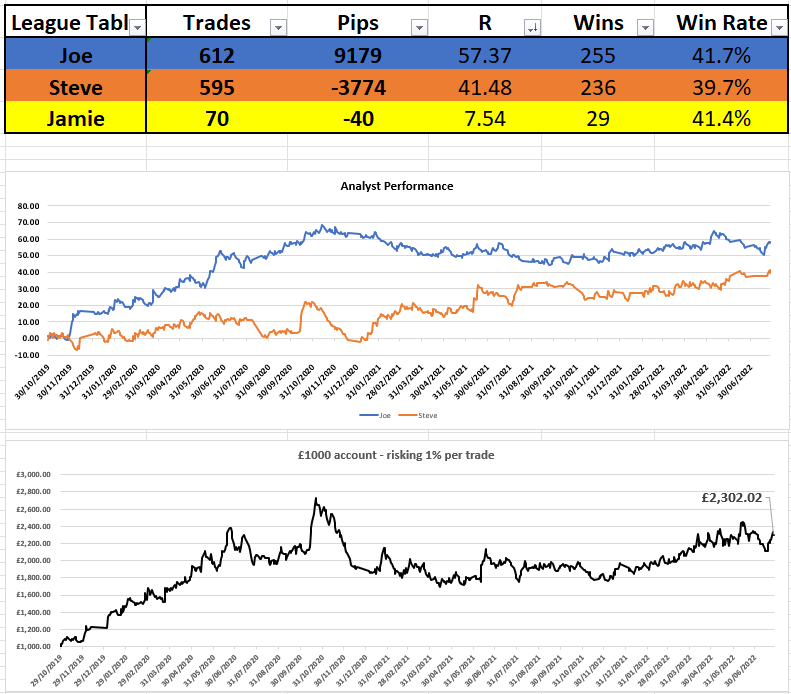