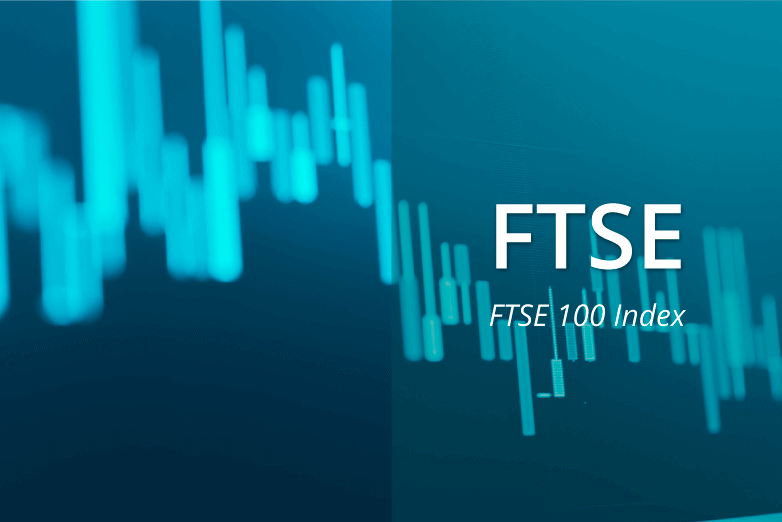 The FTSE 100 closed higher for the sixth consecutive session yesterday and is showing no real sign of slowing.

Major indices in the UK and Europe appeared to have completed bearish technical patterns, but an improvement in the outlook surrounding US trade wars has sent markets higher.

The FTSE 100 was one of the only indices that didn’t complete a head and shoulders top on a closing basis. The chart below shows a spike to 7079 on an intraday basis before the buys stepped in to send the index over 300 points higher in a matter of days. 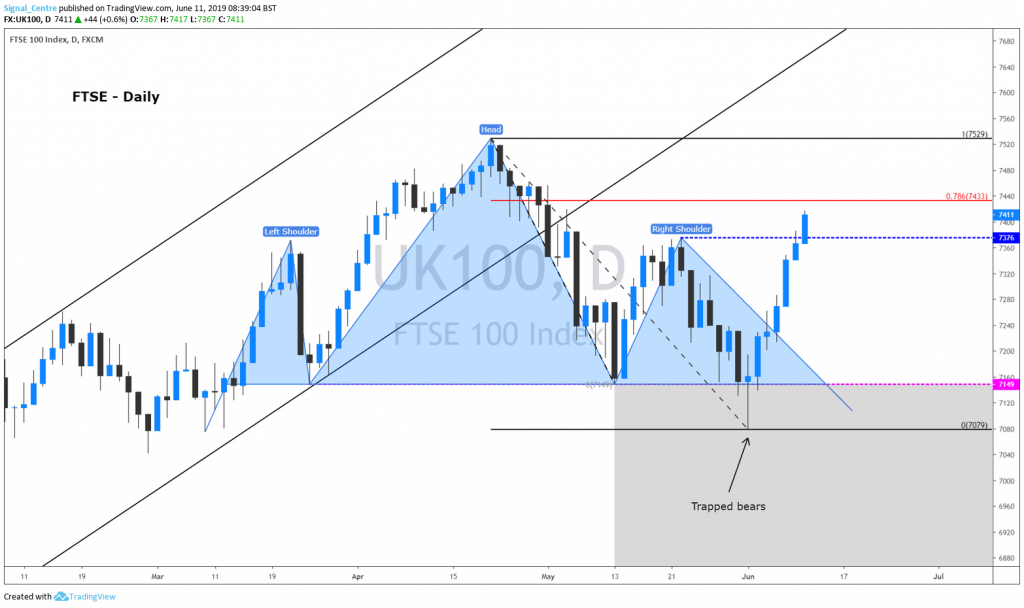 The number of short positions in the FTSE 100 has increased further in recent days according to IG Market. This suggests that around 38% of traders are net-long. 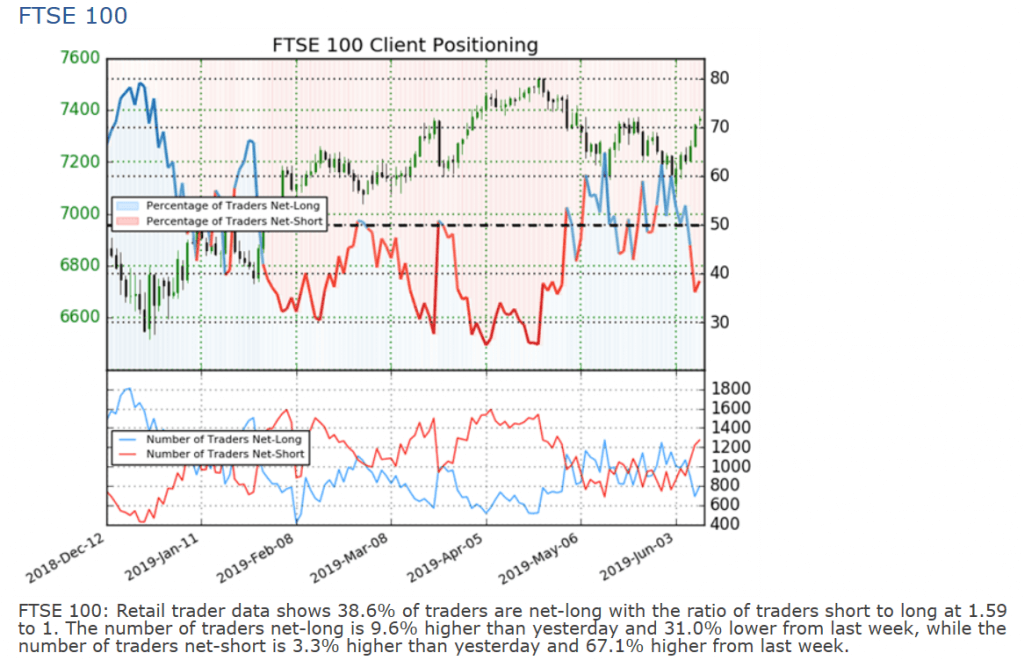 The break of resistance at 7376 means the index has overcome the potential right shoulder of the top pattern to pretty much invalidate the bearish scenario. Momentum remains strong but the index is becoming increasingly stretched in the short term. We have highighlight the 78.6% Fibonacci retracement level at 7433 as a level to watch. This may be somewhere close to were the trapped bears could capitulate.

For FREE trade ideas and signals, education, ask the analyst feature and much more, sign up to Signal Centre.