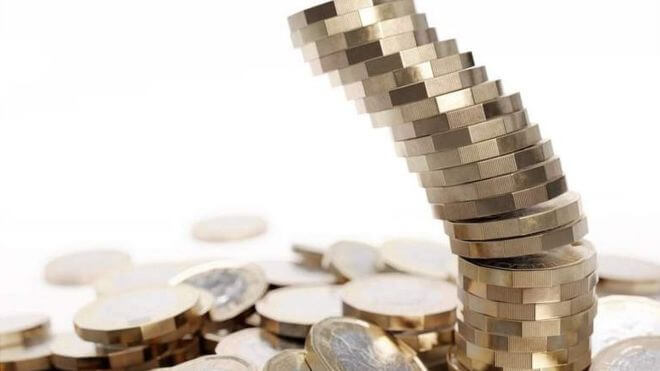 German unemployment declined 16,000 for November following a 5,000 increase the previous month. The headline Euro-zone CPI inflation rate increased to 1.0% from 0.7% previously and above consensus forecasts of 0.8% while the core rate was also slightly above market expectations with an increase to 1.3% from 1.1%. There were hopes for a tentative recovery in Euro-zone conditions. The Euro was, however, unable to draw initial support from the data, especially with ECB nominees continuing to back the case for a very accommodative monetary policy over the medium term.

Early in the New York session, EUR/USD dipped back below the important 1.1000 level and the dollar index pushed to a 6-weeh high. The US currency lost some traction during the shortened US session with a significant element of position adjustment. EUR/USD was able to move back above 1.1000 to trade with slight daily gains around 1.1020.

Federal Reserve officials will be under a blackout this week ahead of next week’s policy meeting, although there was further speculation that there would be a medium-term shift to allowing a higher inflation rate which may unsettle the dollar.

Over the weekend, The German Social Democrat Party (SPD) new leaders resulted in defeat for the expected winner Scholz with a more left-wing joint leadership. This increased speculation that the coalition with Merkel would collapse or force a more expansionary fiscal policy. EUR/USD was unable to gain further traction and settled around 1.1020 at the European open.

Treasuries edged lower ahead of the New York open with the dollar holding a firm overall tone. Wall Street equities drifted lower and USD/JPY dipped marginally below 109.50 at the European close, although narrow ranges prevailed.

US Treasuries retreated during the Asian session which helped underpin the dollar with fresh 6-month USD/JPY highs around 109.70, but gains were hampered by underlying trade uncertainty.

UK consumer credit growth was above consensus forecasts for October and overall lending to individuals increased to £5.6bn from a revised £4.7bn previously which suggested firm consumer spending. Sterling was unable to make any headway ahead of the New York open. There was choppy trading surrounding the afternoon London fix with month-end and pre-weekend position adjustment having a significant impact. GBP/USD moved back above 1.2900 to a peak around 1.2940 while EUR/GBP consolidated near 6-month lows around 0.8520.

There was fresh political uncertainty during the weekend as Friday’s London terrorist attack added a further layer of uncertainty. Although most opinion polls still indicated a likely Conservative Party majority they also continued to indicate a narrowing Conservative lead and Sterling dipped lower at the Asian open. The UK currency was protected to some extent by a firmer tone in global risk appetite as GBP/USD held just above 1.2900 with EUR/GBP around 0.8530.

The Swiss November KOF business confidence index declined to 93.0 from a revised 94.8 previously and below consensus forecasts. After trading little changed in early Europe, the franc came under pressure in early New York with a further test of key levels.

The Australian dollar was unable to make any headway on Friday and AUD/USD dipped to lows around 0.6755 before a marginal recovery.

Australian data was below consensus forecasts with a sharp 8.1% decline in building approvals for October. The Australian dollar did gain some support from the Chinese PMI data and AUD/USD settled just above 0.6770.

Canadian GDP increased 0.1% for September, in line with expectations, while year-on-year growth slowed to 1.7% from 1.9% with little underlying impact.

The Canadian dollar was resilient despite a sharp decline in oil prices with USD/CAD settling around 1.3280 as the US currency faded slightly.

The Canadian dollar edged lower on Monday with USD/CAD near 1.3285 despite a tentative recovery in oil prices.

Norwegian registered unemployment held at 2.1% for November which indicated a robust labour market.

The krone held a steady tone initially before declining sharply as oil prices came under sustained pressure. There were sharp losses late in the European session with EUR/NOK advancing to above 10.15 before settling just below this level on Monday ahead of the latest PMI data with USD/NOK just above 9.20.

Swedish GDP increased 0.3% for the third quarter of 2019, slightly above consensus forecasts. Year-on-year growth strengthened to 1.6% from 1.0%, although this was marginally below market expectations.

The krona dipped sharply late in the European session with month-end position adjustment as EUR/SEK rallied to 10.55 after finding support at 10.50. The Swedish manufacturing PMI index declined to 45.4 from 46.0 previously which pushed EUR/SEK above 10.55 with USD/SEK around 9.58.

Euro-zone equities drifted lower on Friday with an underlying correction. A dip in oil prices also put downward pressure on indices, although overall sentiment held firm amid hopes for Euro-zone economic stabilisation with only slight losses.

The German DAX index declined 0.05% while the Italian FTSE MIB index under-performed again with a 0.3% retreat.

US equities retreated on Friday amid slightly cautious trade sentiment, especially with fresh unease over the threat of additional sanctions against Huawei. The S&P 500 index declined 0.4%, although there were still significant weekly gains.

Japan’s Nikkei 225 index gained 1.0% as the yen retreated, although the Australian ASX index gains were held at 0.25% as the slide in oil prices undermined support.

Oil prices declined sharply in New York trading following reports that Russia would not support an extension of production cuts at this week’s meeting.

Record US crude production was a negative factor with technical month-end selling also a key factor in driving prices lower.

China’s PMI data helped underpin sentiment to some extent with WTI trading just above $56.0 p/b on Monday with Brent around $61.25 p/b.

Precious metals drew some support late in the European session from a weaker US dollar with volatility spiking later in the day on position adjustment.

From below $1,455 per ounce, gold pushed to highs above $1,465, but the Chinese PMI data helped underpin risk appetite and gold retreated to near $1,460 per ounce. Silver was also unable to hold gains and traded just below the $17.00 per ounce level on Monday.

Cryptocurrencies made net headway during Friday’s European session with bitcoin pushing to highs above $7,800 with hopes for a stronger underlying correction.

Prices drifted lower later in the session and cryptocurrencies gradually lost ground over the weekend.

Renewed gains for global equity markets dampened demand for alternative assets and cryptocurrencies dipped lower in Asia on Monday with bitcoin around $7,250.

Ether traded to highs around $157 on Friday before gradually losing ground with a dip below $150 and it traded just below this level on Monday.