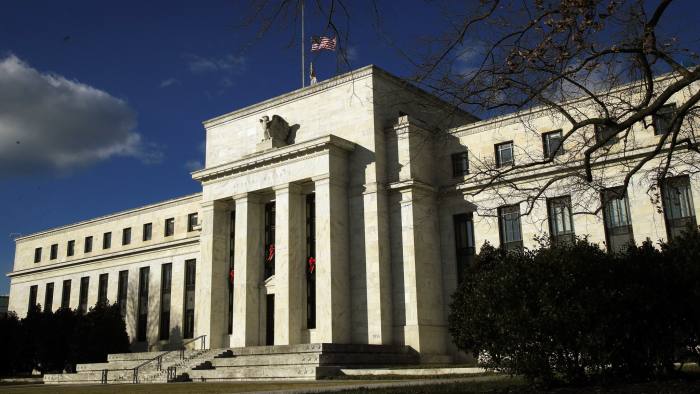 The Euro-zone Sentix investor confidence index strengthened to 13.1 for April from 5.0 previously. The reading was above expectations of 7.5 and the strongest release since August 2018. The Euro-zone unemployment rate was reported at 8.3% for February, unchanged from an upwardly-revised February figure and above consensus forecasts of 8.1%. Euro-area unemployment remained significantly above the US rate, reinforcing expectations of near-term US out-performance.

The Euro was able to resist renewed selling pressure as the dollar was unable to secure fresh traction.

There were also reports from EU Commission internal documents that the EU was on track to vaccinate close to 60% of the total population by the end of June which would also imply that the EU is likely to exceed the target of 70% vaccination rates by the end of the Summer.

There will be scope for a significant boost to underlying Euro sentiment if actual vaccination figures suggest that the revised target is within reach. The single currency was resilient despite a further increase in French hospitalisation cases to over 30,000 as confidence in the outlook improved.

The JOLTS data recorded an increase in job openings to 7.37mn for February from 7.10mn the previous month and above consensus forecasts of 7.00mn. The IBD consumer confidence index strengthened to 56.4 from 55.4 previously.

The dollar overall was unable to gain fresh support with EUR/USD settling around 1.1850 at the European close. There was a further net advance to 1.1870 late in the New York session. The dollar was trapped close to 2-week lows on Wednesday with EUR/USD holding close to 1.1870.

US yields continued to move lower after Tuesday’s Wall Street open which had a significant impact in undermining dollar demand. In this environment, USD/JPY retreated again with a break below the 110.00 level triggering a round of stop-loss selling and lows just below 109.70. There were some reservations over an increase in US coronavirus cases, but the vaccine programme continued to make strong headway, reinforcing hopes that cases would not lead to serious illness.

The IMF also upgraded its global growth outlook which helped underpin risk conditions. Markets had already shifted their expectations sharply, limiting any impact and yields continued to edge lower. The five-year yield declined to 0.87% from a 14-month high of 0.99% on Monday which continued to sap dollar support.

Markets will continue to monitor Administration infrastructure plans with Biden due to speak later on Wednesday. The latest Federal Reserve minutes will also be watched closely. USD/JPY dipped to lows just below 109.60 in Asia on Wednesday and a tentative recovery was held near 109.80.

Sterling was unable to break resistance against the Euro in early Europe on Tuesday which limited the scope for further buying and selling increased after EUR/GBP moved back above the 0.8500 level. GBP/USD was also unable to hold above 1.3900 which helped trigger renewed selling. GBP/USD dipped to lows just below 1.3820 while EUR/GBP strengthened to above 0.8550 as selling pressure increased.

Although confidence in the UK recovery remained strong, there were some reservations that the UK advantage over the Euro-zone was set to narrow over the next few months. There were also fresh reports that the UK would face vaccine supply difficulties over the next few weeks which would slow the overall programme. This element of uncertainty was amplified by fresh doubts over the AstraZeneca vaccine.

It was, however, confirmed that the first Moderna vaccines would be administered in the UK on Wednesday with a total order of 17 million doses ordered.

The Swiss sight deposits declined to CHF701.8bn in the latest week from CHF702.7bn the previous week, confirming that the National Bank had not been intervening in currency markets. Global yield and risk trends tended to dominate the Swiss currency during the day.

The Swiss franc gained some renewed support as US yields moved significantly lower. EUR/CHF failed to hold initial gains and retreated to near 1.1050 while USD/CHF posted further net losses on the day. The dollar was unable to regain ground on Wednesday and USD/CHF traded close to the 0.9300 level.

The Australian dollar lost ground ahead of Tuesday’s New York open with a wider retreat in commodity currencies as the dollar resisted selling pressure.

AUD/USD dipped to lows just above the 0.7600 level but there was a significant reversal after the Wall Street open with a recovery to 0.7650 as the US currency retreated again.

AUD/USD peaked near 0.7680 in Asia on Wednesday before a retreat to near 0.7650 as it retreated against the Euro.

The Canadian dollar gained some support from a recovery in oil prices on Tuesday, but the currency overall was unable to make headway with USD/CAD settling around 1.2550.

The Canadian dollar edged lower on Wednesday amid reservations over commodity currencies with USD/CAD at 1.2600.

The Norwegian PMI manufacturing index strengthened to 60.4 for March from a revised 57.5 previously and well above market expectations.

Despite firm data, the Krone lost ground in Europe on Tuesday amid a wider retreat in commodity currencies and reservations over risk conditions.

EUR/NOK strengthened to highs above 10.10 before a limited correction and settled close to 10.08 on Wednesday with USD/NOK fractionally below 8.50.

The Swedish services PMI index edged lower to 61.3 from 62.5 previously.

After significant losses during the holiday period, the krona regained ground on Tuesday with EUR/SEK retreating to below 10.25. EUR/SEK traded near 10.22 on Wednesday with USD/SEK around 8.61.

Euro-zone equities opened higher in response to US gains on Monday. There was also increased optimism over the Euro-zone and global economic recovery which helped underpin buying interest.

The German DAX index gained 0.7% with a 0.6% gain for the Eurostoxx 50 index to a fresh record high.

Wall Street stocks were underpinned by growth expectations and a decline in net yields, although there was underlying pressure for a correction and financials edged lower with the S&P 500 index posting a slight 0.1% retreat.

The overall mood was more cautious in Asia on Wednesday.

Japan’s Nikkei 225 index did gain 0.1% while the Australian ASX advanced 0.6% to 13-month highs despite mixed trends in commodities.

There was further choppy trading in oil prices on Tuesday with volatility easing only slightly.

Although there were further reservations over the outlook for Chinese demand, this was offset was a slightly more optimistic assessment over the Euro-zone outlook.

Crude drew some support from a weaker US dollar. WTI peaked close to $60.80 p/b before a retreat to near $59.50 around the European close.

Cryptocurrencies held relatively steady ahead of Tuesday’s New York open, but bitcoin was held below $60,000.

Although the dollar lost ground and there were net gains in global equities, bitcoin was unable to make headway in New York with significant net losses to lows near $57,200.

There was further choppy trading on Wednesday with bitcoin held below $58,000.

Ether was subjected to choppy trading, although there was buying support on dips with a recovery to $2,100 from lows near $2,050 before trading just below $2,100 on Wednesday.