Home » Insights » Market Report – US employment data was weaker than expected with a non-farm payrolls decline of 140,000 for December.

Market Report – US employment data was weaker than expected with a non-farm payrolls decline of 140,000 for December. 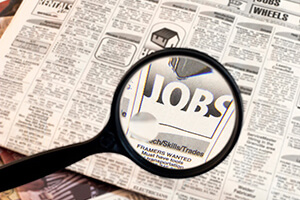 The German trade surplus narrowed to EUR16.4bn for November from EUR18.2bn the previous month, although the monthly increase in exports was above consensus forecasts at 2.2%. Recent firm German data provided an element of Euro support, although near-term coronavirus concerns were a significant factor.

US non-farm payrolls declined 140,000 for December compared with consensus forecasts of a 70,000 gain for the month and the first decline since data April when there was a slump in employment of over 20 million. The November increase, however, was revised up to 336,000 from the 245,000 increase reported previously.

There was a sharp decline in employment of close to 500,000 for the leisure and hospitality sector as further coronavirus restrictions took effect.

The unemployment rate held at 6.7% while average earnings increased 0.8% for a 5.1% annual increase as lower-paid workers were laid off.

The data reinforced near-term reservations over the outlook, although there were also expectations that there would be further Administration fiscal stimulus measures.

The dollar initially lost ground following the data before regaining ground as underlying pressure for short covering continued. There was further dollar buying after the European close with the Euro dipping to below 1.2200 from 1.2285 highs before closing just above 1.2200.

CFTC data recorded no change in long Euro positions in the latest week, maintaining the potential for a liquidation of longs on any significant shift in sentiment. The dollar rallied again on Monday as higher US yields provided net support. Commodity currencies lost ground and EUR/USD settled around 1.2180.

USD/JPY initially dipped to the 103.60 area after the US employment report, but recovered losses quickly and tested the 104.00 level at the European close. Fed Vice-Chair Clarida stated that downside economic risks have diminished due to the vaccine and the dollar traded just below 104.00. CFTC data recorded a further increase in the long yen position to the highest level since October 2016, maintaining the potential for a position squeeze and yen selling if the US currency rallies further.

Congressional Democrats announced that impeachment legislation would be brought to the House of Representatives this week unless Vice President Pence invokes the 25th Amendment to remove Trump from office. Any impeachment would not be implemented in the short term, but would prevent Trump from running again.

President-elect Biden indicated that a very substantial spending package would be announced this week with an initial boost of close to $1.0trn.

US yields continued to increase which underpinned the dollar, although there were still expectations that Conservative Democrats would limit the scope for higher spending. Overall, USD/JPY made headway and traded around 104.20 against the Japanese currency before stalling.

The Halifax house-price index increased 0.2% for December from 1.0% previously with the annual increase slowing to 6.0% from 7.6% with expectations that there would be a net slowdown this year. Markets tended to focus on the near-term coronavirus developments.

The UK approved the Moderna vaccine for use in the UK, although the impact was offset by fears over near-term coronavirus developments as hospital rates continued to increase. Sterling was still hampered by a lack of confidence in the near-term outlook and weak underlying fundamentals, especially with the upward pressure on the budget deficit. There was also further speculation that the Bank of England could move to introduce negative interest rates within the next few weeks.

There were also further concerns over disruption to trade following the leaving of the customs union. Companies also warned over potential tariffs on re-exporting goods to the European Union and there was unease over near-term disruption to trade flows. The UK currency did post net gains against the Euro with EUR/GBP retreating to near 0.9000, while GBP/USD again failed to hold above 1.3600. There was no significant change in Sterling positioning during the latest week and dollar moves dominated on Monday with the firmer US currency pushing GBP/USD to around 1.3500 with EUR/GBP just above 0.9020.

After losing ground the previous day, the Swiss franc recovered ground on Friday with EUR/CHF retreating to 1.0820 from 1.0870 highs amid increased reservations over the near-term euro-zone outlook. USD/CHF posted marginal gains only to trade just above 0.8850.

The Swiss currency was resilient despite further gains in global equity markets and a slide in precious metals as bond yields moved higher. EUR/CHF was little changed on Monday with USD/CHF strengthening to around 0.8880 as the US currency secured wider gains on short covering.

The Australian dollar posted limited net gains after the US jobs data with AUD/USD testing the 0.7800 level. There were, however, net losses as the US currency rallied with AUD/USD retreating to below 0.7750. Gains in equity markets continued to provide net support.

US dollar strength dominated in Asia on Monday with AUD/USD retreating to lows just below 0.7700 before stabilising.

Canadian employment declined over 62,000 for December following an increase of over 62,000 the previous month and below consensus forecasts of a 27,000 decline. The unemployment rate, however, held steady at 6.7%.

There was choppy Canadian dollar trading amid wider market fluctuations. USD/CAD rallied to highs at 1.2740 before retreating back below 1.2700 as fresh gains in oil prices boosted Canadian sentiment.

The US currency gained on Monday and oil prices retreated which pushed USD/CAD to just above 1.2750.

Overall, EUR/NOK dipped to 10-month lows below 10.30 before correcting slightly.

The headline Norwegian CPI inflation rate strengthened to 1.4% for December from 0.7% previously. The underlying rate increased to 3.0% from 2.9%, but slightly below expectations of 3.1%.

The krona overall was held in tight ranges despite choppy trading with EUR/SEK settling around 10.06. The Swedish currency edged lower on Monday with EUR/SEK close to 10.08 and USD/SEK around 8.27.

The German DAX index out-performed amid optimism over an economic rebound with a 0.6% advance to record highs and the Eurostoxx 50 index also posted a 0.6% advance on the day.

Major UK stocks were again underpinned by economic recovery expectations with markets looking through short-term fears over the outlook. Expectations of further bank of England support also underpinned sentiment.  The FTSE index posted a 0.2% with some pressure for a correction after sharp weekly gains.

There was initial caution surrounding Wall Street equities, especially given the weaker than expected jobs data. There were, however, expectations of further stimulus measures which underpinned wider confidence and the S&P 500 index gained 0.55% to fresh record highs.

Oil prices secured further net gains on Friday despite the weaker than expected jobs data as markets continued to focus on 2021 recovery hopes.

Baker Hughes data recorded a further increase in oil drilling rigs to 275 from 267, the highest reading since May.

There was a significant correction on Monday amid pressure for a correction. There were reservations over Chinese demand and a stronger dollar also had an impact with WTI around $51.70 p/b and Brent around $55.00 p/b.

Gold traded just below $1,850 per ounce on Monday amid the firmer dollar with silver below $25.0 per ounce.

Although there was a fresh record high close to $42,000 after the Wall Street open, the overall tone was for a correction. The dollar recovery and slide in gold prices had some impact in undermining coins.

There was choppy trading during much of the weekend with bitcoin support near $39,000.

Selling pressure intensified ahead of Sunday’s Asian open with a slump below $35,000. A rally attempt faded quickly with bitcoin below $34,000 on Monday as the dollar regained some ground.

There was also a very sharp correction for Ether with a slump to lows near $1,000 from near 3-year highs above $1,300 on Sunday.