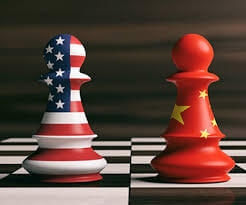 The dollar held firm into the monthly US jobs report release with EUR/USD edging below 1.1100 as narrow ranges prevailed.

December non-farm payrolls increased 145,000 compared with consensus forecasts of 165,000 and there was a small downward revision for November to 256,000 from the 266,000 reported previously. There was a dip in manufacturing jobs for the month and transport jobs also declined, but there was a strong increase in retail jobs which may be reversed next month. Unemployment held at 3.5%, in line with expectations, as the participation rate was also static. Average hourly earnings increased 0.1% compared with expectations of 0.3% which cut annual growth significantly to 2.9% from 3.1%.

The data reinforced expectations that the Federal Reserve could keep interest rates on hold for an extended period, especially as the slowdown in wages growth will tend to dampen potential inflation pressures. With evidence that the Fed will tolerate a very tight labour market as long as inflation remained subdued, the data reinforced expectations that a rate hike was unlikely. EUR/USD consolidated around 1.1120 as the US currency drifted lower.

US National Economic Council Director Kudlow stated that the US-China phase-one trade deal had been translated and authenticated with a factsheet set to be released on Wednesday. He also commented that implementation of the deal could boost US GDP growth by around 0.5% for 2020 while Treasury Secretary Mnuchin was also optimistic.

Treasuries made gains following the US employment data, although the dollar remained resilient and USD/JPY held close to 109.50. There was a flattening of the US yield curve to 3-week lows following the data which will tend to erode dollar support and could have a negative impact on risk appetite if global growth fears increase again.

Bank of England Monetary Policy Committee (MPC) Tenreyo stated that the UK labour market was very tight, although recent evidence suggested that it was not getting any tighter. She also commented that risks were tilted to the downside and her inclination was towards backing a rate cut if downside risks emerge. Sterling edged lower after the comments, although volatility eased. EUR/GBP consolidated just above 0.8500 while there was GBP/USD selling interest below 1.3100.

CFTC data recorded a further net increase in long Sterling positions to above 16,000 contracts, the largest net long since May 2018. The long positioning will reinforce expectations that positive fundamentals will be needed to trigger Sterling gains.

Over the weekend, MPC member Vlieghe stated that he is ready to cut interest rates if data does not improve, although it wouldn’t take much data to swing the decision one way or another. Surveys of business confidence will be very important in the short term. A quarterly financial-sector survey recorded the first gain for 4 years, but Irish Foreign Minister Coveney stated that the EU would not be rushed on trade talks. GBP/USD dipped to 1.3020 on Monday with EUR/GBP near 0.8550.

Global equity markets lost some ground on Friday, although moves were limited. EUR/CHF held just above 1.0800, without making significant headway, while USD/CHF failed to hold above 0.9750.

Global risk appetite held firm on Monday and the franc edged lower amid hopes that a US-China trade deal would help stabilise the global economy with USD/CHF around 0.9730 and EUR/CHF near 1.0830.

A weaker US dollar following the US jobs data provided some Australian dollar relief and AUD/USD rallied to highs above 0.6900 before stabilising close to this level.

Canadian employment increased 35,200 in December compared with consensus forecasts of around 20,000 and following the sharp 71,200 decline recorded last month. Full-time jobs increased by over 38,000 with a small decline in part-time employment. The unemployment rate also declined to 5.6% from 5.9% previously.

The Canadian dollar gained sharply following the data, but failed to hold its best levels with USD/CAD settling close to 1.3050 after lows around 1.3030. The pair traded near 1.3050 on Monday as risk conditions held firm.

The Norwegian krone recovered from initial selling following the weaker than expected inflation data, but there were net losses for the day with EUR/NOK pushing back towards 9.89.

The data dampened the potential for any Norges Bank policy tightening and oil prices lost ground which sapped support.

Firm global risk appetite helped support the currency on Monday with EUR/NOK around 9.87 and USD/NOK trading below 8.90.

The Swedish krona also lost ground during the day with EUR/SEK advancing to the 10.57 area. There was a limited retreat to 10.55 on Monday as risk appetite held firm with Swedish inflation data due on Wednesday while USD/SEK traded just below 9.50.

Euro-zone equities corrected slightly lower on Friday with a lack of further positive developments while the US jobs data dampened expectations of a stronger global economy. Overall sentiment held firm which limited losses.

Major UK stocks were hampered by weakness in the financial sector amid speculation over a possible rate cut while the retail sector remained under pressure. The FTSE 100 index declined 0.15%.

US equities edged lower on Friday with the jobs data dampening growth expectations to some extent and helping to trigger a correction after strong gains. The S&P 500 index declined 0.3% while the Dow index failed to hold 29,000.

US futures recovered on Monday and overall risk appetite held firm in Asia on trade hopes which underpinned bourses, although Japan was closed for a holiday.

The Australian ASX index, however, declined 0.35% with losses across most sectors.

Oil prices failed to regain ground during Friday and posted a significant weekly loss as the Middle East premium was unwound.

The US jobs data also dampened global demand expectations to some extent. There were also expectations that global supply would out-strip demand early in 2020. WTI settled just above $59.0 p/b at the European close.

Baker Hughes data recorded a further decline in US drilling rigs to 659 from 670 previously.

WTI edged higher to near $59.20 p/b on Monday amid hopes that a US-China trade deal would underpin global growth with Brent just above $65.0 p/b.

Gold edged above $1,560 per ounce with silver regaining $18.00 per ounce. Firm risk appetite helped trigger a retreat to below $1,555 per ounce on Monday with silver again testing $18.00.

Cryptocurrencies edged lower in early Europe on Friday, but buyers gradually regained control during the day.

A slight correction in equities and weaker dollar helped underpin sentiment to some extent and a bitcoin move back above $8,000 also boosted sentiment.

Volatility was contained during the weekend with bitcoin peaking close to $8,200.

CFTC data recorded a net increase in bitcoin shorts for the latest week and firm risk appetite limited demand for coins on Monday with bitcoin dipping below $8,100..