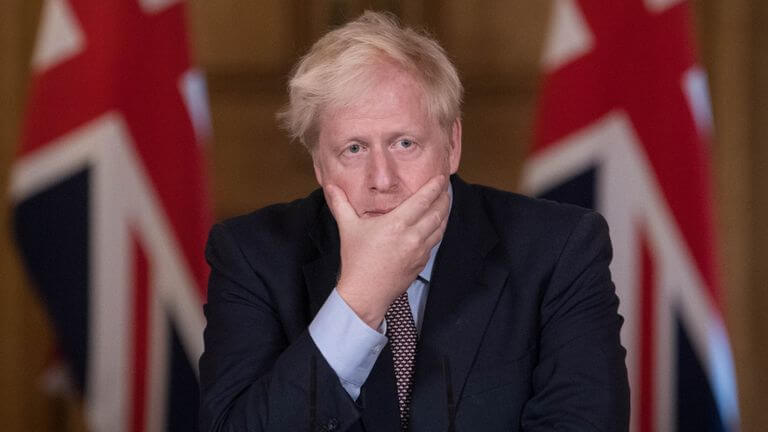 Euro-zone industrial production increased 4.1% for July, marginally above consensus forecasts, with the year-on-year decline slowing to 7.7% from 12.0%.

ECB chief economist Lane stated that there is no indication that the bank is hitting the lower bound in rates. There were, however, further doubts whether the central bank would be able to cut interest rates further, especially with negative rates already undermining the banking sector. Irish central bank Governor Makhlouf stated that it would be wise for the bank to plan on the basis that there won’t be a UK-EU trade deal. The Euro was hampered to some extent by unease over Brexit trade stresses.

There were also expectations that the Federal Reserve would adopt a dovish tone at this week’s policy meeting and strengthen forward guidance to reinforce market expectations that rates will be left at extremely low levels for a longer period. Expectations of very low yields continued to undermine dollar support.

EUR/USD was unable to make a challenge on the 1.1900 level and drifted lower later in the session as the dollar managed to regain some ground. There was a fresh loss of defensive dollar support on Tuesday as risk appetite improved and EUR/USD pushed towards 1.1900 as the Chinese yuan hit a 16-month high against the dollar. There will be further caution ahead of Wednesday’s Federal Reserve policy decision with risk trends important for the US currency.

There was no selling pressure on the yen following confirmation that chief cabinet Secretary Suga had won the election to become the new LDP leader.

US bond yields were little changed on the day and US equites posted strong gains, but the Japanese currency was notably resilient in the face of stronger global risk appetite. The US currency lost wider support and USD/JPY dipped sharply to 2-week lows near 105.50 before stabilising later in the session.

Chinese industrial production increased 5.6% in the year to August from 4.8% previously and above expectations of 5.1%. Retail sales edged back into positive territory with 0.5% annual growth, also slightly above consensus forecasts.

The Chinese data helped underpin confidence in the global economy and underpinned risk conditions. There was also a switch back towards optimism over coronavirus vaccine developments even though uncertainty continued. The dollar struggled to make any headway with USD/JPY around 105.65 in early Europe.

Sterling was underpinned by the firmer trend in global risk appetite during Monday, especially with increased merger activity. Markets continued to monitor EU/UK trade developments during the day and there were further concerns over deteriorating conditions. There were reports that the EU had delayed a decision on whether to grant EU access for UK-based Euro clearing houses next year, reinforcing fears of economic damage once the UK leaves the transition period.

The House of Commons debated the Internal Markets Bill with further unease from former Prime Ministers and reservations from Conservative MPs. Prime Minister Johnson looked to defend the legislation and stated that some EU demands were unreasonable and against the spirit of the Northern Ireland protocol. GBP/USD pushed to highs around 1.2920 before fading as underlying sentiment remained negative. EUR/GBP declined to near 0.9200 before recovering to the 0.9225 area.

The UK government won the Internal Markets Bill second reading vote in the House of Commons with a majority of 77 and there will detail discussion over the next few days. There is still a high level of opposition to the bill with markets monitoring developments closely. Sterling reaction was limited with net support from firm global risk appetite.

The headline UK unemployment rate increased to 4.1% from 3.9%, in line with expectations. Early estimates suggested the number of employees on payrolls was 695,000 lower than March with a 74,000 increase in the monthly claimant count. Sterling edged higher as GBP/USD traded just above 1.2850 amid slightly better than expected data.

Swiss sight deposits increased to CHF704.1bn in the latest week from CHF702.9bn the previous week which continued to indicate that the National Bank was intervening steadily to curb Swiss franc strength. The central bank will be concerned to some extent if the ECB manages to push the Euro weaker as this would erode Swiss competitiveness. The central bank will continue to monitor exchange rates closely.

EUR/CHF was unable to make any headway and settled close to 1.0770 despite the firm single currency tone against the US dollar. The franc was little changed on Tuesday with little evidence of sustained selling despite firm risk conditions with USD/CHF around 0.9065.

The Australian dollar edged higher during Monday as the US currency lost ground, but progress was limited and AUD/USD gains were held to the 0.7300 area with consolidation around 0.7290 at the European close.

The Reserve Bank remained optimistic over the outlook in the monetary policy minutes, although it again called for a weaker Australian dollar.

The Canadian dollar was unable to make headway, especially with unease over the outlook for oil prices. Overall, USD/CAD advanced to test resistance near 1.3200 before settling around 1.3180.

Stronger risk appetite helped underpin the Canadian currency with USD/CAD edging below 1.3150 on US dollar vulnerability even though oil prices made little headway.

The Norwegian krone was unable to make headway on Monday despite gains in equity markets. EUR/NOK settled just below 10.72. The krone edged higher on Tuesday amid firm risk conditions and despite a wider than expected trade deficit.

The Swedish krona was unable to make headway with EUR/SEK just above 10.41 and settled around 10.40 with USD/SEK around 8.75 despite solid risk conditions.

Euro-zone equities were underpinned by global merger activity and the firm tone in global bourses, although the energy sector was a drag.

In contrast to last week, major UK stocks were unable to draw support from Sterling as the UK currency attempted to recover. A drag from lower oil prices offset potential gains from merger-related activity and the FTSE 100 index declined 0.1%.

US equities regained ground on Monday with expectations of sustained monetary policy support underpinning sentiment while the tech sector rebounded on merger activity. The S&P 500 index gained 1.25% with futures slightly higher on Tuesday.

Asian markets were still relatively cautious, although the Chinese data provided an element of support.

There were also further underlying concerns surrounding demand conditions. Although equities strengthened and the US dollar lost ground, crude was unable to make headway.

Precious metals were underpinned by the weaker dollar tone and expectations of medium-term fiat currency vulnerability, although gains in equities were a significant headwind.

Gold settled with significant net gains to near $1,960 per ounce with silver above $27.0 per ounce.

Gold moved higher to 10-day highs around $1,965 on Tuesday amid US dollar vulnerability with silver just below $27.50 per ounce.

Cryptocurrencies edged higher in early Europe on Monday and there was a steady advance into the New York open with bitcoin advancing to the $10,500 level.

Gains accelerated after the Wall Street open as  strength in US equity markets and a weaker US dollar helped underpin sentiment towards coins.

Bitcoin pushed to highs above $10,700 and secured further net gains on Tuesday as the US dollar remained vulnerable and risk appetite held firm. Bitcoin edged higher to 10-day highs around $10,800.

Ether also strengthened to highs near $385 before fading to the $375 area and settled around $375 on Tuesday.