Market Report – Global risk appetite was fragile on Thursday over the economic outlook. 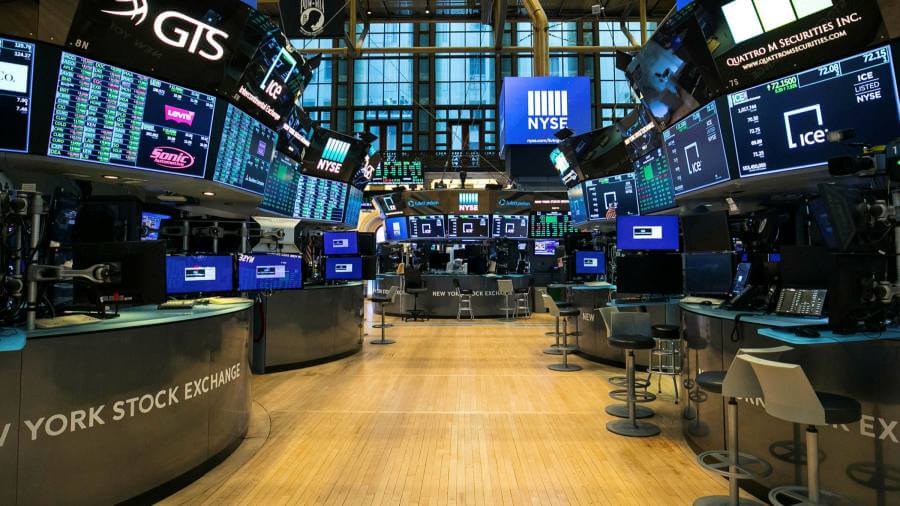 The Euro was held in tight ranges ahead of Thursday’s New York open with a more defensive tone surrounding risk continuing to limit potential currency support.

Initial US jobless claims increased to 742,000 in the latest week from 711,000 previously and above consensus forecasts of 710,000. Continuing claims declined to 6.37mn from 6.80mn the previous week and below expectations and there was also a net decline in pandemic assistance claims for the latest week.

The Philly Fed manufacturing index declined to 26.3 for November from 32.3 in October, although this was above market expectations of 22.0. There was further strong growth in new orders, while unfilled orders increased at a faster pace. There was also a stronger pace of employment growth and prices increased at a faster pace. Companies remained optimistic over the outlook, but market concerns were focussed more on the services sector.

Existing home sales increased to an annual rate of 6.85mn for October from 6.57mn and above expectations as the housing-sector data remained extremely strong.

The dollar continued to gain an element of support in early US trading as risk appetite faded. Commodity currencies also faded and EUR/USD retreated to lows just below 1.1820. There was, however, a gradual reversal with the US currency retreating and the pair strengthened to around 1.1880.

There were concerns over a record number of German coronavirus cases and the EU was unable to resolve the long-term budget dispute with Poland and Hungary. The Euro, however, was resilient and EUR/USD traded around 1.1875 as the dollar was unable to secure significant support amid US economic concerns.

Overall risk conditions were slightly more fragile during Thursday which continued to provide an element of yen protection. Although USD/JPY moved above the 104.00 level with a peak around 104.30, it was unable to sustain the gains as yields tended to drift lower.

After the New York close, Treasury Secretary Mnuchin stated that support programmes from the Federal Reserve would not be extended beyond the end of 2020. The corporate credit, municipal lending and Main Street lending programme will not be extended. Other support measures will continue, but the move triggered fresh concerns over the outlook for early next year. There was an angry response from the Federal Reserve and equity futures moved lower, although the overall reaction was relatively muted.

There were reports that Pennsylvania, Georgia and Michigan would certify their Presidential election result by Monday.

The Chinese yuan held firm after the central bank held its lending rate steady with USD/JPY around 103.80 as US sentiment remained fragile.

The UK CBI industrial orders index declined to -40 for November from -34 previously and marginally below consensus forecasts of -39. Export orders also declined, although overall output declined at the slowest rate since September 2019. Overall confidence in the economic outlook remained fragile, especially with unease over the services sector amid coronavirus restrictions. The UK economy also remains dependent on services to an important extent.

Sterling dipped briefly following reports that Brexit trade talks had been halted due to a positive coronavirus case for one of EU Chief Negotiator Barnier’s team.

The UK currency was also hampered by pressure for a correction with the less confidence tone surrounding risk appetite also acting as a drag on the currency. GBP/USD dipped to the 1.3200 area while EUR/GBP secured limited gains to 0.8960.

UK consumer confidence edged lower for November although October retail sales was stronger than expected with a 1.2% increase while there was a narrowing in the government borrowing requirement. Markets were on high alert for Brexit comments with GBP/USD around 1.3275 against the weaker dollar with EUR/GBP just below 0.8950. Position adjustment will also trigger choppy trading during Friday.

The Swiss franc was again resilient during Thursday amid the more defensive risk tone. EUR/CHF settled just below 1.0800 after again failing to hold a move above this level while USD/CHF secured only marginal gains after faltering ahead of 0.9150.

There was little net change on Friday with expectations of sustained loose policies by major global central banks continuing to discourage capital flows out of Switzerland. EUR/CHF traded marginally above 1.0800 on Friday with USD/CHF at 0.9100 as franc selling remained limited.

The Australian dollar was hampered by a firm US dollar and weaker risk tone during Thursday with AUD/USD weakening to lows just above 0.7250 before stabilising and regaining ground as the US currency slipped.

Flash retail sales data recorded a 1.6% increase for October, well above consensus forecasts. The US dollar remained fragile, but equities were also on the defensive and AUD/USD traded just below 0.7300.

ADP data recorded a Canadian employment decline of 80,000 for October after a decline of 565,000 the previous month, although confidence in the data remained limited.

The Canadian dollar was resilient despite a firmer US dollar and lack of headway in oil prices with USD/CAD settling slightly lower around 1.3070 on Friday as USD/CAD failed to hold above 1.3100.

The Norwegian krone was also resilient despite the slightly more cautious risk tone with the currency underpinned by optimism over the 2021 outlook and on-going domestic success in curbing coronavirus cases.

EUR/NOK settled below 10.70 and settled around 10.68 on Friday amid spiky trading in the pair with USD/NOK again testing the 9.00 level.

The Swedish krona was unable to make headway with EUR/SEK settling around 10.21 amid indecisive trading with USD/SEK at 8.60.

The German DAX index declined 0.9% with losses of 0.6% for the French and Spanish bourses.

Major UK stocks lost ground on Thursday as potentially positive developments surrounding the Oxford coronavirus vaccine failed to offset near-term worries over the shorter-term outlook. There was also no positive Brexit news with a 0.8% retreat for the FTSE 100 index.

US equities were mixed with underlying reservations over the near-term economic trends offset by hopes that there could be further fiscal support. The S&P 500 index posted a 0.4% gain on the day, although futures moved lower on Friday after the Treasury announced that some support programmes would not be extended.

Oil prices were subjected to choppy trading during Thursday with WTI finding support near $41.0 p/b while rallies encountered selling interest.

Optimism over longer-term vaccine developments was offset by near-term fears over the outlook.

There were some concerns that US oil capacity was nearing capacity, although macro factors dominated and crude was resilient amid the fragile US currency.

Gold dipped to test important levels near $1,850 per ounce while silver dipped below the $24.0 per ounce level.

There was a limited recovery from late in the European session as the dollar lost ground and expectations of very low global interest rates provided support.

Cryptocurrencies edged lower in Thursday’s European session with bitcoin retreating to below $17,400 as the dollar edged lower and equities corrected.

Overall sentiment remained strong and there was fresh buying support which continued after the Wall Street open despite the tepid risk conditions.

Ether ended the European session little changed amid choppy and indecisive trading before a move above $480 in Asia on Friday.