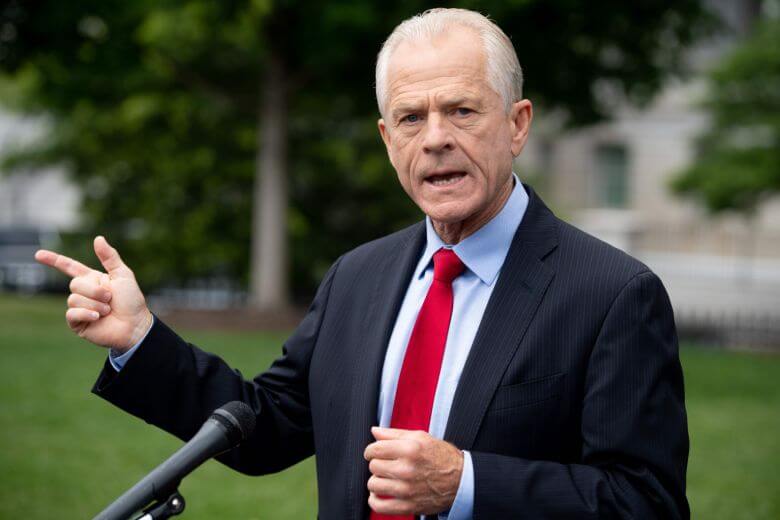 In its monthly report, the Bundesbank stated that it expects the German economy to contract close to 10% for the second quarter. The German government fiscal stimulus plan will improve business and consumer sentiment, although this will not have an impact this quarter. The construction sector had withstood the pandemic for the most part. Inflation would turn markedly negative from July until year-end before turning positive again in 2021 as base effects turned positive.

Markets will continue to monitor developments surrounding the proposed EU recovery fund with French President Macron scheduled to meet Dutch Prime Minister Rutte on Tuesday.  Positive rhetoric would tend to underpin the Euro while an abrasive tone would unsettle confidence.

The Chicago Fed National Activity index recovered strongly to 2.61 for May from -17.89 in April with a 3-month average at -6.65 from -7.50 previously. All four categories were in positive territory for the month with employment making the strongest contribution as payrolls rebounded strongly.

The dollar overall lost ground after the New York open with EUR/USD advancing to the 1.1250 area and the US currency was unable to regain ground later in the session as commodity currencies also posted strong gains on the day. The Euro held a firm tone on Tuesday and EUR/USD traded just above the 1.1250 level ahead of the latest business survey data. The Euro-zone PMI releases are expected to register a notable improvement for June.

There were further reports that the White House is considering a further economic stimulus programme including another round of direct payments and US equities made further headway with the Nasdaq index at a record high. USD/JPY remained locked in very tight ranges just below 107.00 as both lost ground against other major currencies amid firm risk appetite.

There was a reported decline in US coronavirus cases on the day and New York eased restrictions, although caution prevailed given potential dips during the weekend period. There was also an increase in new global cases to a fresh record high.

Japan’s PMI manufacturing index declined to 37.8 from 38.4 with a rebound in the services-sector index to 42.3 from 26.5. Risk appetite dipped sharply during Asian trading after White House trade adviser Navarro stated that the US-China trade deal was over, but there was a quick recovery as President Trump stated that the trade deal remained intact. The yen made brief gains after the comments before a quick reversal with USD/JPY edging above the 107.00 level.

The headline CBI industrial orders index improved only marginally to -58 for June from -62 previously and below expectations of -50. Overall output declined at the fastest pace on record in the three months to June. Export orders declined sharply to a record low and overall confidence remained weak.

The IHS Markit household finance index recovered to 40.7 for June from 37.8 in May, but remains well below the pre-covid levels Confidence in job prospects also remained very weak in historic terms despite a small monthly improvement as workplace activity continued to decline on the month.

Bank of England Governor Bailey stated that financial dislocation seen in march was much more serious that in 2008/09 and that the prospects would have been very bad if the central bank had not intervened, especially as the government would have found it very difficult to finance itself.

The Euro held firm against Sterling with only a limited correction to around 0.9040, but GBP/USD was able to make significant net gains to the 1.2470 area with selling around 1.2500. Sterling edged lower on Tuesday ahead of the latest business confidence data with a slightly more defensive risk tone.

Swiss sight deposits increased to CHF680.1bn from CHF679.5bn the previous week which suggests that central bank intervention was only marginal during the week. Swiss National Bank member Zurbruegg stated that the bank was not concerned about the possibility of being named as a currency manipulator by the US.

The Euro secured limited gains amid a wider advance and EUR/CHF settled around 1.0670, although the dollar drifted lower to the 0.9470 area. The Swiss currency was hampered by a firm tone in equity markets and a dip in yen demand, although there was still demand for perceived safe assets as gold made net gains.

The Australian dollar briefly dipped lower at the New York open, but regained traction later in the day with AUD/USD strengthening to test the 0.6900 area as equities held gains and the US dollar lost ground.

Risk appetite dipped sharply following Navarro’s trade comments with AUD/USD sliding to 0.6860, but there was a quick recovery. The latest Australian PMI data recorded an increase in the manufacturing sector to 49.9 from 44.0 with the services sector back in expansion territory at 53.2 from 26.9.

AUD/USD settled just above 0.6900 at the European open in more nervous conditions.

Bank of Canada Governor Macklem stated that negative interest rates could lead to distortions and also commented that the 0.25% level for interest rates is the effective lower bound.

He expected supply to recover more quickly than demand which will put downward pressure on inflation.

The Canadian dollar had already edged stronger and made further progress after Macklem’s comments. With net gains in the oil complex, USD/CAD retreated to the 1.3520 area.  There was support near 1.3530 before a recovery to 1.3540 on Tuesday.

The Norwegian krone was unable to make headway on Monday despite gains in equity markets and firm energy prices. EUR/NOK settled close to 10.80 despite overall gains in risk currencies.

The krone edged lower on Tuesday with the currency unable to gain any traction and EUR/USD traded around 10.83 with USD/NOK around 9.62.

The Swedish krona was held in relatively narrow ranges with EUR/SEK edging lower to near 10.55. There was little change on Tuesday with markets continuing to monitor relative coronavirus developments and USD/SEK retreated to around 9.38.

Euro-zone equities were unable to make headway during Monday amid reservations over the underlying earnings threat from coronavirus, especially if new cases increase once again.

The German DAX index declined 0.55% with significant losses across all major bourses with a 0.7% retreat for the Italian FTSE MIB index.

US equities made significant gains with further expectations of economic stimulus and fresh interest in the technology sector. The Nasdaq index posted a fresh record high with a 0.6% advance for the S&P 500 index and futures were little changed on Tuesday.

Sentiment held firm, however, and a weaker dollar provided an element of support.

There were concerns that real interest rates would remain negative over the medium term which underpinned demand for safe assets.

A weaker US dollar also helped underpin gold during the day and it advanced to 1-month highs above $1,760 per ounce before fading slightly. Silver initially secured gains, but faded later in the session after failing to break above $18.00 per ounce.

Gold edged lower to the $1,755 per ounce area on Tuesday with silver losing ground to trade near $17.70 per ounce.

Cryptocurrencies held steady in early Europe on Monday and then secured significant gains as bitcoin advanced to highs above $9,600

There was underlying support from a weaker US dollar and buoyant equity markets which encouraged fresh interest in risk assets.

The very low real interest rates also sparked interest in cryptocurrencies. Bitcoin advanced further to highs near $9,800 at the New York close before a corrective retreat to near $9,600.

Ether also posted strong gains to a peak above $245 in US trading before a slight retreat.