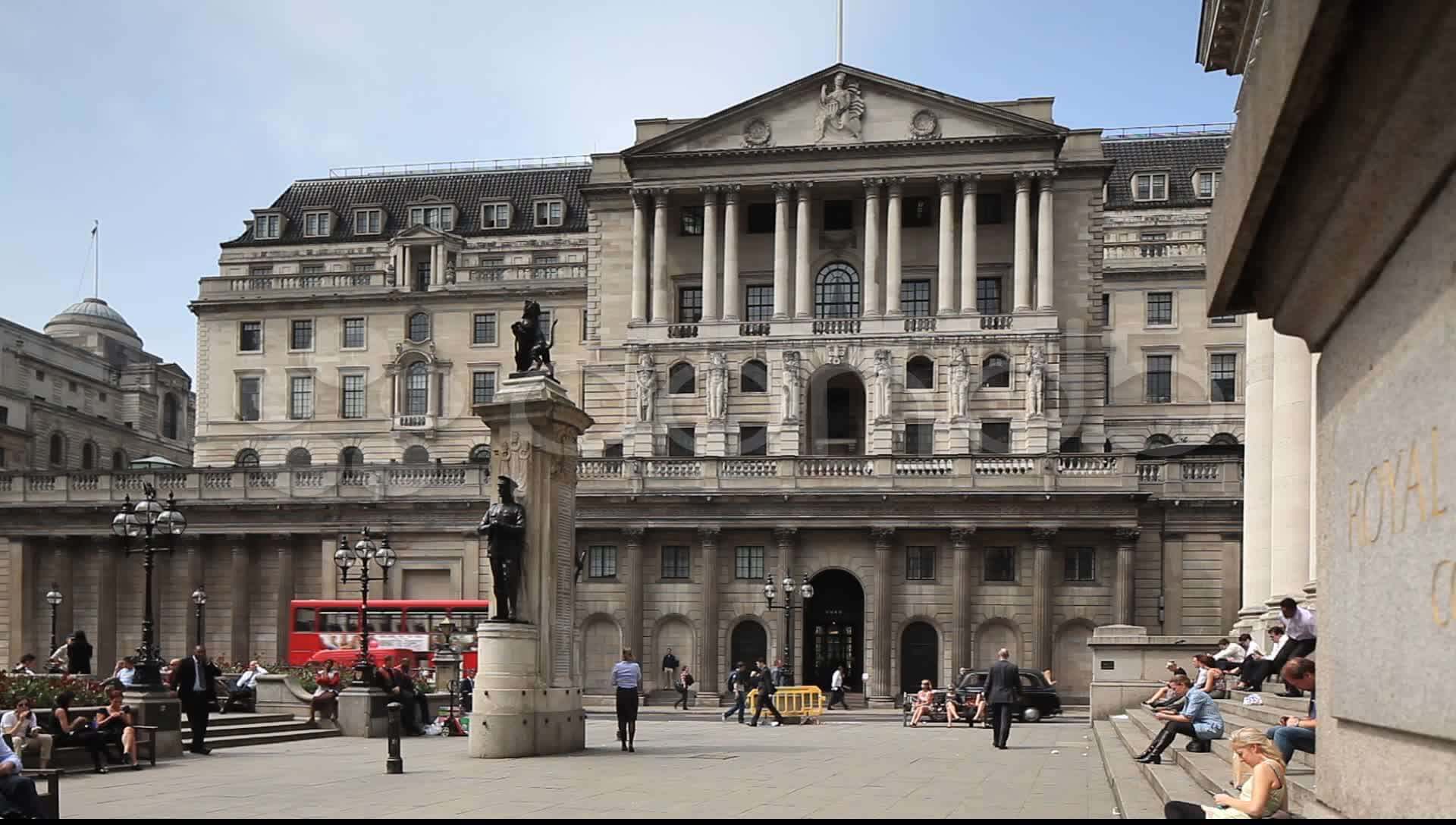 The EU Economic Sentiment index declined to 101.7 from a revised 103.1 and industrial sentiment deteriorated further, although the services sector improved. ECB’s Lane stated that the September monetary policy measures were a recalibration of policy and did not represent a dramatic move while the ECB had not yet seen a technical limit to how low rates could go.

Philadelphia Fed President Harker stated that he did not support the September rate cut and that the bank should hold firm on rates, jet things settle down and watch how events play out. Markets still priced in close to a 70% chance that rates would be cut again this year. EUR/USD found support close to 28-month lows of 1.0900 and rallied to around 1.0940 as the dollar corrected slightly from 3-week highs. There was also speculation that out-going ECB President Drahi would make a fresh push for increased fiscal spending, but the Euro was unable to make further headway on Monday as the US currency held firm.

There was a subdued reaction in bond markets to the US data releases with the 10-year yield settling just below 1.70%. Wider US currency gains were instrumental in pushing USD/JPY to highs near 108.20. There was a retreat to just below 108.00 later in the US session as Wall Street equities were undermined by reports that the US Administration was considering limiting portfolio investment into China.

There was also further uncertainty surrounding US politics with the House of Representatives continuing to investigate potential impeachment proceedings against President Trump.

Japan’s industrial production declined 1.2% for August compared with expectations of a 0.5% decline, reinforcing unease over the manufacturing outlook. China’s manufacturing PMI index strengthened to 49.8 for September from 49.5 previously while the non-manufacturing index declined marginally to 53.7 from 53.8. The Caixin PMI manufacturing index strengthened to 51.4 from 50.4 which provided an element of relief to risk appetite. Asian equities were unable to make headway and USD/JPY retreated slightly to the 107.80 area with Chinese markets closed for holidays over the remainder of the week.

Bank of England MPC member Saunders stated that prolonged high Brexit uncertainty could warrant looser monetary policy if global growth remains disappointing and that adverse effects of high uncertainty are becoming clear in UK data. If a no-deal Brexit outcome was avoided, policy could go in either direction, although it was plausible that the next move in rates could be down rather than up. Relatively dovish rhetoric triggered Sterling selling with a GBP/USD slide to below 1.2300.

Irish Foreign Minister Coveney stated that the EU was ready to negotiate, but the UK hadn’t sent a serious proposal. Brexit Secretary Barclay stated that talks are coming to a moment of truth and there was still a long way to go, but a deal could be made with goodwill. GBP/USD remained on the defensive below 1.2300 while EUR/GBP advanced to 0.8900.

CFTC data continued to indicate a large short Sterling position, maintaining the potential for substantial short covering if there are positive fundamental developments. The Lloyds business barometer improved only slightly for September and Sterling secured only marginal gains as tensions remained intense surrounding parliament and the Conservative Party conference.

The Swiss franc maintained a solid tone on Friday with markets unable to find a convincing reason to sell the Swiss currency. EUR/CHF retreated to near 1.0830 and close to two-year lows while USD/CHF corrected to near 0.9900 after failing to break above 0.9950.

Markets will remain on alert for potential National Bank intervention, but unease over global risk conditions continued to underpin the Swiss currency with USD/CHF around 0.9910 on Monday.

The Australian dollar made slight net gains on Friday, although there was resistance close to 0.6780 as the US currency maintained a firm tone with a fresh retreat towards 0.6750.

The Australian currency was unable to derive significant support from the Chinese PMI data with market expectations of a further Reserve Bank interest rate cut at Tuesday’s policy meeting continuing to undermine sentiment. AUD/USD was held close to 0.6750 amid negative sentiment.

The Canadian dollar made net gains on Friday, but USD/CAD found support close to 1.3210 and rallied to close around 1.3240.

Narrow ranges prevailed on Monday as oil prices failed to make headway with USD/CAD just below 1.3240.

Swedish retail sales were unchanged for August, slightly below consensus forecasts, with the year-on-year increase held at 2.7% from 3.9% previously.

The krona came under pressure during the day with EUR/SEK settling around 10.70 from highs above 10.72 with the currency unable to make headway on Monday with USD/SEK around 9.80.

Norwegian unemployment held at 2.2% for September with the labour market still tight. The krone was, however, unable to make any headway and EUR/NOK settled close to 9.93 with little change on Monday despite slight gains on unchanged retail sales with USD/NOK around 9.08.

Euro-zone equities made net gains on Friday amid some hopes for US-China trade progress, although there were still important concerns over the earnings outlook.

Markets closed before US markets dipped lower and the German DAX index gained 0.75%, but Eurostoxx 50 gains were held to 0.4%.

UK equities were again protected by Sterling weakness, especially as MPC member Saunders made relatively dovish comments. The FTSE 100 index gained 1.0% and to near 2-month highs despite earnings reservations.

US stocks moved higher in early trading before dipping later in the session following reports that Chinese companies could be de-listed from Wall Street indices. The S&P 500 index declined 0.5% at the close, but futures edged higher on Monday.

Asian equities were unable to make headway on Monday despite slightly positive Chinese PMI data with the Caixin data recording the strongest gains in production since August 2018.

Japan’s Nikkei 225 index declined 0.7% as Softbank losses continued to erode confidence while the Australian ASX index dipped late in the session to register a 0.4% decline despite support from expectations of a Reserve Bank rate cut.

China’s Shanghai index traded 0.35% lower in late trading with position adjustment ahead of holidays over the remainder of the week while Hong Kong’s Hang Seng index gained 0.65%.

Oil prices declined in Europe on Friday after reports that Saudi Arabia had agreed to a partial ceasefire in Yemen with underlying demand reservations still significant.

Baker Hughes data recorded a further decline in oil rigs to 713 from 719 previously, the lowest figure since May 2017.

Gold came under pressure in Europe on Friday with a break below $1,500 per ounce triggering fresh selling and lows below $1,490. There was a rally later in the session as the US dollar faded, but spot closed just below $1.500.

CFTC data recorded a further increase in long gold positions to the second highest on record, maintaining the potential for sharp position adjustment and making it difficult for gold to regain momentum.

Spot gold traded close to $1,490 per ounce on Monday while silver continued to lose ground with a slide to 1-month lows below $17.50 per ounce.

Cryptocurrencies were unable to make headway during most of Friday as underlying sentiment remained weak, although bitcoin did move higher late in US trading with a push to around $8200.

There were no further gains during the weekend with further selling in evidence late in Asian trading with notable position adjustment ahead of holidays in China.

CFTC data recorded no change in positioning for the latest week which suggests that recent losses have not been led by speculative selling.

Ether did secure a recovery during the weekend with highs just above $175, although the advance faded to near $165 on Monday.