Market Report – Oil prices were boosted by expectations of tight supply with benchmarks at 13-month highs. 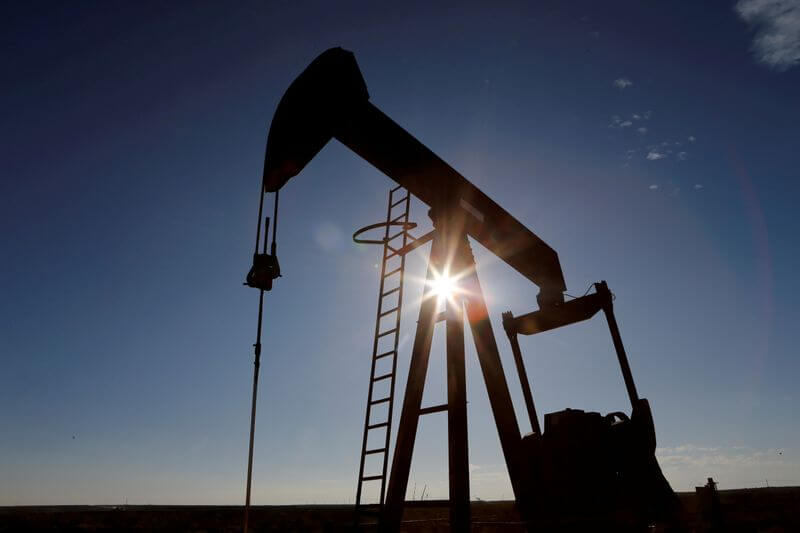 The German IFO business confidence index strengthened to a 5-month high of 92.4 for February from a revised 90.3 the previous month and above consensus forecasts of 90.5. The current assessment strengthened to 90.6 from 89.2 while there was a stronger increase in the expectations component to 94.2 from 91.5 previously. IFO economist Wohlrabe stated that the economy is looking towards an upswing, especially in the industrial sector while production plans have been revised significantly higher which underpinned confidence surrounding the German economy.

There were reports that the Italian ban on regional movement would be extended until March 27th, maintaining some reservations over Euro-zone developments

The Chicago Fed national activity index strengthened slightly to 0.66 for January from 0.52 previously, although markets remained focussed on yields.

ECB President Lagarde stated that the bank was closely monitoring the evolution of longer-term yields and that the bank remained committed to preserving favourable financing conditions over the pandemic period. Council member Villeroy stated that there no risk of economic overheating. The comments triggered some speculation that the bank would look to exert some kind of yield curve control, although there was little impact on the Euro.

The dollar attempted to stabilise, but gradually lost ground, especially with renewed gains in commodity currencies and EUR/USD moved higher to just above 1.2150 at the European close. The dollar was unable to regain ground on Tuesday and retreated to 6-week lows as EUR/USD traded at 4-week highs around 1.2170.

US yields held firm in early Europe on Monday, but gradually retreated later in the day which limited support for the US currency. The yen was able to gain renewed demand on the crosses and USD/JPY dipped to lows near 105.00 after the New York open amid a wider slide in US sentiment.

The US currency was unable to recover ground into the European close and USD/JPY continued to test the 105.00 area as wider US currency moves dominated.

Markets will be monitoring Fed Chair Powell’s testimony closely on Tuesday with a focus on monetary and fiscal policy. In particular, there will be a focus on any shift in rhetoric surrounding the potential for early tapering. Trends in yields will remain a key element for dollar direction.

In comments on Tuesday, Chinese state media stayed that the economic recovery would pave the way for monetary policy normalisation. Higher interest rates would tend to support the Chinese yuan and curb potential dollar demand, although equity markets could also be undermined.

US equity futures posted gains on Tuesday which dampened yen demand to some extent and the USD/JPY rallied slightly to 105.15.

Sterling was subjected to a correction in early Europe on Monday with a GBP/USD dip below the 1.4000 level. Underlying sentiment held firm during the day with expectations of further capital inflows into the UK. In this context, the UK currency found strong support on dips and posted net gains into the New York open.

Prime Minister Johnson laid out the roadmap for easing coronavirus lockdown restrictions and stated that the aim was to end all restrictions in England before the end of June. The UK currency secured a further lift following the outline with GBP/USD highs near 1.4080 and EUR/GBP retreated to fresh 11-month lows around 0.8635.

Bank of England MPC member Vlieghe stated that the level of interest rate similar to those before the financial crisis may not be seen in his lifetime. He also indicated that the transmission mechanism of negative rate might be larger in FX markets in the UK case. There was no currency impact and Sterling held a firm tone on Tuesday with GBP/USD at fresh 34-month highs just above 1.4080 while EUR/GBP remained just below the 0.8650 level.

UK unemployment increased to 5.1% from 5.0%, in line with expectations with a decline in the claimant count and slow recovery in weekly hours. The UK currency held steady after the data with GBP/USD around 1.4070 amid pressure for at least a limited correction after a run of very strong gains during the month.

Swiss sight deposits increased marginally to CHF704.4bn from CHF704.3bn previously which suggested the National Bank had not been acting to weaken the franc.

The Swiss franc moved significantly lower in early Europe with EUR/CHF strengthening to above the 1.0900 level. The franc regained some ground later in the day as global yields edged lower again. After briefly moving above the 0.9000 level, USD/CHF dipped to lows at 0.8950, although there was buying interest on dips. The franc was marginally weaker on Tuesday with EUR/CHF settling around 1.0900 while USD/CHF was held just above the 0.8950 level.

The Australian dollar dipped lower in early Europe on Monday as equity markets dipped, but AUD/USD found support above the 0.7850 level and gradually strengthened as the US currency lost ground. In this environment, AUD/USD moved above the 0.7900 level.

Australian Prime Minister Morrison stated that temporary job-support programmes would expire at the end of March.

Equity markets held firm on Tuesday and AUD/USD strengthened to 3-year highs at 0.7335 before a retreat to 0.7915.

The Canadian dollar drew support from gains in oil prices with a weaker US currency also boosting sentiment with USD/CAD again dipping below 1.2600 before finding support.

The Canadian dollar posted further gains on Tuesday with USD/CAD at 34-month lows at 1.2585 and only a marginal correction.

The Norwegian krone dipped lower in early Europe as equity markets moved lower and was unable to gain traction later in the day despite fresh gains in oil prices.

EUR/NOK settled close to 10.30 before edging lower on Tuesday as crude held a firm tone with USD/NOK around 8.46.

Riksbank deputy Governor Floden stated that economic developments have been surprisingly positive and there is now a reduced possibility that further monetary stimulus would be needed.

He did, however, add that the krona had strengthened fast and a lot.

Overall, the krona edged lower on the day before a retreat on Tuesday with EUR/SEK around 10.07 amid buying on approach to 10.00 while USD/SEK around 8.27.

Euro-zone equities lost ground on Monday as the German business confidence data failed to spur demand. There was a more defensive tone in US futures which also hampered support with markets focussing on the risk of higher yields.

The German DAX index posted a 0.3% decline with limited losses for other major bourses.

UK equities dipped lower at the Monday open and there was an element of caution throughout the day. Commodity-price trends were positive and equities pared losses, but there was a further Sterling headwind and the FTSE 100 index declined 0.2%.

Wall Street equities overall edged lower on Monday with a further underlying correction as the risk of higher inflation dampened sentiment. There was a further rotation out of the tech sector with a 2.5% decline for the Nasdaq index while the S&P 500 index declined 0.75%.

Tokyo markets were closed for a holiday.

Oil prices were underpinned by expectations of stronger global demand with expectations of tight supplies also a factor in underpinning sentiment as some investment banks including Goldman Sachs raised their forecasts.

Precious metals had struggled last week, but made strong headway on Monday amid the combination of a weaker US dollar and decline in US yields.

Gold posted significant gains to just above $1,810 per ounce at the European close with silver testing $28.00 per ounce.

Gold traded just above $1,810 per ounce on Tuesday as the dollar remained on the defensive with silver attempting to hold $28.0 per ounce.

Cryptocurrencies edged higher in early Europe on Monday, but then started to lows traction and there were heavy losses just after the New York open.

There was underlying pressure for a correction and a less positive commentary from Tesla’s Elon Musk also helped trigger sharp selling.

Bitcoin slumped to lows below $48,000 before rallying quickly to near $54,000 as volatility remained intense.

There was no let-up in volatility in Asia with bitcoin sliding to near $48,000 again before regaining $50,000.

Ether also declined very sharply to lows below $1,600 before posting a fresh advance and again traded just above $1,600 on Tuesday after another slide attracted fresh buying.