Good morning and welcome to episode 662 of ‘Talking Bull’. In this video/podcast we cover the main headlines and what to expect from the day ahead.

Joe was onside 0.84R on Ethereum, Steve was offside 0.03R on GBPUSD. Jamie was stopped out on EURNZD.

We are currently up 124.36% collectively since we began recording Talking Bull on the 30th October 2019.

The Bank of England raised interest rates by 50 basis points to 1.75% which was in line with consensus forecasts and took rates to the highest level since late 2008. There was an 8-1 vote for the decision with Tenreyro voting for a smaller increase to 1.50%.

The bank raised its inflation forecast with a peak now seen above 13% late this year under the impact of a fresh surge in retail energy prices. The bank also downgraded its forecasts for the economy with GDP seen as contracting in 2023 and 2024 with five quarters of negative growth as real disposable incomes were set to decline by the largest amount since records began 1964.

The bank noted that uncertainty was exceptionally high and moved away from predictive forward guidance while reiterating that it would take forceful action if needed.  The bank forecast that, based on market rates, inflation would be well below target on a 3-year horizon which implied that it considers market expectations are too high

The UK PMI construction index declined to 48.9 for July from 52.6 the previous month which was below consensus forecasts of 52.0 and the weakest reading since May 2020. New orders did remain in expansion territory, but business confidence remained subdued while cost pressures were the weakest since March 2021.

Sterling dipped sharply after the BoE rate decision amid increased recession fears, but did recover from intra-day lows with a steady global risk tone providing an element of support.

US jobs data on Friday

The latest employment report will be released on Friday with expectations of an increase in non-farm payrolls of around 250,000 with the unemployment rate holding steady at 3.6%. The overall data, including average earnings, will be important for evidence surrounding underlying growth and inflation trends in the economy.

Markets remained uneasy over the Taiwan situation with expectations that there will be long-term economic pressure from China which will have a negative impact on the Asian economy. 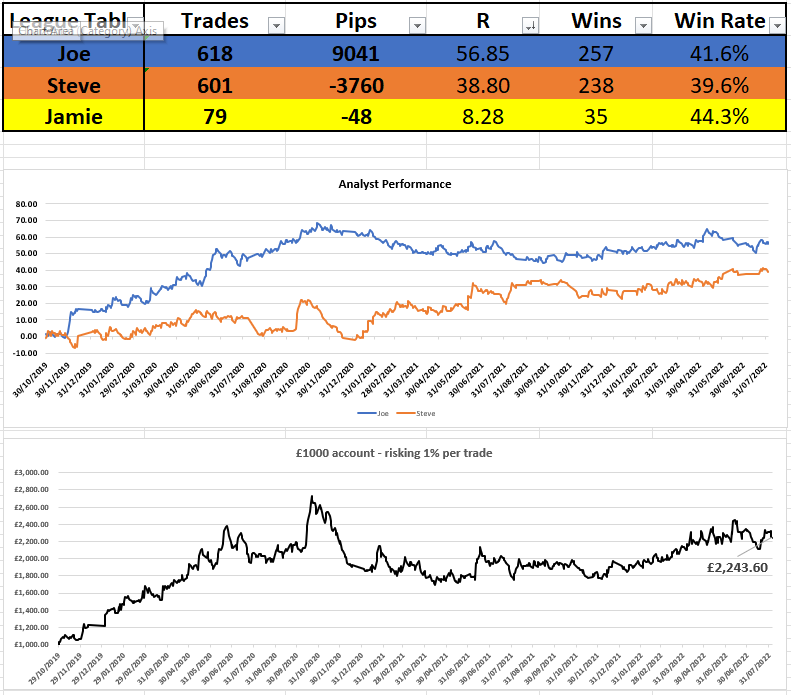