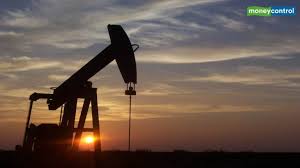 German trade volumes were below consensus forecasts for February with a 1.3% annual decline in exports, maintaining concerns over the underlying growth outlook. The Euro-zone Sentix investor confidence index strengthened to -0.3 for April from -2-2 previously which above consensus expectations, but still the fourth successive reading below zero.

The Euro initially failed to make any significant headway, but gradually gained ground ahead of the New York open as gains on the main crosses were enhanced by a generally weaker US dollar. There was also an element of short covering ahead of Wednesday’s ECB meeting, especially with a very dovish central bank stance already priced in.

US February factory orders declined 0.5%, in line with consensus forecasts, but this was the fourth negative reading in the past five months, maintaining an element of caution surrounding the US outlook.

The US dollar drifted lower on Tuesday with fresh gains in oil prices triggered further demand for commodity currencies. The Euro was, however, hampered by fresh unease over US-EU trade policies with the US Treasury threatening to impose further tariffs on EU exports over Airbus subsidies. EUR/USD held above 1.1250, but failed to extend gains as tight ranges prevailed.

The dollar consolidated in narrow ranges ahead of Monday’s New York open with USD/JPY support near 111.25. US yields edged higher in early US trading, although there was also a limited retreat in equities. Overall defensive yen demand remained weaker which was an important factor cushioning the dollar as USD/JPY edged above 111.50.

There was speculation over overseas buying by Japanese funds early in the new fiscal year and slightly firmer sentiment towards global growth also curbed potential defensive yen demand. Markets were, however, were uneasy over the potential for medium-term shifts in Federal Reserve policies following President Trump’s controversial Fed Governor nominations.

Asian equities were held to tight ranges on Tuesday with markets waiting for further US-China trade developments. US 10-year yields held just above 2.50% and USD/JPY drifted slightly lower to the 111.30 area.

Underlying political tensions unsettled Sterling on Monday with some reports that Conservative Party MPs were looking to hold an indicative vote of no confidence in prime Minster May. Brexit concerns were offset to some extent by further gains in oil prices and a firm tone in commodities GBP/USD registered a net advance given the weaker dollar, but it was capped below 1.3100 while EUR/GBP strengthened to near 0.8650 before fading towards the European close.

The House of Lords approved legislation designed to block a ‘no-deal’ outcome and it should come into law on Tuesday while technical talks between the government and Labour Party continued. On Tuesday, Prime Minister May will visit Germany and France ahead of Wednesday’s EU Summit in an attempt to clarity UK intentions.

Economic data recorded a weak BRC retail sales release for March, although this was distorted by seasonal factors and Barclaycard data recorded a stronger release for consumer spending. Sterling edged stronger with net support from the strength in oil prices with markets braced for choppy trading amid intense political activity.

Markets were continuing to monitor European political and economic developments as the combination of any failure to extend the Brexit deadline and the US imposition of tariffs on the EU could trigger strong franc gains. The franc was fractionally lower on Tuesday as demand for commodity currencies remained firm.

The Australian dollar was boosted by underlying US currency weakness on Monday with support amplified by gains across the commodity complex and AUD/USD advanced to 0.7125 at the European close.

An increase in Australian home loans provided some relief and commodity prices held firm. AUD/USD edged higher to near 0.7140, but struggled to gain significant momentum.

Canadian housing starts increased to an annual rate of 193,000 for March from 166,000 previously, but this was slightly below consensus forecasts. The building permits data was also notably weak with a 5.7% February decline following a revised 6.0% decline the previous month.

Bank of Canada senior Deputy Governor Wilkins made no reference to monetary policy.

The Norwegian krone gained support from strength in oil prices during Monday.

Norges Bank Governor Olsen reiterated that he expected the next increase in interest rates to be within the next six months. The tightening stance was in stark contrast to dovish policies by most global central banks.

EUR/NOK dipped below 9.62 before consolidating just above this level. The krone dipped lower on Tuesday following weaker than expected monthly GDP data. EUR/NOK spiked to near 9.64 with USD/NOK near 8.55

Riksbank member Floden stated that inflation outcomes have been clearly below their forecasts and there was no evidence that temporary factors had cleared.

The krona was resilient despite the dovish rhetoric with slightly increased confidence in the global outlook underpinning sentiment.

Euro-zone equities were hampered by unease over German growth trends with concerns over trade issues also a negative factor, but gains in oil prices provided support.

With pressure for a correction, there was a retreat of close to 0.4% in the German DAX index while the Eurostoxx 50 index declined 0.25%.

UK equities were little changed with GBP/USD held in tight ranges while sharp gains in oil prices came after the close. Overall, the FTSE 100 index closed with marginal gains.

US stocks were hampered by caution ahead of earnings reports and doubts over growth trends, but energy gains provided net support. The S&P 500 index secured a slight 0.1% advance to fresh 6-month highs.

Japan’s Nikkei index was able to secure a net advance of just below 0.1% as oil prices continued to advance while the Australian ASX index closed unchanged.

China’s Shanghai index was 0.7% lower in late trading as selling increased towards the close, but the Shenzhen index made net gains and Hong Kong’s Hang Seng index traded 0.1% higher.

Crude oil continued to gain support from fears over violence in Libya amid concerns over sustained disruption to output and exports. Prices were also boosted by a fragile underlying dollar tone.

WTI did dip to $63.15 p/b on a correction, but then moved sharply higher in US trading.

There was also a boost from latest Genscape data which suggested a drop in Cushing refineries for the week and WTI pushed sharply higher to fresh 5-month highs near $64.50 p/b.

After posting further gains, WTI consolidated just above $64.50 p/b on Tuesday with Brent also at 5-month highs above $71.0 p/b.

Gold also drew support from a weaker dollar, especially given a slightly weaker tone in global equity markets. There was, however, resistance close to $1,300 per ounce and prices drifted lower later in US trading.

Cryptocurrencies were subjected to pressure for a correction on Monday and bitcoin retreated from 4-month highs close to $5350.

There was fresh buying ahead of the New York close as a weaker dollar provided net support, although bitcoin failed to post fresh intra-day highs.

Sentiment was hampered to some extent by reports that Cina wanted to stop bitcoin mining and further tighten regulation. Prices corrected lower again on Tuesday with bitcoin just below $5200.

After hitting selling interest around $185, Ether retreated to near $175.