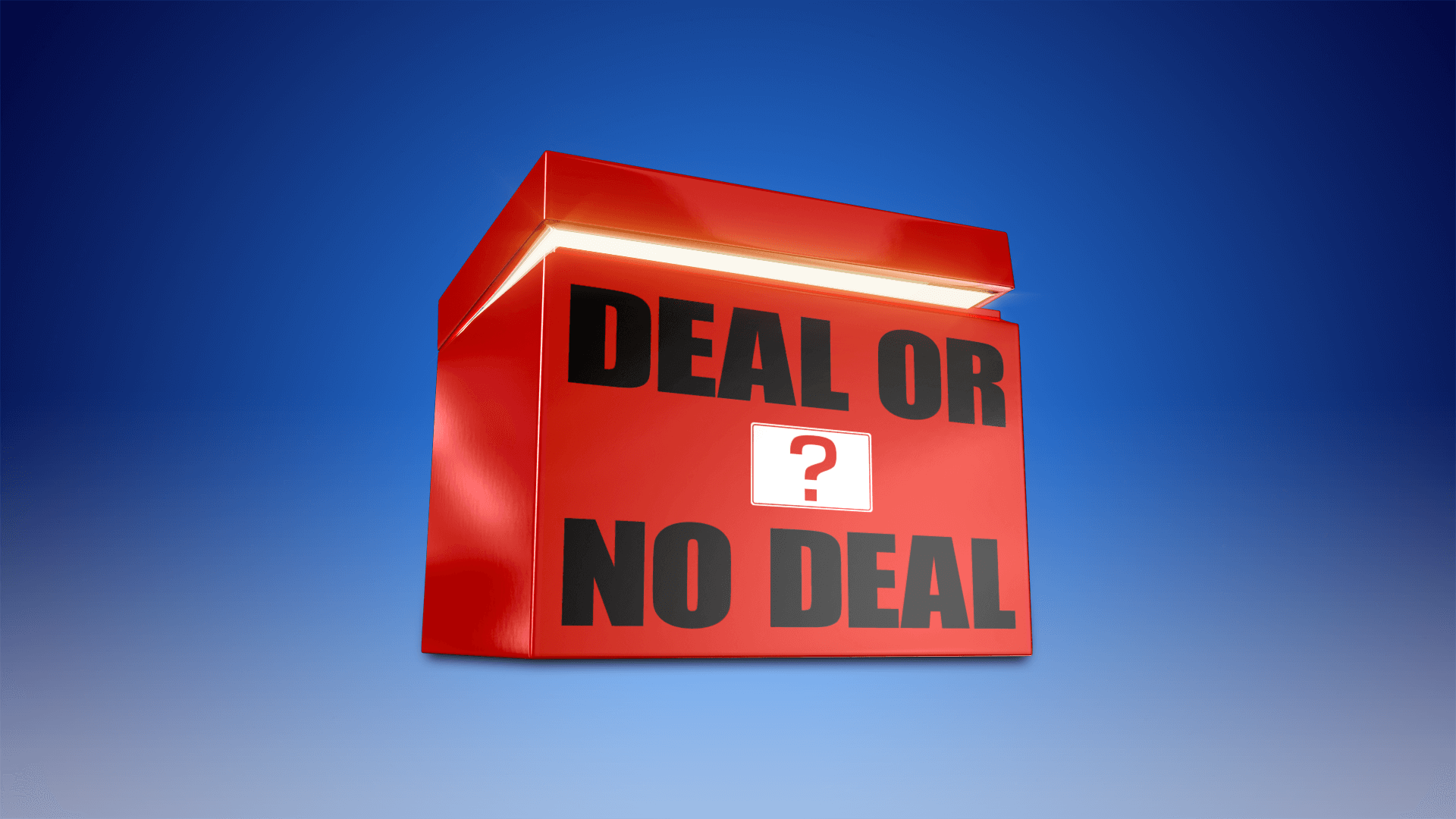 A Brexit deal has been put on the table, but more importantly it now needs to be approved by Parliament before it can take effect.

Members of Parliament will have their chance to approve or reject the deal on the 11th December at around 7pm. The result of which is expected to be clear within an hour of the vote.

If Government pass the vote, then the next stage is to take it to the House of Lords, which should be a routine process, but if the MPs do not pass it, then what?

If the vote is rejected at the first attempt, then ministers are planning to try again within a few days. A rejection of the deal could send shudders through financial markets, which may in turn spook MPs into reconsidering their original view.

In the event of the deal being rejected, Labour will attempt to force a general election, which seems unlikely, but they may have more luck in trying to secure a second referendum, which the European Union’s top legal adviser has said, Britain has the right to do.

If Labours attempts fail, then there will be a choice left on the table to either pass Mrs May’s deal or take the route of a no-deal Brexit.

At this stage the Government appears likely to lose the vote. So, with all this in mind, what are the likely outcomes for Sterling as a result of this?

Sterling has been hammered over recent months as the market attempts to price in what could happen as a result of Brexit.

The chart below is a weekly setup of GBP/USD. The original Brexit vote in June 2016 caused a huge spike which saw the pair head sharply lower, breaking from a bearish flag pattern. The continuation lower bottomed out at 1.1905 in October 2016 before staging a corrective move higher that lasted for 80 weeks between October 2016 to April 2018, increasing by 20.76%. The correction eventually ran out of steam at the 61.8% Fibonacci retracement level before resuming the long-term downtrend. 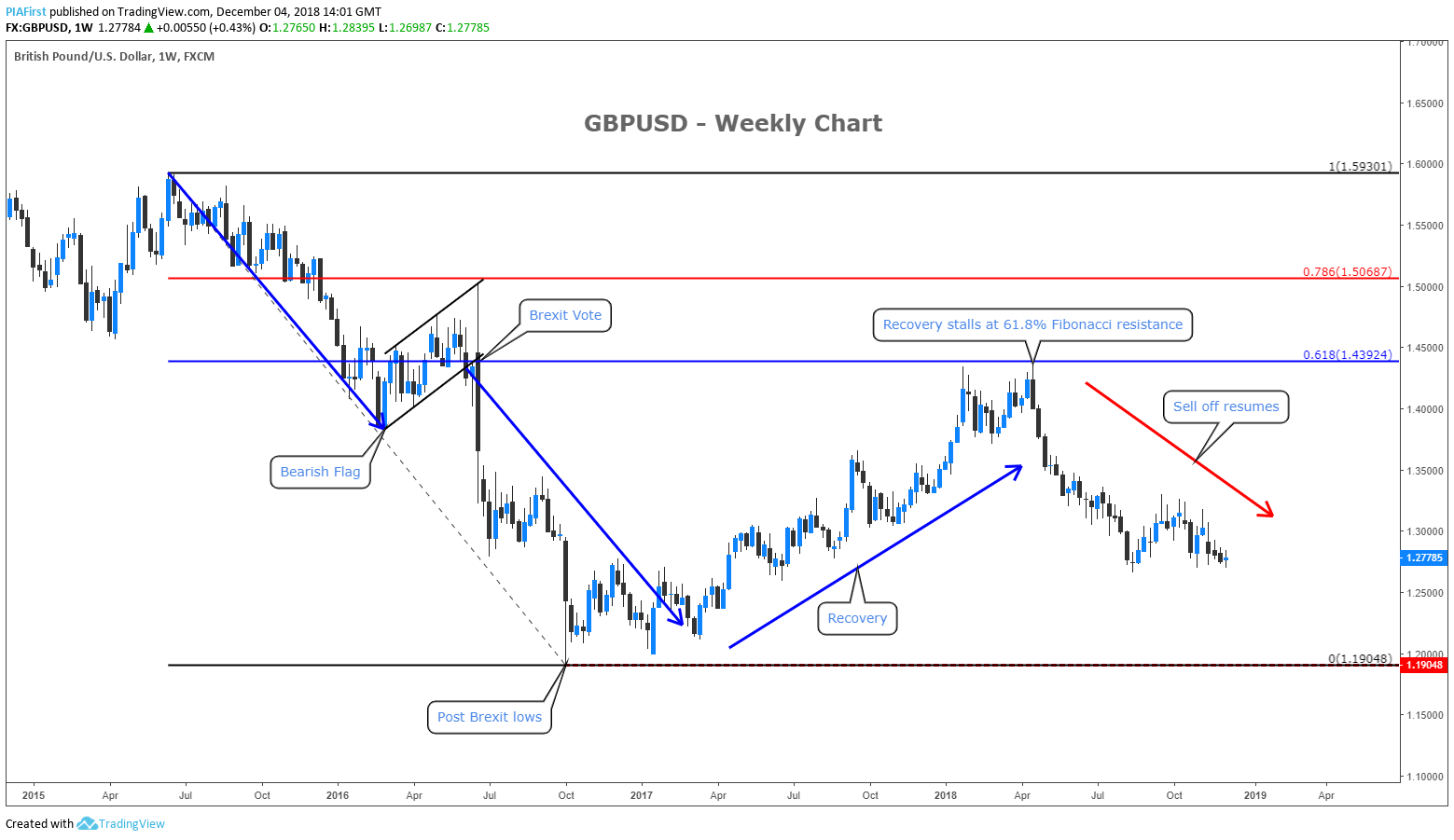 The whole Brexit scenario is likely to take many twists and turns over the coming days, weeks and months. We have mapped out some simple outcomes and what we expected it could mean for Sterling.

In the unlikely event that the deal is accepted by Parliament, then Sterling is likely to rally in relief.

Technical on GBP/USD – The bull case

The daily chart shows the choppy and indecisive price action that has been present in GBP/USD since September 2018. A wedge pattern has formed, which is likely to break out in either direction as a result of the vote on the 11th December 2018. The relief of a deal being agreed, we believe, could see GBP/USD rally towards the 61.8% Fibonacci resistance at 1.3721 in the weeks following the vote. This would be an increase of around 7.5% from current levels. If price is accepted above that level, then further upside moves towards 1.4000 and 1.4375 could be seen. 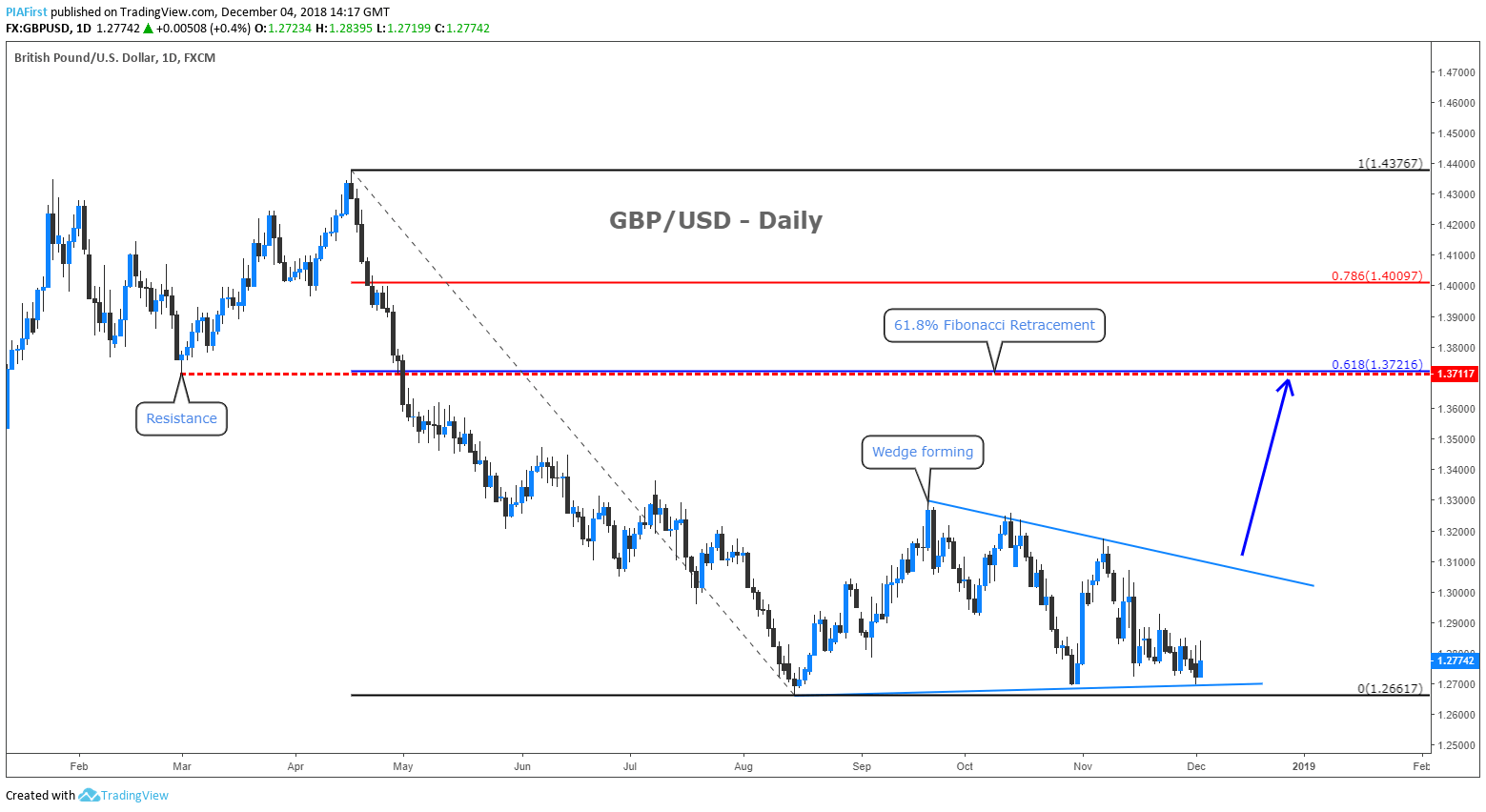 In the event of GBP/USD rallying, investors are likely to flock to riskier, domestic stocks to capitalise on the move.

Names that score well in our fundamental model, that are UK based include Berkeley Group, BT Group, Next, EasyJet and Aviva.

The chart below shows how poorly the combined list of stocks (Blue) have performed since March 2018. The line is closely correlated with GBP/USD (Orange), on both charts the bearish momentum has stalled and support been found. This is now a waiting game on the outcome of the Brexit deal. 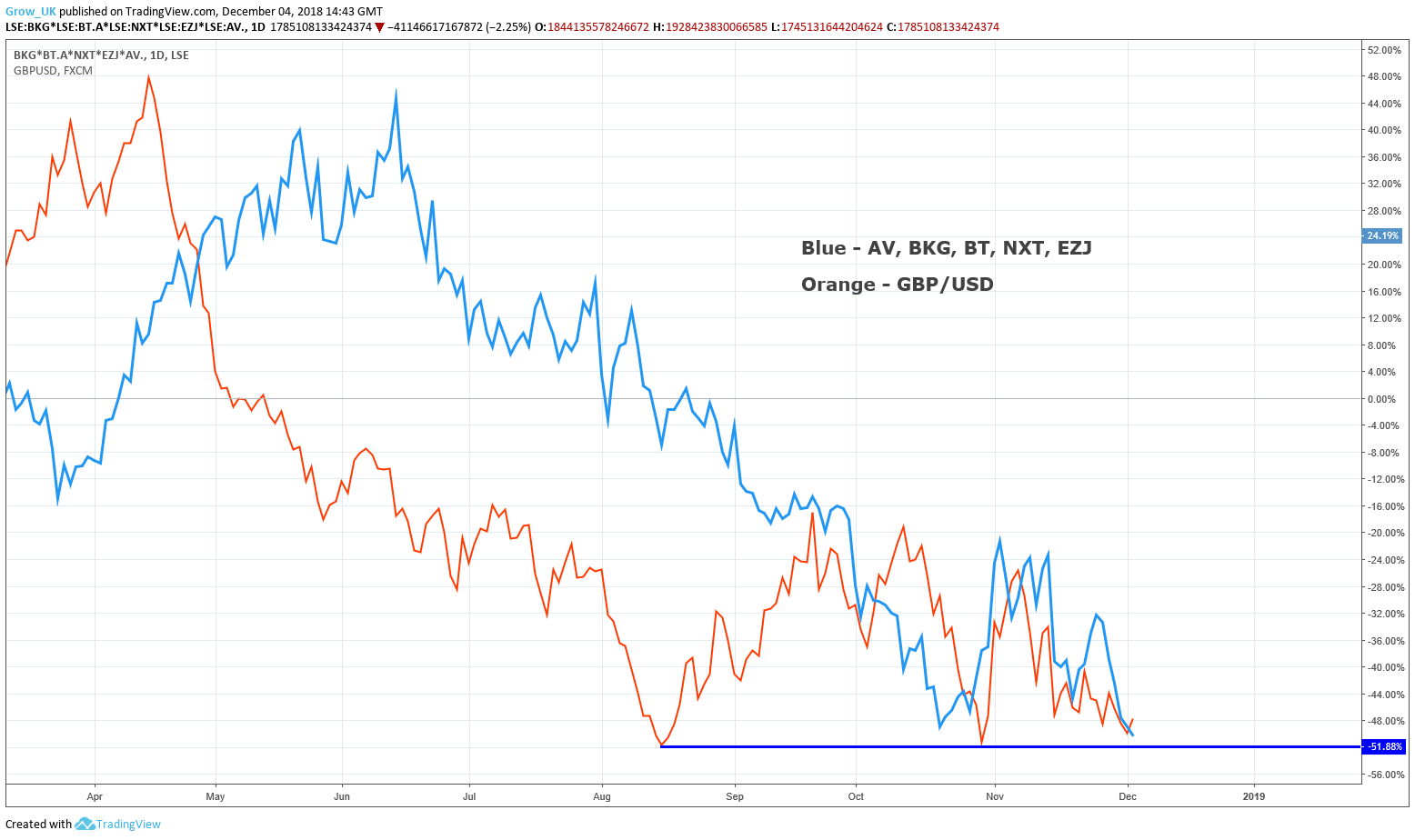 May has proven in the past how thick skinned she is, but surely her position becomes untenable if the deal is not passed?

This triggers a whole new list of possibilities such as a General Election, No-Deal Brexit, Re negotiations or a Second Referendum.

This could lead to Initial turmoil in Sterling and the stock market. Markets hate uncertainty and without any strong leadership in place with regards to Brexit, markets could fall sharply.

Technicals on GBP/USD – The bear case

The weekly chart on GBP/USD could also suggest a more sinister technical setup, which in the event of a negative outcome on the 11th December, could potentially play out. A bearish pennant pattern could complete on a break below 1.2700, which would imply a downside target of 1.1000 over the medium term. Certainly, the break of the wedge/pennant would setup a move back towards the post-Brexit lows at 1.1905 at a minimum. 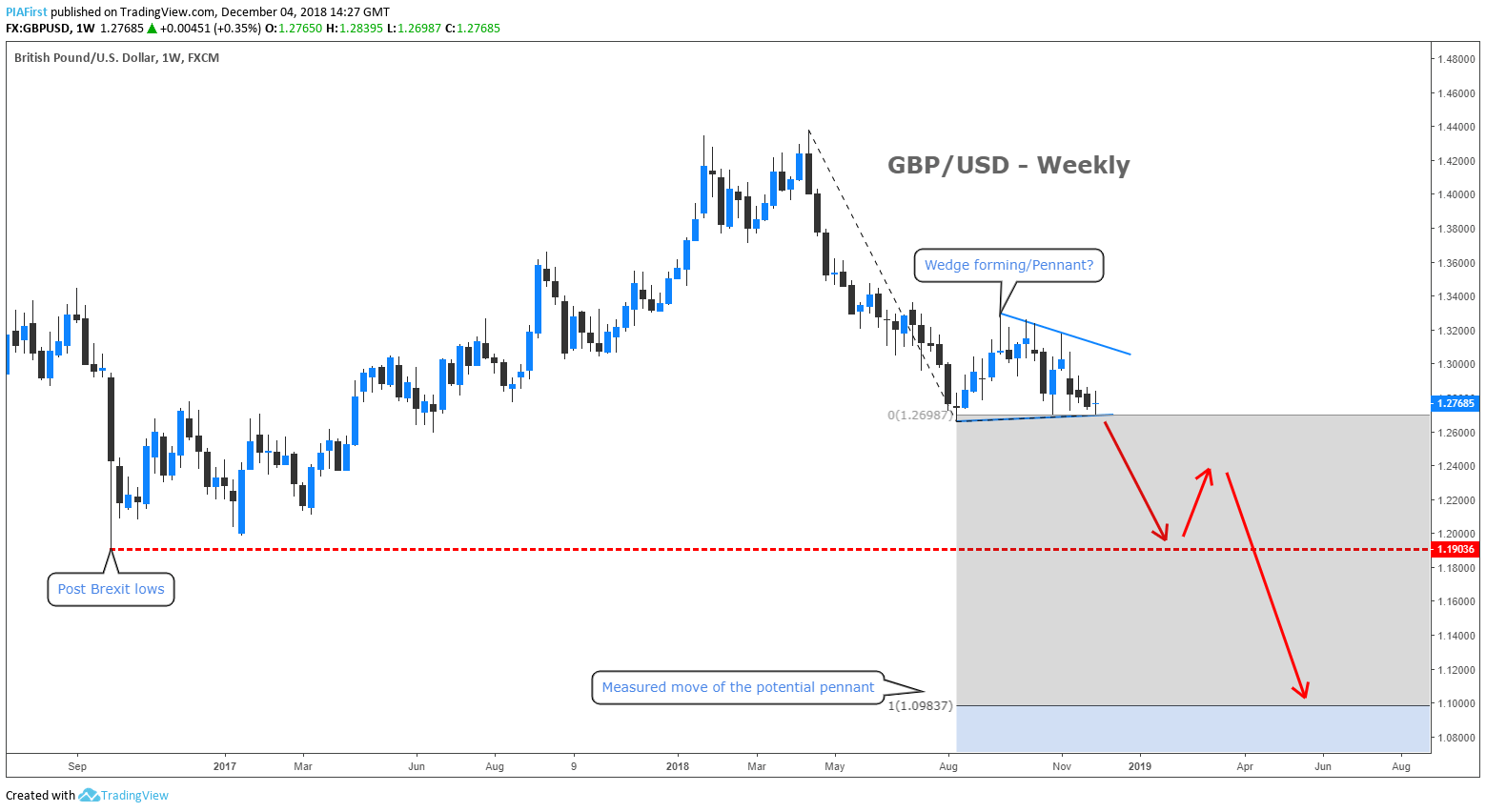 In the event of GBP/USD falling, investors are likely to flock to foreign domiciled stocks to capitalise on the move.

Names that score well in our fundamental model that are overseas based include Anglo American, Ashtead, BP, CRH and Diageo.

The chart below shows the inverse relationship between the basket of stocks (Blue) and GBP/USD (Orange). The correlation has broken down in recent weeks due to the ongoing trade war affecting US stocks and the GBP/USD price stabilising. However, in the event of the deal not being passed and GBP/USD heading south, we fully expect to see the correlation re-establish and for these stocks to head higher.

The specific outcome of next Tuesday, is of course, difficult to predict. These assumptions are only predictions and should not be taken as advice.