Risk appetite held steady on Friday, although with further net uncertainties over the Evergrande situation 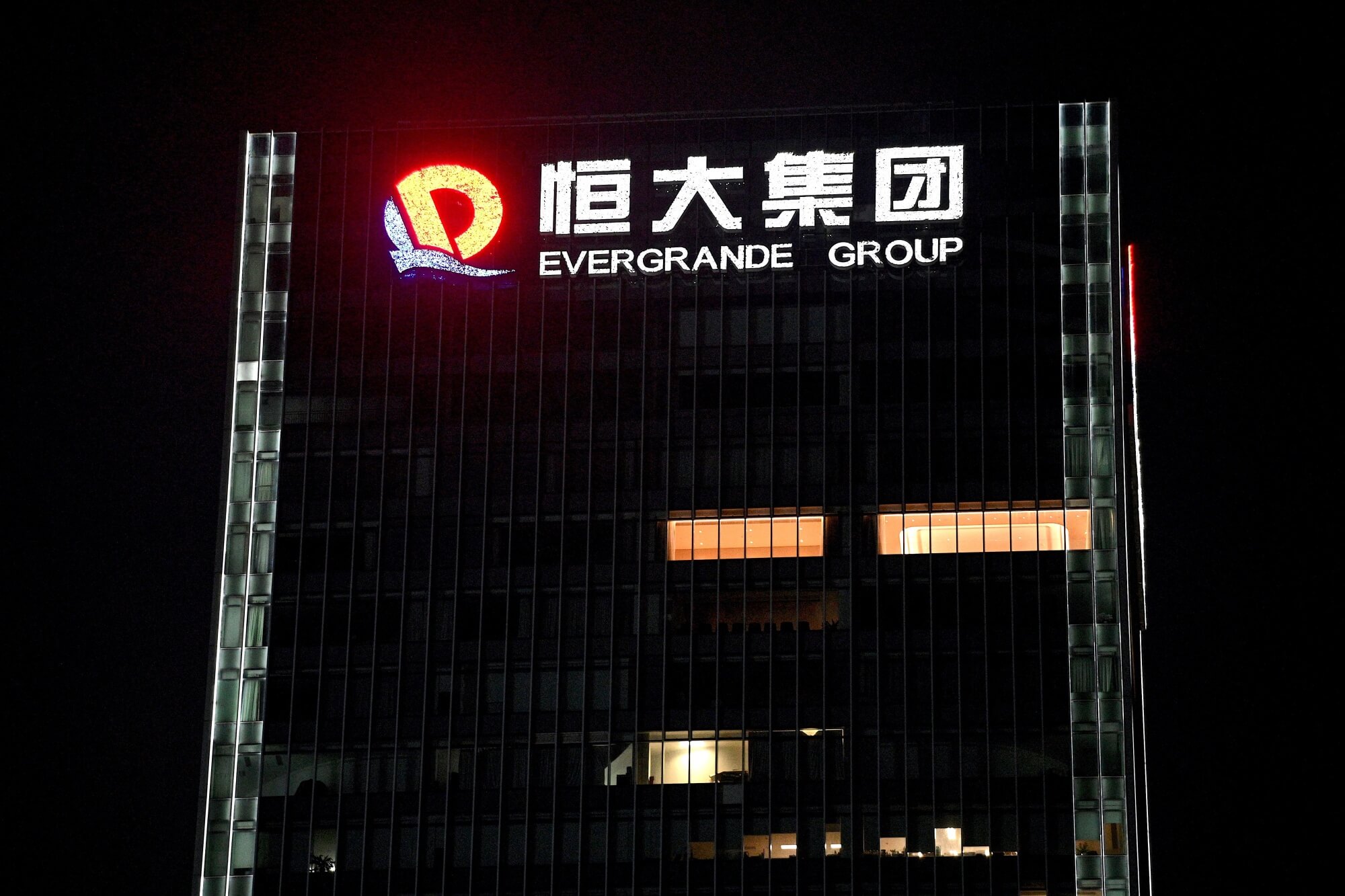 The German IFO business confidence index dipped to 98.8 for September from a revised 99.6 previously and marginally below consensus forecasts. The current conditions component retreated to 100.4 from 101.4 and below market expectations. The expectations index edged lower to 97.3 from 97.8, although this was slightly above forecasts. The IFO stated that industry supply shortages had worsened and there were no signs that disruptions would ease in the short term with the crisis expected to continue until at least the end of 2021. In this environment, there were expectations that there would be further upward pressure on costs and prices.

The dollar overall secured net gains with backing from higher yields while EUR/USD was unable to make any headway and settled around 1.1720 after testing 1.1700.

CFTC data recorded a sharp decline in long Euro positions to just above 12,000 contracts from near 28,000 with a notable net increase in long dollar positions.

Exit polls indicated a very tight context in the German general election with close to equal support for the CDU/CSU and SPD parties. Provisional results indicated that the SPD won with 25.7% while the CDU/CSU had 24.1% and there will need to be extended efforts to form a coalition which could take months.

The Euro edged higher in early Europe on Monday as defensive dollar demand remained slightly lower, but failed to make significant headway and EUR/USD settled around 1.1715.

There were further uncertainties surrounding the Evergrande situation with a report that US investors had not received the scheduled coupon payment.

US bond yields continued to edge higher after the New York open which helped underpin the US dollar. The yen was unable to make any significant headway and USD/JPY secured net gains to 110.70 into the European close as risk conditions held firm.

CFTC data recorded a net decline in short yen positions to just over 56,000 from just over 60,000 the previous week.

There were reports that all states of emergency in Japan will be removed this week which provided an element of yen support, but yield trends undermined the Japanese currency. The main focus was still on the Chinese Evergrande situation with expectations that another scheduled coupon on dollar debt would be missed and enter a 30-day grace period. The Chinese central bank again added liquidity aggressively which helped underpin risk appetite during the Asian session.

The UK CBI retail sales index slowed sharply to 11 for September from 60 the previous month and well below consensus forecasts of 35. Sales were disappointing for the time of the year and stock levels were again reports being too low, but companies are expecting a stronger performance for October.

The data dampened support for the UK currency and there were fresh doubts whether the Bank of England would be able to sustain a hawkish stance over the next few months. Further evidence of supply issues and disruption to the economy from energy shortages also unsettled confidence. GBP/USD dipped back below 1.3700 while EUR/GBP secured a net recovery to 0.8570 amid speculation that the central bank would not be in a position to increase interest rates.

CFTC data recorded a fresh switch in positioning with a small net short position from a long position of close to 5,000 the previous week. The data illustrates a notable lack of confidence within hedge funds on underlying direction surrounding the UK currency. Overall sentiment remained fragile on Monday, but solid global risk conditions curbed potential selling pressure with GBP/USD trading around 1.3670 and EUR/GBP around 0.8575.

The Swiss franc was able to post a limited advance on Friday with the domestic currency underpinned by a slightly more defensive tone surrounding risk appetite. EUR/CHF retreated to near 1.0830 before stabilising while USD/CHF settled just above 0.9250 and unable to make significant headway despite higher yields.

The franc lost ground on Monday with EUR/CHF around 1.0850 and USD/CHF around 0.9270 as risk appetite held firm and higher bond yields limited potential demand for the franc. The latest data on sight deposits will be watched closely on Monday for evidence on National Bank activity to curb franc support.

The Australian dollar gradually lost ground during Friday as the US dollar regained ground. AUD/USD dipped to lows around 0.7240 before stabilising as it gained an element of support on the crosses.

The Canadian dollar weakened sharply into Friday’s New York open with USD/CAD peaking just above 1.2720, but there was a notable reversal later in the day with USD/CAD sliding to just below 1.2650 as the Canadian currency drew support from higher oil prices.

USD/CAD edged lower on Monday to trade around 1.2620 as oil prices continued to post gains.

The Norwegian krone edged lower into the New York open on Friday, but underlying demand remained firm and there was a net recovery into the US close with EUR/NOK retreating to around 10.07 after hitting resistance close to 10.10.

EUR/NOK retreated to near 10.03 on Monday as oil prices posted net gains with USD/NOK around 8.56.

The Swedish krona was unable to make headway on Friday with the dovish Riksbank stance at this week’s policy meeting undermining net support and EUR/SEK settled around 10.14.

Euro-zone equities lost ground on Friday with the weaker than expected German IFO data undermining confidence while there were also concerns surrounding the earnings outlook, especially in the luxury goods sector.

Major UK stocks were unable to make any headway on Friday with markets undermined by concerns over the impact of higher energy costs. There were also reservations surrounding the outlook for consumer spending and the FTSE 100 index declined 0.4%.

Wall Street volatilities eased on Friday with markets taking stock following sharp gyrations during the week. There was still underlying uncertainty over the Evergrande situation with the S&P 500 index posting a limited net gain of 0.15%.

US futures posted gains on Monday which helped underpin risk appetite, although Asian bourses were mixed with Chinese liquidity injections soothing, but not eliminating concerns.

Japan’s Nikkei 225 index closed marginally lower with a 0.55% gain for the Australian ASX index amid support from the commodity sector.

Oil prices maintained a strong tone on Friday with further support from supply disruption amid strong demand for US refiners and expectations that there would be a further decline in US inventories from near 3-year lows.

Baker Hughes data recorded an increase in the number of US drilling rigs to 421 from 411.

There were further significant gains on Monday with WTI peaking at 10-week highs around $75.30 p/b before correcting slightly.

There were sharper gains for Brent with an advance to 35-month highs just above $79.0 p/b.

Precious metals struggled to make headway on Friday with the net increase in US yields significant in curbing net support.

Gold strengthened to around $1,758 per ounce on Monday with silver recovering to $22.60 per ounce.

Cryptocurrencies posted net gains into Friday’s New York open with bitcoin peaking just above $45,000, but there was then a spike in volatility.

Cryptocurrencies were hurt by a fresh announcement from China that it would crackdown on the crypto complex. The top ten regulators stated that there would be a blanket decline on crypto transactions.

Bitcoin dipped to lows below $41,000 on Sunday before a sharp recovery to above $43,000.There was further volatile trading on Monday with bitcoin strengthening to just above $44,000.

Ether also came under heavy pressure with lows below $2,750 before a net rebound to above $3,000 and a further extension to above $3,100 on Monday.