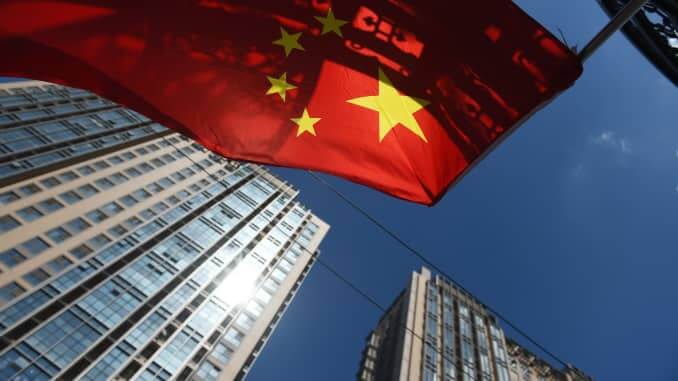 The German Bundesbank commented that inflation was likely to peak between 4-5% by year end and could stay above 2% until at least mid-2022. ECB President Lagarde stated the bank’s baseline scenario is still that inflation stays below 2% over the medium term and that the inflation upswing is largely temporary.

The comments maintained expectations that the ECB would continue to pursue a very accommodative monetary policy, limiting Euro support.

There was further speculation that the process of forming a government could take months while SPD leader Scholz stated that a new government would be formed by Christmas. EUR/USD dipped lower to test support below 1.1700, although narrow ranges prevailed.

Chicago Fed President Evans stated that the threshold for tapering bond purchases is likely to be met soon if the labour market continues to strengthen. He added that a low unemployment rate does not necessitate a change in the policy rate if inflation has not reached unacceptably high levels. He added that with inflation still struggling to hit 2%, the jobless rate might decline to 3.5%. He expects one interest rate increase in 2023 and a gentle incline after that.

The dollar dipped lower following the comments, but selling pressure was limited and EUR/USD continued to test support below 1.1700.

San Francisco Fed President Williams reiterated that tapering may soon be warranted, but the criteria for an increase in interest rates are still a long way off.

Governor Brainard commented that employment was a bit short of the bar for tapering, but might meet it soon while she was vigilant for signs that the current high inflation rates might increase inflation expectations. The main take away from Fed officials was the insistence that an interest rate hike was a long way off which curbed potential dollar support. Commodity currencies posted limited gains on Tuesday, but EUR/USD was held just below 1.1700 on yield grounds.

US durable goods orders increased 1.8% for August from 0.5% previously and above consensus forecasts of 0.7%. Underlying orders declined 0.2% on the month, below market expectations of a 0.5% increase. There was choppy trading in Treasuries around the New York open with the 10-year yield increasing to 1.52% before a dip back below 1.48% and USD/JPY was unable to hold above the 111.00 level.

Markets continued to monitor the US congressional budget negotiations amid an October 1st deadline to avoid a Federal government shutdown.

Equities were held in relatively narrow ranges during the day with the yen unable to gain sustained support as USD/JPY consolidated just below 111.00.

Chinese industrial profits increased 10.1% in the year to August from 16.4% previously and Chinese equities posted net gains, although overall trends in Asia were mixed.  US bond yields edged higher again and USD/JPY strengthened to 12-week highs near 111.30 with EUR/JPY just above 130.00.

Although there were further important concerns over the economic outlook, currency markets also noted that other major economies were facing problems surrounding soaring energy prices. Sterling posted net gains in early Europe on Monday and there was also underlying support on yield grounds which provided a significant element of protection. GBP/USD peaked around 1.3730 before fading while EUR/GBP retreated to just below 0.8530.

Bank of England Governor Bailey stated that the rate of recovery had slowed over recent months and that slowdown is continuing. He was still optimistic that most of the increase in inflation is transitory and estimated that the underlying rate of growth in earnings is around 4%. He did, however, note the importance of inflation expectations and insisted that the bank will keep a very watch on developments. He also commented that interest rates could be increased before the end of the asset-purchase programme which maintained speculation that rates could be increased this year.

Despite the caveats, GBP/USD traded near 1.3700 on Tuesday as underlying expectations that interest rates could increase this year underpinned the UK currency. EUR/GBP was around 0.8530 as global risk appetite held steady.

Swiss sight deposits declined slightly to CHF714.5bn in the latest week from CHF714.7bn the previous week which again suggested that the National Bank had not been intervening significantly in currency markets to weaken the franc which limited the appetite for further selling.

The Swiss currency lost ground in early Europe on Monday with higher global bond yields undermining support. EUR/CHF peaked around 1.0865, but gradually lost ground later in the day to post only marginal gains while USD/CHF was unable to challenge 0.9300 and settled around 0.9280 on Tuesday with EUR/CHF around 1.0840.

The Australian dollar lost ground ahead of Monday’s New York open as a firm US dollar sapped support, but there was solid buying on dips and AUD/USD recovered to trade only fractionally lower around 0.7280.

Final domestic retail sales data was stronger than expected and risk appetite held firm while there was an element of optimism over a re-opening of the economy which underpinned the currency.

There was also an element of short covering with AUD/USD around 0.7300.

The Canadian dollar was underpinned by firm oil prices during Monday. USD/CAD did find support above the 1.2600 level and rebounded to 1.2645 amid slightly less confident risk conditions.

Risk conditions held steady on Tuesday and oil prices strengthened further with USD/CAD retreating to test 1.2600 before settling around 1.2620.

The Norwegian krone was underpinned by strength in oil prices during Monday, but it was unable to sustain gains and drifted lower in choppy trading with strong EUR/NOK support on approach to the 10.00 level.

EUR/NOK traded around 10.06 on Tuesday despite a further net gain in oil prices with USD/NOK close to 8.60.

The Swedish krona lost ground on Monday with further doubts whether the currency could make headway given the expected Riksbank yield structure.

EUR/SEK strengthened to near 10.18 despite solid risk conditions with USD/SEK just above 8.70.

Euro-zone equities were able to post limited net gains on Monday with bourses gaining relief from reduced concerns over a potential left-wing coalition following the German election. There were, however, still significant concerns surrounding the European and China energy situation.

Major UK stocks were hit by multiple factors during Monday with concerns over the risk of higher interest rates and rising costs having a negative impact, but global bourses held firm and the FTSE 100 index gained 0.15%.

Global risk conditions helped underpin Wall Street on Monday, but there were concerns over the impact of higher bond yields and reservations over higher costs with the S&P 500 index declined 0.3%.

Asian stocks were notably mixed on Tuesday with Japan’s Nikkei 225 index declining 0.2% despite a weaker yen while the Australian ASX index declined 1.45% even with support from energy and commodity prices.

Oil prices maintained a strong tone on Monday with further concerns over the risk of net supply shortages as OPEC struggled to lift output.

Global strength in energy prices also helped underpin sentiment with speculation that there would be a switch to using oil as gas prices soar. Sentiment held firm despite the potential negative impact of a slide in Chinese industrial production and reservations over underlying demand conditions.

Precious metals were held in relatively tight ranges on Monday as higher bond yields sapped support. Gold fluctuated near the $1,750 per ounce level amid choppy trading in Treasuries and a firm US dollar while silver was held below $23.0 per ounce.

Cryptocurrencies enjoyed slightly calmer conditions on Monday with only a brief spike in prices after the New York open.

Overall confidence was sapped by regulatory concerns and the further crackdown on crypto trading from China, but overall risk conditions were relatively steady.

Overall, bitcoin hit selling interest above $44,000 and retreated to around $43,200 at the European close.

There was sharp selling at the Asian open with a dip to $42,000 before a technical recovery.

Ether hit selling pressure around $3,150 and retreated to near $3,000 at the European close with further losses to $2,900 on Tuesday before a limited recovery.