Home » Insights » Risk appetite was soothed by Powell’s comments, although caution was still in evidence.

Risk appetite was soothed by Powell’s comments, although caution was still in evidence. 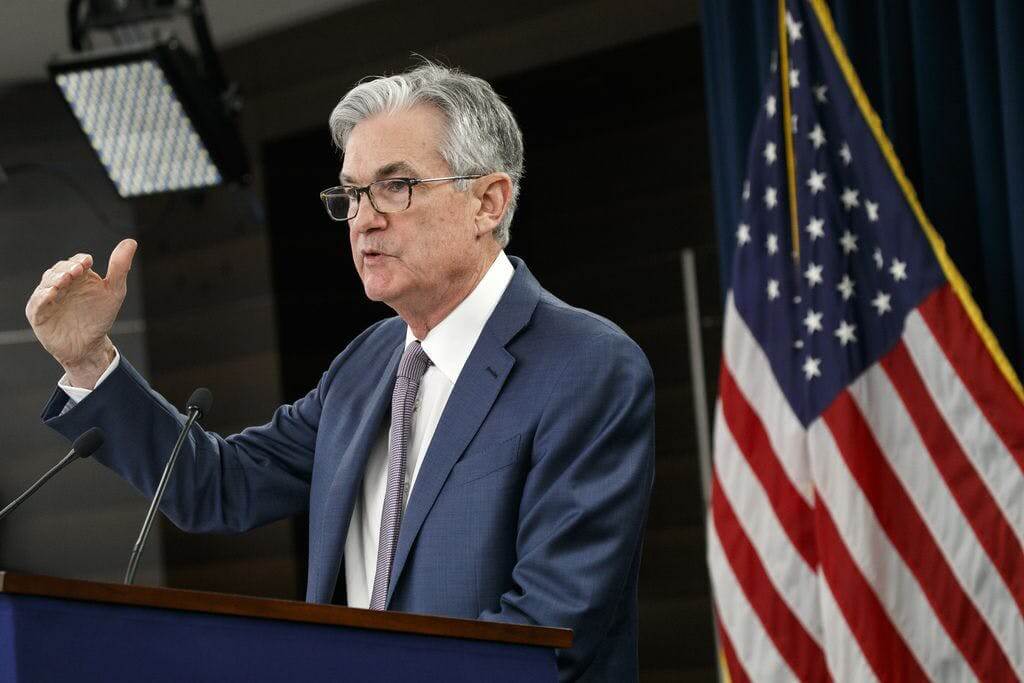 Euro-zone industrial production declined 1.0% for May compared with expectations of a 0.2% fall with a year-on-year increase of 20.5% from 39.4%. Narrow ranges prevailed ahead of the New York open with the Euro unable to make significant headway.

In prepared testimony Fed Chair Powell stated that strong increases in employment are expected to continue in the coming months as the healthcare crisis subsides. He added, however, that monetary policy will continue to provide strong support until the recovery is complete and he reiterated that the job market is still lagging behind the pace required to begin a tapering of bond purchases. There will be a further debate over policy in the next few weeks.

According to Powell, inflation is expected to remain elevated in the coming months before dropping, although he did admit that there was a high degree of uncertainty over developments. He also insisted that the central bank would provide advance notice before announcing a decision to make changes to Fed policy.

The overall tone of the statement was relatively dovish with Powell offering reassurance that there would be no early move to tighten policy and the US dollar lost ground with EUR/USD advancing to the 1.1830 area. The US currency resisted further selling on Thursday with EUR/USD held around 1.1830.

US Treasuries gradually posted gains after the New York open with no major alarms from the latest inflation data while Powell’s comments were generally dovish. The 10-year yield retreated to near 1.36% which eroded dollar support and USD/JPY retreated to test the 110.00 area.

Equity markets held a firm tone, although overall moves were limited as markets continued to monitor inflation developments. The Federal Reserve Beige Book reported that demand was generally strong, although there were further uncertainties over supply constraints while the labour market remained tight. Pricing pressures remained broad based and a majority of respondents expected that there would be further upward pressure on prices in coming months.

The latest annual Chinese GDP data was slightly lower than expected at 7.9% for the second quarter while industrial production and retail sales data was above market expectations. The yen was resilient on the crosses and USD/JPY retreated to the 109.80 area with EUR/JPY testing 130.00.

Sterling continued to make headway in early Europe on Wednesday as the higher than expected inflation data continued to trigger expectations of a tighter Bank of England policy within the next few months. Bank Deputy Governor Cunliffe stated that it is more difficult to assess the inflation outlook given the unprecedented situation. He added that the bank will reassess the outlook in August. The UK currency secured net gains, but it was unable to break significant resistance levels with GBP/USD selling interest on approach to 1.3900 while EUR/GBP found support close to 0.8500.

The UK currency gradually retreated after the New York open with coronavirus reservations also having some impact in curbing support, especially with US equities unable to make headway. GBP/USD retreated to around 1.3850 while EUR/GBP corrected to 0.8535.

Bank of England Deputy Governor Ramsden stated that he can see the potential for monetary policy tightening earlier than he expected previously with greater weight on the inflationary scenario rather than deflationary one. Governor Bailey stated that the bank will not be rushing into raising rates despite rising inflation with the bank needing to assess all the evidence on whether the increase is transitory.

Bailey’s comments hampered Sterling as GBP/USD drifted around 1.3850 while EUR/GBP strengthened to just above 0.8550. Jobs data was mixed with a lower than expected employment increase, but stronger average earnings growth nudged the UK currency higher.

The Swiss franc was unable to make further gains on Wednesday and edged lower with some suspicion that the National Bank was helping to nudge the currency weaker. The currency was, however, resilient with a reluctance to engage in selling given uncertainty over inflation trends.

EUR/CHF advanced to the 1.0850 area before retreating to 1.0825 while USD/CHF again hit resistance close to 0.9200 and retreated to near 0.9150 as the US currency lost wider traction. The franc maintained a firm tone on Thursday as markets monitored inflation and central bank policies with USD/CHF held below 0.9150.

The Australian dollar recovered ground on Wednesday following Fed Chair Powell’s comments with AUD/USD strengthening to around 0.7485 before stalling.

Australian unemployment declined to 4.9% from 5.1% while employment increased 29,000 for June. The Australian dollar was unable to sustain an initial advance and AUD/USD drifted lower before settling around 0.7485.

The Bank of Canada held interest rates at 0.25% and cut the rate of bond purchases to $2.0bn per month. The bank was slightly more cautious over the near-term outlook while maintaining its guidance that interest rates were likely to increase in the second half of 2022.

The guidance was slightly less hawkish than expected which undercut the Canadian dollar and USD/CAD moved above 1.2500.

Canadian rally attempts failed and USD/CAD advanced to 1.2520 on Thursday as oil prices remained on the defensive.

The Norwegian krone initially posted gains on the back of firm oil prices, but struggled to maintain the advantage with EUR/NOK consolidating around 10.34 after finding support near 10.30 with USD/NOK around 8.73.

The June headline Swedish inflation rate declined to 1.3% from 2.0% previously and in line with consensus forecasts while the underlying rate retreated to 1.6% from 2.1% and marginally above expectations.

The data maintained expectations of a dovish Riksbank policy and EUR/SEK strengthened to near 10.22 before settling around 10.20 with USD/SEK around 8.62.

Euro-zone equities lost ground in early trading on Wednesday with reservations over the potential for global tightening on inflation concerns. Powell’s commentary offered some reassurance and bourses pared losses.

Major UK stocks were unsettled by concerns that higher than expected inflation would lead to an earlier than expected rate hike. Powell comments offered some reassurance, but the FTSE 100 index closed 0.45% lower.

Asian markets were mixed with Chinese data offering some relief.

Crude rallied from initial lows, but there was heavy selling later in the US session with concerns over weaker than expected Chinese import demand.

Sentiment was also hurt by reports that Iraq wanted to increase quotas and WTI slid below the $73.0 p/b level.

Crude remained on the defensive on Thursday with WTI retreating to near $72.50 p/b with Brent around $74.25 p/b.

Gold strengthened to around $1,825 per ounce while silver posted net gains to $26.20 per ounce in choppy trading.

Cryptocurrencies secured significant gains in Europe on Wednesday with bitcoin recovering from lows below $32,000 amid wider support for coins.

Bitcoin briefly touched $33,000 in New York as the dollar lost ground, but there was selling interest close to this level.

Ether also recovered from lows below $1,900 but there was selling interest above $2,000. Ether consolidated around $1,965 on Thursday with further selling above $2,000.