Welcome to episode 23 of ‘Talking Bull’.

Joe made 0.35R on Bitcoin, Ian lost 0.23R on USDJPY and Steve was stopped on Nasdaq.

Up 6.06% collectively since we began recording Talking Bull.

Narrow ranges prevailed on Thursday with no major incentives while the US Thanksgiving holiday dampened activity.

Risk appetite was slightly more cautious given unease over Hong Kong political developments and an absence of positive trade rhetoric.

There were also some expectations that the central bank could adjust its inflation target at the current review. In particular, there was speculation that the bank would shift to a simple 2% target which would tend to remove pressure for any monetary tightening as soon as inflation move above 1.5%. On balance, this would probably mean a looser monetary policy over the medium term. Trading activity was inevitably very light given the US market holiday with EUR/USD settling just above 1.1000.

In European trading on Thursday there were further market reservations over President Trump’s decision to sign the Hong Kong Civil Rights Bill. In particular, concerns that the US-China trade deal could be in jeopardy was a significant element.

These fears eased slightly during the session with comments from Chinese sources suggesting that action against individual US legislators was a potential response. Dollar losses were limited and USD/JPY pushed back above 109.50 as US yields edged higher. With no lead from Wall Street the dollar was static later in the day as uncertainty prevailed.

Sterling held a firm tone in early Europe on Thursday with positive sentiment following Wednesday’s YouGov poll suggesting a comfortable Conservative majority was the most likely outcome. There was, however, GBP/USD resistance on approach to 1.2950 while EUR/GBP found support close to 0.8500 with a correction to 0.8525 during the London session. There was wariness of anticipating a Conservative victory given potential shifts in voting and reservations over the longer-term outlook. 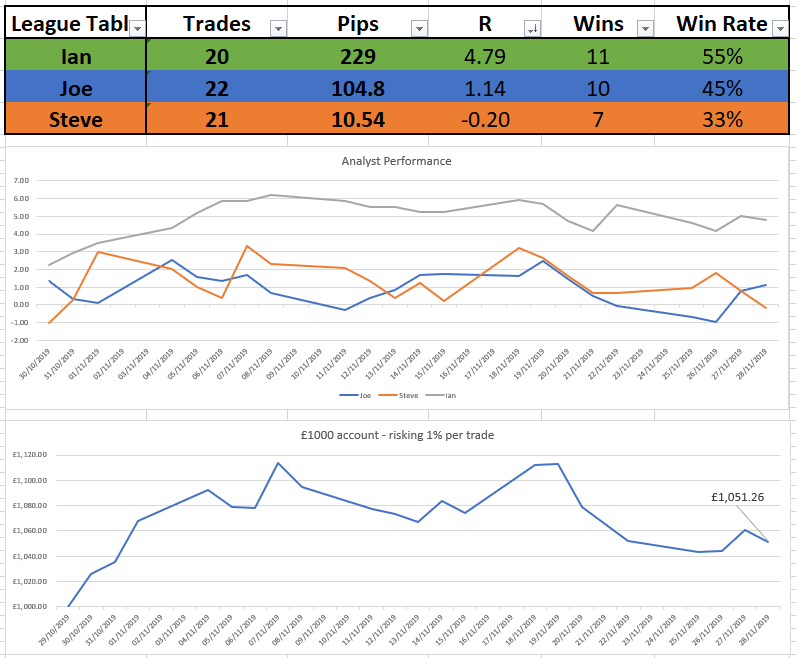