Good morning and welcome to episode 42 of ‘Talking Bull’.

Ian made 1.39R on USDCHF to continue his impressive winning streak having made gains in 8 out of his last 9 predictions. Joe made 0.4R on FTSE while Steve was stopped on EURSEK.

We are currently up 40.43% collectively since we began recording Talking Bull on the 30th October 2019.

Reports that the US would drop labelling China as a currency manipulator further supported risk appetite as trade optimism continued.

The Chinese yuan continued to make headway ahead of the New York open with fresh 5-month highs against the dollar which helped underpin global risk appetite as markets focussed on US-China trade developments. According to sources, the latest US currency report is set to be released prior to the phase-one trade deal between the US and China. Sources also indicated that China would no longer be cited as a currency manipulator in the latest US Treasury report. Confirmation that the tag would be removed triggered a further boost to risk appetite.

There were also reports that China would increase purchases of US manufacturing goods under the phase-one deal with total purchases of $200bn. Asian equities hit record highs before a correction and USD/JPY pushed to fresh 7-month highs.

Sterling was undermined by a weaker than expected GDP release and dismal industrial production data with GBP/USD dipping below 1.3000.

Industrial production was notably weak for November with a 1.2% decline to give an annual contraction of 1.6%. Manufacturing output declined 2.0% over the year and was a significant drag on the overall GDP data. Construction output was above consensus forecasts and there was a sharp narrowing of the monthly trade deficit to £5.3bn from £10.9bn the previous month with distortions from gold trade. The GDP data reinforced speculation over a Bank of England rate cut with futures markets pricing in a 50% chance of a cut at the January meeting with a cut fully priced in by September.

Gold drifted to the $1,550 per ounce area with silver testing support below $18.00. Trade optimism continued to sap support on Tuesday with gold trading at 10-day lows. 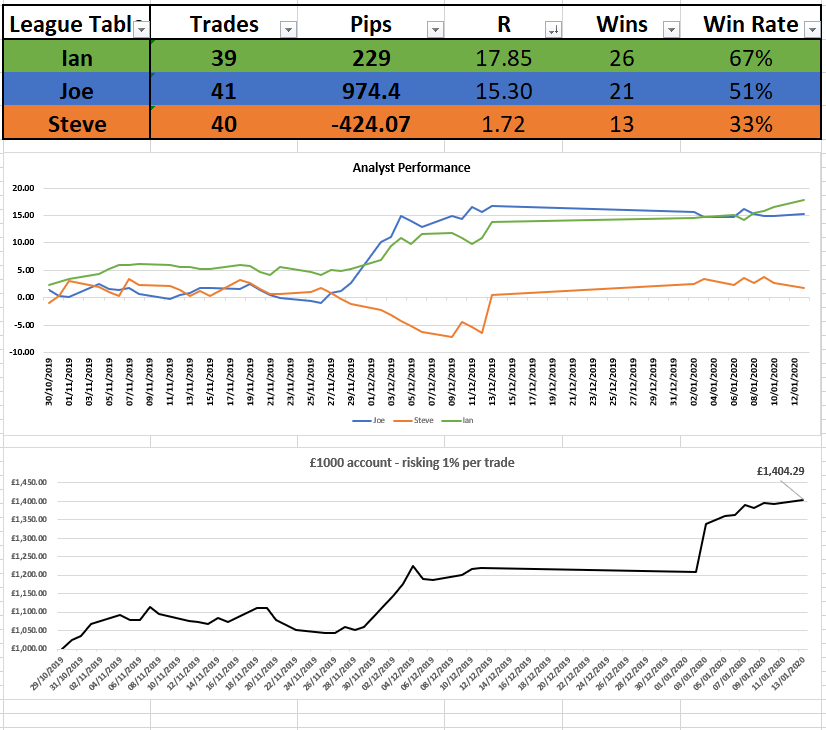