Home » Insights » The dollar retreated from 3-month highs as immediate defensive demand for the US currency faded.

The dollar retreated from 3-month highs as immediate defensive demand for the US currency faded. 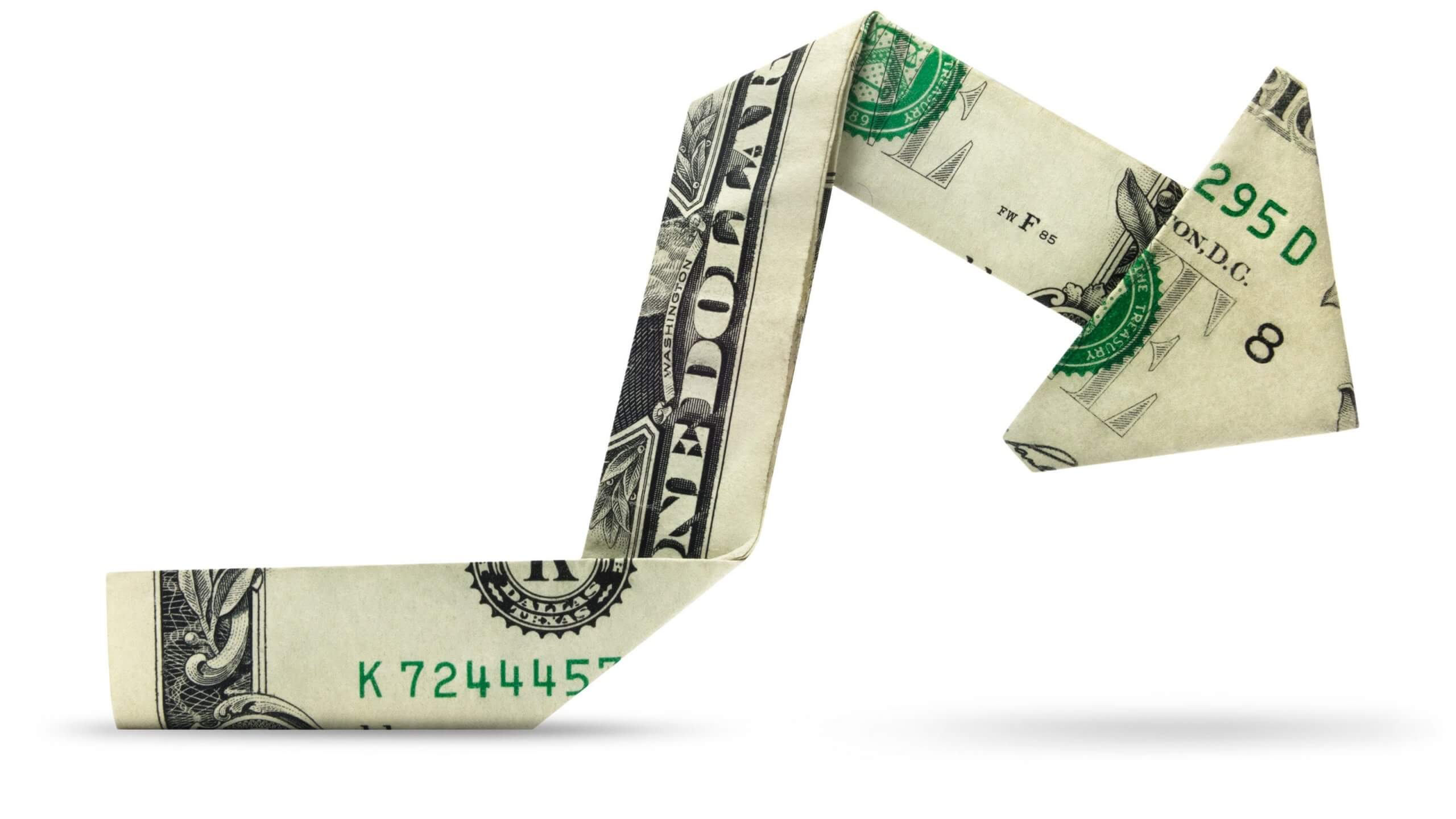 Narrow ranges prevailed ahead of Wednesday’s New York open as markets continued to monitor risk conditions. EUR/USD found support on approach to 1.1750, but was unable to secure more than a limited recovery as gains quickly attracted selling interest.

There were no major data releases during the day which dampened activity to some extent as risk sentiment remained the dominant influence.

Risk conditions gradually strengthened during the day with a further recovery in global equity markets. In this context, there was a gradual weakening of defensive dollar support. After a fragile tone early in the session, there was a strong rebound in commodity currencies which also helped drag the US currency weaker.

In this environment, EUR/USD was able to challenge the 1.1800 level at the European close as equities strengthened.

There was little further change later in the US session with the pair consolidating just below 1.1800 after failing to break above this level.

The ECB will announce its latest policy decision on Thursday with a press conference from President Lagarde. There are no expectations of any change in interest rates. The commentary will, however, be watched very closely, especially with the central bank announcing its revised inflation target earlier this month. Market expectations are for generally dovish rhetoric with forward guidance and any announcements on the bond-buying programme important for Euro sentiment.

Tight ranges prevailed on Thursday ahead of the ECB announcement with EUR/USD just below 1.1800 as immediate defensive dollar demand remained lower.

US Treasuries continued to lose ground after Wednesday’s New York open with a further recovery in yields as the 10-year yield moved towards 1.30% which underpinned the dollar. Equities also continued to recover which curbed potential yen demand during the day. USD/JPY was able to move back above the 110.00 level and posted highs near 110.40 before fading. EUR/JPY also strengthened to the 130.0 level.

The Federal Reserve remained in a blackout period ahead of next week’s policy meeting which dampened activity to some extent.

There was a setback in the US infrastructure Bill with the Senate voting against stating a formal debate, although there were still expectations that there would be progress within the next few days. Markets also continued to debate long-term inflation trends.

Overall risk appetite held firm on Thursday with Asian equity markets making headway. In this environment, there was a decline in defensive yen demand with USD/JPY consolidating above the 110.00 level. EUR/JPY traded close to 130.00, but there was selling interest above this level.

GBP/USD found support below 1.3600 in early Europe, but was unable to secure more than a very limited recovery as underlying sentiment remained notably cautious. There were further reservations surrounding the increase in Delta variant cases in the UK and the potential impact of self-isolation in curbing business activity which could undermine the wider recovery. The UK currency was initially again unable to gain more than limited support from firmer risk conditions and a further net recovery in UK equities, especially with reduced expectations of a more hawkish Bank of England policy.

There were fresh concerns surrounding UK-EU trade tensions as the UK government called for changes to be made to the Northern Ireland protocol and relax schedule customs checks on goods which are due to some into effect from September. The EU indicated that it would reject the UK proposals.

There was some relief that the UK government decided not to invoke article 16 at this stage. Risk appetite also continued to recover which helped underpin the UK currency. There was a GBP/USD recovery to near 1.3700 while EUR/GBP retreated to below 0.8620. The UK currency held steady on Thursday as risk appetite remained on a sounder footing with GBP/USD trading above 1.3700 and EUR/GBP close to 0.8600.

The Swiss franc edged lower in early Europe on Wednesday as equities secured further gains. The currency was, however, broadly resilient during the day and there was notable out-performance compared with the Japanese yen.

EUR/CHF edged lower to 1.0830 while USD/CHF dipped back below the 0.9200 level. The franc maintained a firm tone on Thursday with the low level of real interest rates in other major currencies continuing to limit potential selling pressure on the Swiss currency and USD/CHF traded around 0.9175.

The Australian dollar remained under pressure in early Europe on Wednesday with AUD/USD continuing to test support around 0.7300.

There was a gradual recovery during the day as risk appetite continued to recover and the US dollar lost ground.

In this environment, AUD/USD strengthened to near 0.7360 at the European close.

Preliminary trade data registered a record surplus for June, but the Australian currency was unable to make further headway with AUD/USD consolidating around 0.7360.

After heavy losses early in the week, the Canadian dollar recovered strongly on Wednesday. The weaker US dollar, gains in equities and a rebound in oil prices contributed to strong demand for the currency with USD/CAD dipping sharply to below 1.2550.

After the steep recovery, the Canadian currency retreated on Thursday with USD/CAD around 1.2580 as markets monitored risk conditions closely.

The Norwegian krone staged a significant recovery on Wednesday as a recovery in oil prices and wider improvement in risk appetite underpinned sentiment.

EUR/NOK retreated to just below 10.50 and held just below this level on Thursday with USD/NOK just below 8.90 as industrial confidence strengthened for the second quarter.

EUR/SEK consolidated around 10.25 on Thursday with USD/SEK around 8.69.

After a hesitant start, Euro-zone equities were able to make significant headway during Wednesday. Wall Street equites continued to advance and a set of confident reports from key companies also helped underpin confidence.

Major UK stocks also posted strong gains during Wednesday with a wider recovery in risk appetite while markets concluded that there had been an over-reaction earlier in the week. Despite a recovery in Sterling, the FTSE 100 index gained 1.7%.

Sentiment surrounding Wall Street remained stronger on Wednesday with the latest round of earnings reports generally stronger than expected. Despite reservations over the Delta variant, the S&P 500 index gained 0.8% and close to record highs.

US market gains continued to undermine sentiment in Asia.

Japan’s Nikkei 225 index was closed for a holiday with a 1.05% gain for the Australian ASX index

EIA data recorded an increase in crude oil inventories of 2.1mn barrels in the latest week compared with expectations of a sizeable draw and gasoline stocks only declined marginally on the week.

Wider risk considerations dominated with WTI posted sharp gains to above $70.0 p/b at the European close.

Gold was unable to make headway on Wednesday with the boost from a weaker US dollar offset by higher bond yields while markets continued to monitor long-term inflation trends.

There was a dip to just below the $1,800 per ounce level and gold was held close to this level on Thursday with silver around $25.10 per ounce.

After the surge late in Asian trading on Wednesday, cryptocurrencies maintained a stronger tone during the day.

There was renewed support from a strengthening in risk appetite with a weaker dollar and gains in equities also providing net support.

Bitcoin posted strong gains to near $32,000 at the European close with another round of supportive comments from Tesla’s Elon Musk also helping to attract fresh support.

Ether continued to recover during Wednesday with a push towards key resistance near $2,000, but there was selling interest close to this level.