The Fed statement was relatively dovish 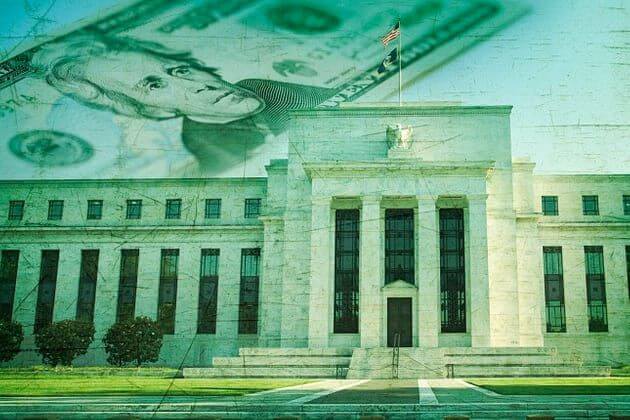 US April ADP data recorded a strong increase in private-sector payrolls of 275,000 from a revised 151,000 previously. ADP stated that technical factors were likely to have distorted the data and that the US job market is slowing.

In contrast, the ISM manufacturing index declined to 52.8 for April from 55.3, below consensus forecasts of 55.0 and the lowest reading since November 2016. Most components were also weak with new orders dipping sharply to 51.7 from 57.4 while export orders declined for the first time since February 2016. Employment growth also slowed sharply while the prices paid index declined to 50.0 from 54.3 previously. The weaker ISM data triggered fresh dollar losses with EUR/USD advancing to near 1.1250.

The Federal Reserve maintained interest rates at 2.50% following the latest policy meeting, in line with consensus forecasts and with a unanimous vote. According to the statement, the labour market remained strong and activity rose at a solid rate. Underlying inflation had declined and was running below 2.0%. The Fed cut the interest rate on excess reserves slightly to help keep the Fed Funds rate down and the dollar moved lower following the release with EUR/USD highs above 1.1260.

In his press conference, Chair Powell expressed confidence that the decline in core inflation would be transitory and stated that overseas growth concerns had moderated slightly while the reserves move was technical. Overall, Powell did not see a case for increasing or cutting rates. More hawkish elements and the downplaying of the potential for a rate cut offset a dovish statement and the dollar recovered sharply with EUR/USD dipping below 1.1200 and trading around this level on Thursday.

Tight ranges prevailed ahead of the New York open with many European markets closed for holidays. US Treasuries strengthened after the US ISM data, especially with construction spending also registering a decline, with the benchmark 10-year yield dipping to below 2.48%. Although equities were resilient the dollar lost ground with a USD/JPY retreat to around 111.15.

US yields dipped further on the Fed statement and USD/JPY dipped to lows near 111.00. There was a sharp reversal following Powell’s press conference with the 10-year yield back above 2.50% and reduced speculation over a rate cut.

There were also optimistic comments over US-China trade talks with reports that a deal could be concluded by the end of next week and that tariffs could be cut. USD/JPY rallied above 111.50, although weaker equity markets curbed wider yen losses. Activity was again subdued in Asia on Thursday as market closures continued with the dollar just above 111.50.

Sterling pushed higher in early Europe on Wednesday with positive Brexit rhetoric underpinning sentiment. The UK PMI manufacturing index declined to 53.1 for April from 55.1 and in line with consensus forecasts. New orders growth slowed with notable weakness in export orders while the rate of stock-building slowed as Brexit uncertainty remained important. Business optimism strengthened to a 7-month high and consumer borrowing beat expectations with Sterling resilient after the data.

A Labour Party spokesman stated that there had been clear evidence of the government being willing to explore shifts in its Brexit position, but obvious opposition to some of the changes necessary to secure agreement. There were also reports that Prime Minister May was preparing to keep the UK aligned with EU customs rules.

Sterling maintained a firm tone and GBP/USD pushed to highs of 1.3100 following the Fed statement. A dollar reversal pushed the pair lower, but Sterling was resilient and EUR/GBP remained on the defensive with lows around 0.8580 ahead of Thursday’s Bank of England statement and inflation report.

The Swiss franc was able to resist further losses during Wednesday even though Euro-zone yields edged higher on the day. Trading volumes were low given that many European markets were closed for holidays which contributed to choppy trading.

EUR/CHF retreated to below 1.1400 against the Swiss currency while USD/CHF dipped to lows near 1.0125. A wider recovery pushed USD/CHF back to the 1.0175 area in choppy trading while volatility eased on Thursday as a more cautious tone in equity markets curbed the potential for fresh selling.

The Australian dollar was unable to make any significant headway ahead of the Federal Reserve statement and after initial gains there was a sharp reversal with AUD/USD dipping to near 0.7000 as the US dollar rallied.

The Canadian dollar was hampered by a dip in oil prices while domestic data was also a negative factor as the PMI index declined to 49.7 for April from 50.5 and the first negative reading for over three years.

Bank of Canada Poloz stated that interest rates were at very low levels and would increase if current headwinds facing the economy dissipate. The comments helped stabilise the currency with USD/CAD around 1.3435.

The Norwegian krone was unable to make headway during Wednesday, especially after the dip in oil prices and EUR/NOK advanced to highs around 9.72 before correcting slightly while traded just above 8.65.

The Swedish krona also lost ground with EUR/SEK strengthening to 9-month highs above 9.69 as the lack of yield continued to sap support with USD/SEK above 9.50. The Swedish PMI manufacturing index declined to 50.9 from 52.8 previously.

Euro-zone equity markets were closed on Wednesday for the Labour Day holiday.

Major UK equities were again undermined by the firm Sterling tone with a dip in oil prices also contributing to the negative mood as the FTSE 100 index declined 0.4%.

US stocks briefly reacted positively to the Fed statement before moving lower after Powell downplayed the potential for an interest rate cut, especially after he expressed concerns over corporate leverage. The S&P 500 index declined 0.75% on the day.

Activity in Asia on Thursday was again undermined by market holidays. With Japan and Chinese bourses closed for the day.

EIA data recorded a much larger than expected inventory build of 9.9mn in the latest week compared with consensus forecasts of around 1.5mn. Gasoline stocks also increased and production increased with crude oil declining sharply after the release with WTI declining below $63.00 p/b.

Prices recovered after the relatively dovish Fed statement and WTI managed to hold around $63.50 p/b before drifting slightly lower on Thursday while Brent traded just below $72.0 p/b.

Gold remained under pressure on Thursday as hopes for US-China trade progress curbed potential defensive demand with a dip below $1,275 per ounce. Silver also declined sharply with a retreat to fresh 2019 lows around $14.70 per ounce.

Bitcoin did briefly move higher following the Federal Reserve policy decision, but there was selling interest above $5350 and it retreated towards $5300.

Ether was unable to hold above $170 and drifted just below this level on Thursday.