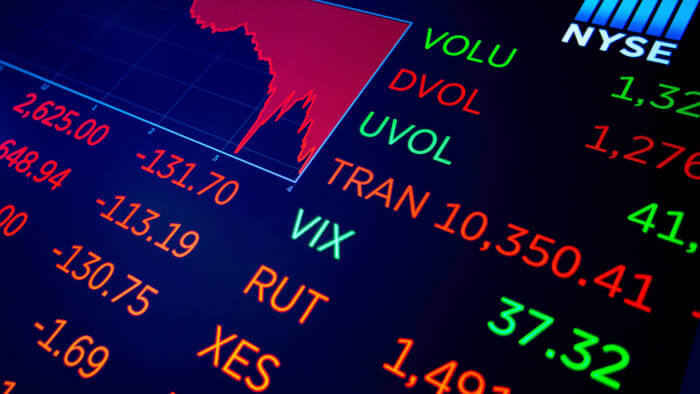 The Euro was hampered to some extent by a further increase in French coronavirus cases. In comments on Thursday, ECB President Lagarde stated that the central bank has no need to act as fast as the Federal Reserve on monetary policy, although she also noted that the bank stood ready to respond if necessary.

There was evidence of divisions within the ECB minutes as a number of policymakers argued that inflation was at risk of over-shooting expectations. There were also comments that a higher for longer inflation scenario cannot be ruled out and the bank must be prepared to adjust policy in either direction.

The Philadelphia Fed manufacturing index strengthened to 23.2 for January from 15.4 previously and above consensus forecasts of 20.0.  There were slightly stronger readings for shipments and new orders while employment continued to increase, although the rate of growth slowed. The prices paid index strengthened further on the month while there was a slight easing of upward pressure on prices received. Companies overall were more confident over the outlook with pricing pressures expected to remain very strong. The Philly Fed data offered reassurance over the outlook, but there were some reservations over the labour market after the claims data.

There was indecisive trading in early New York, but the dollar gradually recovered ground and posted stronger gains as risk appetite deteriorated with EUR/USD dipping to near 1.1300.

Markets will monitor US-Russia talks over Ukraine on Friday with risk conditions having an important impact and EUR/USD around 1.1325 with an element of carry-trade liquidation limiting selling pressure.

US Treasuries secured limited gains after the US jobless claims data with yields edging lower which limited potential dollar support.

Existing home sales declined to an annual rate of 6.18mn from 6.44mn previously. Lower US yields sapped near-term dollar backing and the yen was notably resilient despite a sharp rebound in equity markets.  In this environment, the dollar dipped to lows at 114.00 towards the European close.

Wall Street equities dipped sharply late in the session, although USD/JPY was able to hold above the 114.00 level.

Latest data from the ONS suggested there had been a sharp dip in business activity in December, but there was evidence of a tentative rebound in the third week of January. There was also optimism that an easing of coronavirus restrictions would help underpin activity over the next few months.

Sterling held a firm tone in early Europe with further support from market expectations of a February rate hike, although around 35% of analysts are not expecting an increase. The UK currency also gained traction from a stronger tone surrounding risk appetite, although the FTSE 100 index lost ground during the day.

There were no substantive political developments during the day, although the overall atmosphere in Westminster remained extremely tense

UK consumer confidence dipped to -19 for January from -15 previously. Retail sales slumped for December with a 3.7% monthly decline compared with expectations of 0.6% with a 0.9% annual decline from 4.7% previously. There was a muted reaction as risk conditions dominated with GBP/USD just below 1.3600.

The Swiss franc was resilient on Thursday despite firmer risk conditions with support from a dip in US bond yields. EUR/CHF was held below 1.0400 and edged lower on the day while USD/CHF retreated to just below 0.9150. Markets remained wary over potential National Bank intervention, although there was also speculation that the bank would tolerate gradual franc gains given differentials in inflation rates. Markets were also monitoring Ukraine developments.

The Swiss franc maintained a firm tone on Friday as risk appetite remained fragile with USD/CHF held close to 0.9150.

AUD/USD peaked around 0.7275 before fading slightly as the US dollar recovered ground. As equity markets moved sharply lower, there was a further retreat to 0.7225.

Risk appetite remained vulnerable on Friday with AUD/USD sliding to near 0.7180 before a slight recovery to near 0.7200.

The strength of oil prices and expectations of a near-term Bank of Canada interest rate increase continued to underpin the Canadian dollar.

Overall, USD/CAD retreated to near 1.2450 before finding support. As risk appetite dipped, there was a more substantial recovery to 1.2500.

The pair traded around 1.2520 on Friday as risk appetite remained more vulnerable.

The Norges Bank held interest rates at 0.50% and, despite an element of uncertainty over Omicron developments, it still expects that there will be a further rate hike at the March meeting.

The Norwegian krone dipped lower following the statement, but recovered ground to post a slight net advance as high oil prices continued to provide support with EUR/NOK retreating to 9.93 before a rebound to 10.00 as risk conditions deteriorated.

The Swedish krona recovered from intra-day lows, but was unable to secure any traction with EUR/SEK surging to highs above 10.40 as equities declined sharply.

European equities struggled to make headway in early trading on Thursday, but gradually recovered ground and posted net gains into the close amid a rebound on Wall Street and hopes that the European Omicron wave was peaking.

Major UK stocks were in negative territory for Thursday with pressure for a correction in the resources sector. The FTSE 100 index recovered from intra-day lows, but posted a net decline of 0.1%.

Wall Street equities posted gains for most of the session, but there was a sharp decline in late trading. Underlying sentiment remained more fragile and a fresh round of losses in the tech sector helped trigger sharp selling late in the session with a 1.1% decline for the S&P 500 index.

There was further choppy trading in crude oil during Thursday with underlying sentiment still supported by expectations of short-term supply shortfalls and stronger demand later this year.

In this environment, there was strong demand on dips.

EIA data recorded an inventory build of 0.5mn barrels compared with expectations of a small draw and there was another strong build in gasoline stocks.

WTI found support below $85.0 p/b and strengthened to highs above $86.50 p/b before sliding again as equities retreated.

Cryptocurrencies were able to resist selling pressure ahead of Thursday’s New York open and then posted a strong advance with support from a powerful rebound in US equities.

Overall risk appetite improved and bitcoin strengthened to above $43,000 at the European close.

Coins were able to make headway despite a proposed ban on the use and mining of cryptocurrencies by the Russian central bank.

Confidence, however, dipped sharply later in the US session as equities came under sustained pressure. In this environment, bitcoin posted sharp losses to below $38,500.

Ether also posted a strong advance to just above $3,250 at the European close before sharp losses to lows near $2,800 in Asia on Friday.