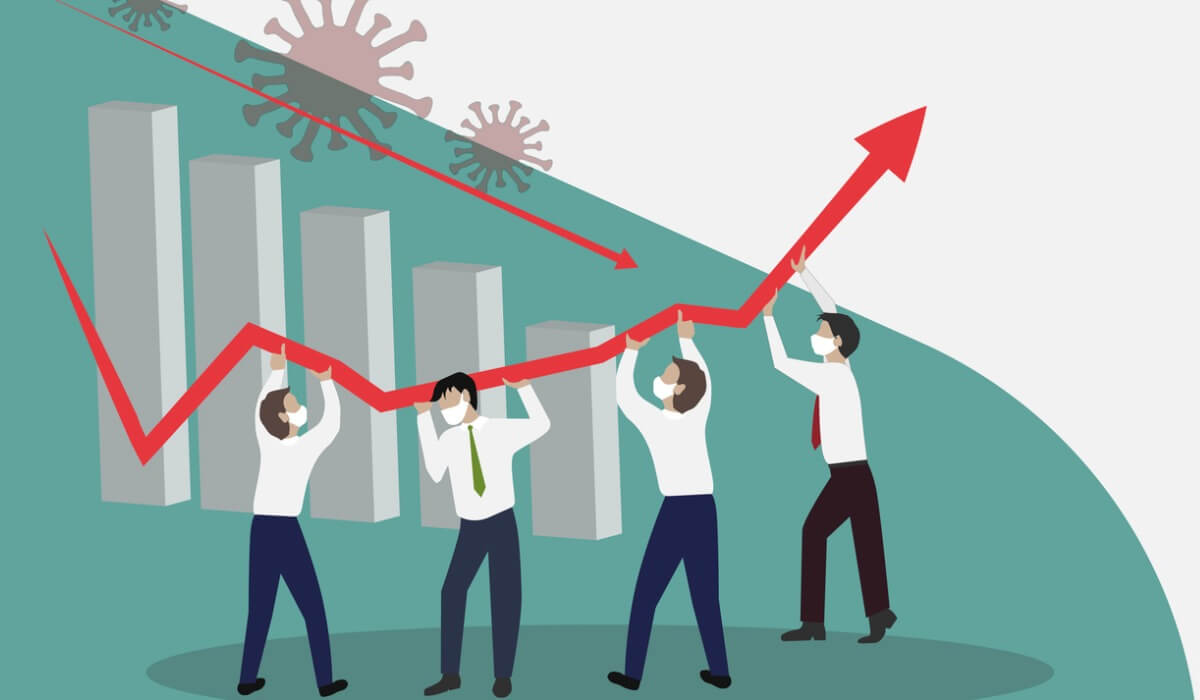 There was some relief following the data and the Euro resisted losses although the main feature was narrow ranges into the US open. The Euro was resilient despite a further widening of the Italian-German 10-year yield spread to 9-week highs.

The dollar was unable to gain significant support as potential support from stronger than expected data was offset by a dip in defensive demand. The US currency secured some relief against commodity currencies and EUR/USD settled around 1.2170.

CFTC data recorded a net increase in long Euro positions to 163,000 contracts in the latest week, lessening the potential for further buying and maintaining the possibility of a sharp correction if there is a shift in sentiment.

Despite Euro-zone coronavirus reservations and further uncertainty over the Italian political situation, US dollar weakness dominated on Monday with EUR/USD around 1.2180 as commodity currencies posted net gains.

The dollar remained generally weak on Friday, but did move higher following the latest US PMI data. The Japanese yen lost some ground even though bond yields edged lower and equities lost ground and USD/JPY edged higher to around 103.80 at the New York close.

Markets expect that the Federal Reserve will maintain a notably dovish stance at this week’s policy meeting, but fresh fears over the near-term outlook could trigger renewed defensive support for the US currency. Progress on economic support measures will also be a key factor in the short term as Congress returns to session.

There were some reservations over US-China relations with a US aircraft carrier group entering the South China Sea over the weekend. Comments from the Biden Administration on foreign policy will be monitored closely in the short term even if economic developments dominate and the fiscal stimulus dominate sentiment.

The dollar was unable to make headway on Monday and USD/JPY settled around 103.70 with the yen slightly weaker on the crosses.

According to the flash reading, the UK PMI manufacturing index declined to 52.9 for January from 57.5 previously and below consensus forecasts of 57.3. The services-sector index retreated sharply to an 8-month low of 38.8 from 49.4 and below forecasts of 49.9 with the composite production index also at 8-month lows. There were important supply-chain difficulties within manufacturing and the underlying performance was weaker than the headline would suggest. The services sector was inevitably undermined by coronavirus restrictions, reinforcing expectations of a sharp first-quarter GDP contraction.

Sterling continued to lose traction following the data with concerns over underlying vulnerability, especially with speculation that there would be further delays in re-opening schools and easing coronavirus restrictions. There will be further fiscal stresses, increasing the pressure for further Bank of England action.

The UK currency still gained some protection from optimism over the vaccine programme and the number of new cases continued to ease slightly. After dipping to lows below 1.3650, GBP/USD recovered to around 1.3680 while EUR/GBP peaked at 0.8920 before retreating to just below the 0.8900 level.

Sterling made net gains on Monday despite coronavirus concerns with GBP/USD back above 1.3700 while EUR/GBP retreated to 0.8875 as risk appetite held firm.

The Swiss franc was again held in very tight ranges with some protection from the more vulnerable tone in global risk conditions. EUR/CHF overall posted a marginal net advance to 1.0775 with the dollar unable to sustain gains and USD/CHF settling around 0.8850.

Unease over the Italian political situation provided some support for the Swiss currency, although overall moves were limited. EUR/CHF nudged higher to 1.0780 on Monday while USD/CHF was trapped close to 0.8850 as the US currency posted wider losses.

During Friday, the Australian dollar was hampered by the weaker tone surrounding risk appetite with the decline in equities helping to trigger a significant correction. In this AUD/USD environment, retreated to lows just above 0.7700.

Preliminary Australian trade data recorded a 16% gain in exports from December which underpinned sentiment. Risk appetite recovered and the US dollar lost ground with AUD/USD strengthening to around 0.7740.

The Canadian currency also corrected sharply from higher level seen earlier in the week. As oil prices retreated, USD/CAD strengthened to highs around 1.2740.

Oil prices were little changed on Monday, but the US currency lost ground and USD/CAD retreated to just below 1.2700 as risk appetite stabilised.

The Norwegian krone was subjected to a correction on Friday amid the more defensive tone in risk appetite and a retreat in oil prices.

Overall, EUR/NOK strengthened to around 10.33 and held gains into the New York close.

As risk appetite stabilised, EUR/NOK retreated to around 10.31 on Monday with USD/NOK just below 8.47

The Swedish krona was resilient despite fresh speculation that the Riksbank could cut interest rates again and EUR/SEK hit resistance close to 10.10. The pair settled near 10.08 on Monday as risk appetite held steady with USD/SEK retreating to 8.27.

Euro-zone equities were undermined by unease surrounding the short-term Euro-zone outlook, especially given further setbacks in the vaccine programme. Euro-zone indices were also hampered by the weaker tone on Wall Street.

The German DAX index declined 0.25% with other major bourses again under-performing with a 1.0% decline for the Spanish IBEX index.

Major UK industries were also hampered by the more defensive global risk tone, especially as oil prices lost ground. Optimism over vaccine trends was offset by fears that lockdown restrictions would last longer with a 0.3% decline for the FTSE 100 index.

There was a more defensive tone in Wall Street on Friday amid reservations over the near-term outlook. The PMI data limited losses and overall sentiment held firm with the S&P 500 index declining 0.3%, but futures moved higher on Monday.

The US advance helped underpin sentient in Asia with notable buying late in the Chinese session.

EIA data recorded a sharp increase in oil inventories of 4.4mn barrels for the latest week compared with expectations of a small draw. There was some relief that gasoline stocks registered a small draw on the week.

According to Baker Hughes data the number of US drilling rigs increased to 289 from 287 previously.

Overall, WTI dipped sharply to lows just below $51.50 before rebounding strongly to above $52.50 p/b.

Overall, WTI settled close to $52.0 p/b and posted a net gain to $52.50 on Monday amid firm risk conditions and strong buying in early Europe while Brent moved higher to $55.50 p/b.

Precious metals dipped sharply into the New York open as equities retreated and the dollar secured an element of relief. There were also some doubts over Biden’s fiscal stimulus plans.

Gold declined to lows just below $1,840 per ounce before a rally back above $1,850 as the US currency failed to hold its best levels.

Gold was marginally higher on Monday, just above $1,850 per ounce amid the weaker US dollar with silver close to $25.50.

Cryptocurrencies posted notable gains during Friday despite a weaker tone surrounding risk appetite and a limited US dollar recovery.

Bitcoin strengthened to highs close to $34,000 at the New York close.

Overall bitcoin volatility subsided during the weekend, although there was a dip ahead of the Asian open with a slide to near $31,000. There was strong buying support in Asia as equites gained and the US dollar lost ground with bitcoin strengthening to above $33,000.

Ether surged over the weekend with a spike to fresh record highs around $1,475 in Asia on Monday before consolidation around $1,410.