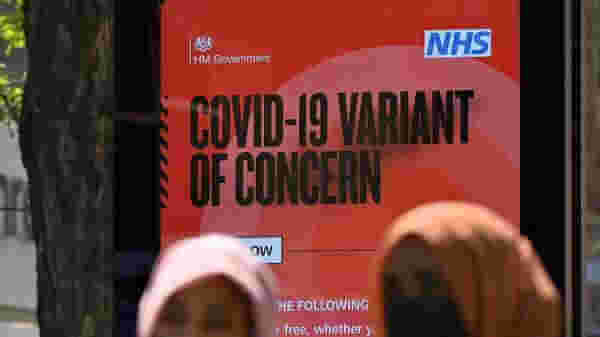 The Euro-zone Sentix investor confidence index strengthened to a 40-month high of 28.1 for June from 21.0 the previous month and above consensus forecasts of 26.0.  The data maintained expectations that the Euro-zone economy would continue to recover strongly over the next few months.

The dollar was unable to secure further traction ahead of the New York open with EUR/USD edging higher after finding support just below the 1.2150 level.

Overall market activity was relatively subdued as is often the case on the Monday following the monthly US jobs data.

There were underlying expectations that the Fed would maintain a very accommodative monetary policy in the short term which would also tend to undermine dollar support, especially with yield support very weak in real terms amid higher US inflation. There was, however, also an element of caution ahead of important events on Thursday with the latest US consumer prices data and ECB policy meeting. The US employment trends index strengthened to 107.4 for May from a revised 104.3.

There was some speculation that the ECB would maintain a dovish stance to help sustain very supportive financial conditions. Nevertheless, EUR/USD continued to make headway with a move to near 1.2200 just ahead of the European close. The dollar was able to secure a limited recovery on Tuesday with EUR/USD around 1.2180 as commodity currencies lost some ground. German industrial production data recorded a 1.0% decline for April compared with expectations of a small increase.

US Treasury Secretary Yellen stated that the US economy is transitioning to a pre-pandemic state. The US dollar was unable to make headway ahead of the New York open and lost further ground after the Wall Street open amid wider selling interest with USD/JPY lows around 109.20.

There were no comments on monetary policy from Federal Reserve speakers with the blackout period in operation ahead of next week’s policy meeting and overall market ranges were lower. There was no significant impact at this stage from further debate surrounding the US infrastructure debate.

There was an element of caution ahead of the next round of inflation data releases with the Chinese data due on Wednesday. Japanese wages data was stronger than expected and there was a slight upward revision to first-quarter GDP data, but overall yen sentiment remained weak, especially with coronavirus concerns.

USD/JPY secured a slight recovery to 109.45 in Asia as the US currency secured a limited correction with EUR/JPY around 133.30.

Halifax reported that house prices increased 1.3% for May after a revised 1.5% gain the previous month with the year-on-year rate at 9.5% from 8.2%. Prices reached a fresh record high with the annual increase the strongest for just over five years.

The on-going strength of housing data maintained speculation that the Bank of England would have to shift to a less accommodative policy within the next few months which helped underpin Sterling, especially with expectations that the Federal Reserve and ECB would maintain very loose policies.

The UK currency was still hampered by reservations over the Delta coronavirus variant, although the impact was lessened by the on-going vaccination programme which should lessen the risk of serious illness, especially with new cases tending to be concentrated in young people.

Overall, Sterling posted net gains with EUR/GBP testing support below the 0.8600 level while there were was a net advance against the dollar, although with further GBP/USD resistance close to 1.4200.

Media reports indicated that the planned June 21st lifting of coronavirus restrictions would be delayed for 2 weeks. BRC data reported an 18.5% increase in like for like retail sales in the year to May with a 10.0% increase from 2019 while Barclaycard reported a 7.6% increase in spending compared with 2019. Sterling edged lower in early Europe as caution prevailed, although overall ranges were narrow ahead of key events with GBP/USD around 1.4160.

Swiss consumer prices increased 0.3% for May, in line with consensus forecasts and the annual rate increased to 0.6% from 0.3% which also met market expectations.

Swiss sight deposits increased slightly to CHF710.8bn in the latest week from CHF710.5bn the previous week which suggested that the National Bank had not been intervening significantly to weaken the Swiss currency in the latest period.

The franc held a firm tone with EUR/CHF retreating to near 1.0930 while USD/CHF dipped to lows around 0.8970. The Swiss currency held a firm tone on Tuesday as markets remained wary over longer-term inflation trends which maintained demand for the franc from a longer-term perspective.

The Australian dollar was initially held in narrow ranges on Monday, but gradually edged higher amid a weaker US dollar and AUD/USD advanced to around 0.7765 at the European close.

Business confidence edged lower for May, although there was a net gain for conditions.

The Australian dollar was unable to make headway, especially with some reservations over Chinese demand conditions and AUD/USD edged weaker to 0.7730 before settling around 0.7745.

Oil prices corrected further on Tuesday with USD/CAD strengthening to 1.2085 as the US currency posted a tentative net gain.

The Norwegian krone posted solid gains in early Europe on Monday with EUR/NOK retreating to lows below 10.05.

There was a retracement after the New York open, but krone buying on dips given that the currency was undervalued compared with an export basket.

The pair settled around 10.07 on Tuesday with USD/NOK around 8.27 ahead of inflation data later this week.

The Swedish krona eventually settled marginally lower in choppy trading with EUR/SEK around 10.06 amid some switching into the Norwegian currency while USD/SEK consolidated around 8.26.

Euro-zone equities were held in tight ranges on Monday with underlying optimism over economic recovery offset by some reservations over valuations and slight losses on Wall Street.

The German DAX index declined 0.1%, but other bourses made headway with a 0.2% advance for the Eurostoxx 50 index.

Major UK stocks opened significantly higher, but there was selling interest on rallies as optimism over a global and domestic recovery was offset by reservations over the leisure sector. With Wall Street edging lower, FTSE 100 index gains were held to 0.1%.

Wall Street indices were held in tight ranges with hesitancy over buying ahead of the inflation data and reservations over valuations while there was some concern over tax plans. The S&P 500 index traded slightly lower, but with gains in the tech sector.

US futures were little change on Tuesday, although the overall mood was more cautious in Asia

Oil prices were unable to make further headway on Monday with underlying optimism over demand offset by reservations that a strong global recovery had already been priced in.

There were also some concerns that commodity prices overall were overbought and Chinese demand for crude was weaker than expected.

WTI dipped to lows just below $69.0 p/b, although there was solid buying on dips.

There was a further correction on Tuesday with WTI retreating to $68.75 p/b while Brent traded just below $71.0 p/b.

Precious metals were little changed in early Europe on Monday, but gradually regained ground as the US dollar retreated and US yields remained at lower levels.

Gold settled around $1,895 per ounce with silver edging towards the $28.00 per ounce area.

Precious metals held firm on Tuesday with gold just below $1,900 per ounce and silver around $27.80 per ounce.

There was, however, significant selling after the New York open with coins losing ground despite a weaker US dollar.

There were further concerns over the threat of increased regulation and China continued to crackdown on social media accounts linked to crypto assets.