US employment data was mixed 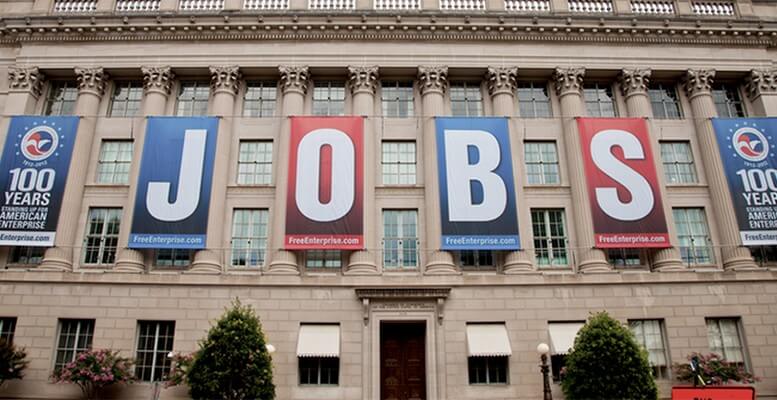 Major currencies were confined to tight ranges ahead of Friday’s US employment data. Headline March non-farm payrolls increased 196,000 compared with consensus forecasts of 180,000 and there was a small upward revision to 33,000 for February from the previous estimate of 20,000. The unemployment rate held at 3.8%, although this was due to a decline in the participation rate as the household survey recorded a decline of over 200,000 in the number of employed people. The increase in average hourly earnings was held to 0.1% on the month compared with expectations of 0.3% and the year-on-year increase declined to 3.2% from 3.4% which maintained expectations of subdued underlying inflation.

The dollar edged lower following the data with the weaker tone in wages growth underlying sentiment. Losses were, however, limited given the mixed data and the currency regained ground later in the session. Other major currencies remained on the defensive, especially given expectations of dovish policies elsewhere. In relative terms, the US outlook was still attractive and EUR/USD was unable to break above 1.1250 with consolidation near 1.1225.

CFTC data recorded an increase in speculative, dollar longs to the highest level since December while the number of Euro shorts increased sharply to the highest level since late 2016. The positioning will maintain the potential for a sharp squeeze if there is a catalyst for dollar selling. Markets are, however, expecting the ECB to maintain a very dovish stance at Wednesday’s policy meeting, limiting Euro support, and the dollar drifted only slightly lower on Monday with EUR/USD still near 1.1225.

US Treasuries advanced after the US employment report with lower yields having some negative dollar impact, although moves were limited. President Trump again called for the Federal Reserve to cut interest rates and should also reverse the balance sheet policy by resuming bond purchases. From a short-term perspective, markets were still expecting that interest rates would remain on hold in the short term while longer-term uncertainty increased. Equity markets made net headway which curbed defensive yen demand and USD/JPY held firm close to 111.70 in late US trading.

Over the weekend, Chinese officials stated that fresh progress had been made on trade talks with the US which helped underpin risk conditions and Chinese reserves posted another increase for March, although equity markets struggled to make headway. US yields also drifted lower with the 10-year yield just below 2.50% and USD/JPY retreated to just below 111.50.

The UK Halifax house price index recorded a 1.6% decline for March with the annual increase held to 2.6%, maintaining concerns over weakness in the housing sector, although political developments still dominated.

Dutch Prime Minister Rutte suggested that Prime Minister May’s letter to the EU was not enough to provide a further extension and that he hopes the UK would provide greater clarity ahead of the EU Summit. Sterling was also hampered by a lack of positive rhetoric surrounding Brexit talks between the government and opposition Labour Party.

EUR/GBP moved above 0.8600 while GBP/USD declined sharply to lows below 1.3000 before finding some support. The UK currency gained some protection from fresh gains in oil prices and an element of optimism over the global growth outlook. There were no substantive political developments over the weekend with talks set to resume on Monday. Markets took a slightly more optimistic stance with GBP/USD back above 1.3050 and EUR/GBP just below 0.8600.

The Swiss franc continued to edge lower on Friday with the improved tone in global risk appetite curbing potential defensive demand for the currency. The franc still gained an element of protection from concerns over the European political outlook.

An increase in Swiss reserves suggested the National Bank may have been intervening which deterred potential buying. EUR/CHF settled around 1.1230 with USD/CHF testing resistance above 1.0000 without being able to make a decisive break and the franc edged stronger on Monday as global equities lost ground.

The Australian dollar briefly gained ground after the US employment data, but AUD/USD failed to hold the gains as the US currency regained ground and dipped to test support just below 0.7100.

Domestic jobs openings data was subdued and risk conditions were slightly more cautious with AUD/USD trading just below 0.7100 on Monday despite fresh gains in iron-ore prices.

Canadian employment declined 7,200 for March following an increase of close to 56,000 the previous month and was slightly weaker than consensus forecasts of no change in jobs. Full-time jobs declined 6,400 with a slight decline in part-time employment.

The Canadian dollar dipped lower after the release, although there was USD/CAD resistance above 1.3400 with the Canadian currency protected by higher oil prices.

Crude held a firm tone on Monday with USD/CAD consolidating around 1.3380.

The Australian dollar struggled to make headway during most of Friday with EUR/NOK pushing to the 9.67 area, although the currency did secure late support from a fresh gain in oil prices with EUR/NOK edging lower.

The krone was little changed on Monday despite the firm tone in oil prices with USD/NOK around 8.60

The Swedish krona drifted lower on Friday amid a lack of fresh trading incentives with EUR/SEK settling just below 10.43 and the currency was little changed on Monday with USD/SEK around 9.30.

Euro-zone equities edged stronger during Friday with some relief that there were no major negative factors in the US employment report, but gains were capped by underlying European growth doubts.

The Eurostoxx 50 index posted a gain of 0.15% to fresh 6-month highs with limited gains across all major bourses.

New York stocks gained some reassurance from the employment data and sentiment held firm despite an element of caution. The S&P 500 index gained 0.45% to fresh 6-month highs.

US futures dipped lower on Monday and Asian equities overall were unable to make headway.

Japan’s Nikkei 225 index declined 0.2% as the dollar retreated slightly, although the Australian ASX index gained 0.55% as advances in the energy and mining sectors provided support.

Crude drifted lower ahead of the New York open with an element of profit taking after recent gains.

Oil prices drew an element of support from the stronger than expected increase in non-farm payrolls.

Supply issues were also an important factor for crude with underlying concerns over Iran and Venezuela amplified by fears of military conflict in Libya which could disrupt production and exports.

Baker Hughes data recorded a sharp increase in the number of oil rigs to 831 from 811 previously, but crude held gains into the New York close. CFTC data also recorded an increase in long crude positions to 5-month highs

Gold was confined to relatively narrow ranges during Friday and found support below $1,290 per ounce, although with only limited gains after the US employment data.

A softer dollar provided some gold support on Monday with a move above $1,295 per ounce, but silver was held around $15.10 per ounce.

Cryptocurrencies held a firm tone on Friday, although trading ranges were narrow as bitcoin fluctuated around the $5000 area.

CFTC data recorded a further small increase in bitcoin shorts, maintaining the potential for a squeeze.

There was choppy trading during the weekend with an initial bitcoin advance to $5200 reversed. The ability to find support near $5000 triggered fresh gains with a push to fresh 4-month highs near $5300 as momentum attracted fresh investor interest.