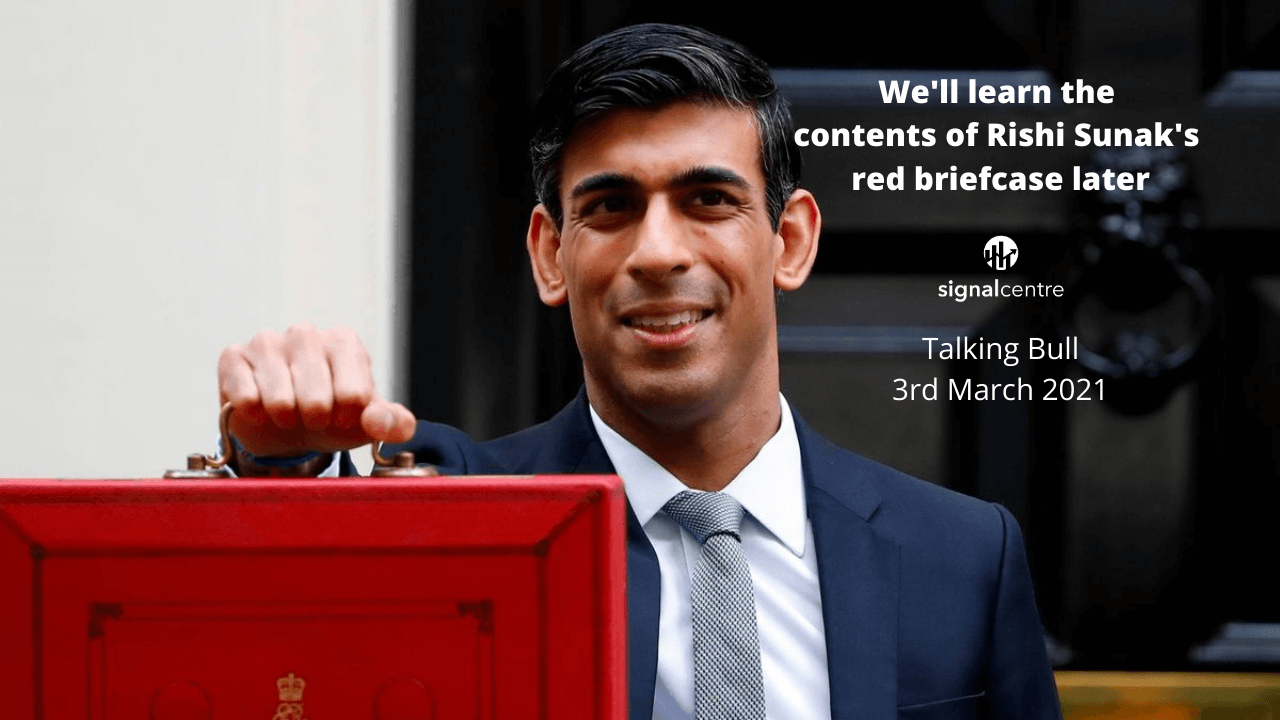 Good morning and welcome to episode 323 of ‘Talking Bull’. In this video/podcast we cover the main headlines and what to expect from the day ahead.

We are currently up 101.96% collectively since we began recording Talking Bull on the 30th October 2019.

We’ll learn the contents of Rishi Sunak’s red briefcase later when the U.K. Chancellor of the Exchequer presents the country’s budget. Sunak and colleagues have been setting the scene for possible tax increases and spending cuts to recoup some of the huge payouts on pandemic support measures like furlough, which is set to be extended. Still, most investors expect Sunak to hold fire on a corporate tax hike until some sort of normality has resumed, rather than risk hurting the recovery, though he may guide for a higher rate to come. For equity markets, housebuilders, mortgage lenders and pub and restaurant operators are some of the key sectors in focus today.

German Chancellor Angela Merkel proposed a four-step lockdown easing strategy accompanied by widespread Covid-19 testing, amid political pressure to open up the euro area’s largest economy. Restrictions on private meetings between households will be adjusted, while measures like shuttering non-essential stores, gyms and restaurants will be prolonged.

Oil crept up after a three-day fall with the OPEC+ alliance said to be poised to agree on an output increase at its meeting this week. West Texas Intermediate gained 0.3% following the worst losing run since December as Brent also rose. The widespread view among the group is the market can absorb extra barrels, according to people familiar with the matter. That could put the group on track to implement the majority of the 1.5 million barrel-a-day output increase that’s up for debate on Thursday.

Finally, the quarterly review of the FTSE 100 index is due to be announced after the close of trading, with supermarket Morrison among the stocks facing potential relegation.

A strong session overnight saw the Hang Seng and CSI 300 lead the way with 2% gains despite widespread losses seen throughout US markets yesterday.

Market continue to straddle the optimism around a vaccination-led economic bounce, with fear of rising Treasury yields. With US yields having turned lower for the third consecutive session, this week has seen some of that pressure taken off for the time being.

Meanwhile, the Chinese Caixin services PMI survey for February eased back to a ten-month low of 51.5, following a January figure of 52.0. Looking ahead, a host of final PMI readings throughout Europe and the US lay the foundations for a day that will ultimately be dominated by the UK budget, US ADP payrolls, and US crude inventories releases. 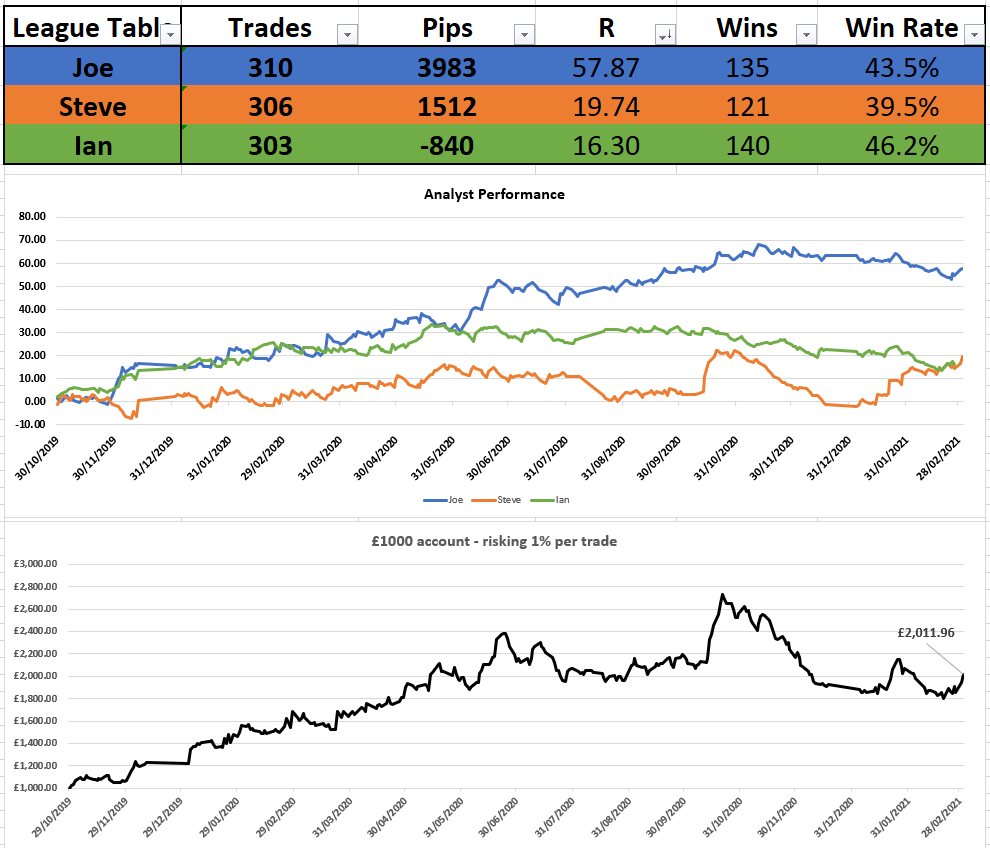